England were humbled by an impressive India by 8 wickets in the 1st Royal London ODI cricket match held at Trent Bridge. Kuldeep Yadav was at his very best.

"For me it's a big day. I started pretty well, luckily I got some early wickets."

Kuldeep Yadav grabbed the best figures by a spinner in One Day International Cricket (ODI) in the UK to ensure India registered a massive 8 wicket win against England.

The 1st game of the 3 match Royal London ODI series was a day/night game, which took place at Trent Bridge in Nottingham on 12 July 2018.

Indian captain Virat Kohli won the toss and elected to field on a hot, humid and muggy Thursday late morning.

This was a match between the top two teams in ODI cricket. There was not much separating both sides, other than India just having the edge after winning the T20 series.

Despite both teams liking to attack, India had a slightly different approach. Kohli and his Men in Blue preferred to chase.

It was a full house in the ground, with so many passionate fans taking selfies. To be precise the crowd reached a James Bond figure of 17,007.

The match was attended by former Indian players such as Ashish Nehra and Farokh Engineer. Bollywood actress Anushka Sharma was also inside the stadium supporting Team India.

Moeen Ali was also back in the side after being left out of the T20 squad. 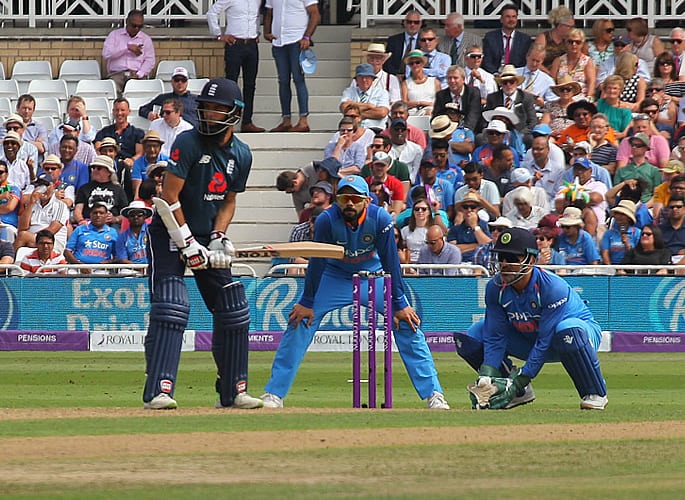 Medium pacer Siddarth Kaul wearing a red headband made his debut for India and opened the bowling with Umesh Yadav.

David Boon from Australia was the match referee.

It was the usual pair opening for England, Jason Roy and Jonny Bairstow.

India went with one slip at the beginning. There was an early swing for India as Roy edged it towards the second slip region for a boundary.

England got going when Bairstow hit a meaty six to bring their fifty up in the 8th over.

With England enjoying the Indian pace bowlers, Kohli brought leg-spinner Yuzvendra Chahal into the attack. Kuldeep Yadav was soon operating from the other end.

Looking to be aggressive, a reverse sweep from Roy (38) found him caught at cover by Umesh Yadav off leg-spinner Kuldeep Yadav.

Joe Root (3) was next to go as he did not read the ball spinning into him, with Yadav picking his second wicket. He was plumb lbw on the back foot.

In the very same over, Bairstow was given lbw following a TV review request from Kohli. There was clearly no bat on ultra edge. And the ball tracking showed the ball pitching in line, the impact in line and hitting the top off stump.

Whilst England had a powerful start, their batsman could not read the Indian leg spinners. From 73-0, they lost three wickets in the space of only nine runs.

With players having drinks, England had to regroup and rebuild at  83-3 by the end of the 15th over. At this point in time, Kohli’s plan to take the English batsmen was spot on.

English skipper Eoin Morgan smashed a flat six and straight boundary off Hardik Pandya in the 19th over to ease the pressure momentarily.

But in the very next over, Chahal got Morgan (19) out to a soft dismissal, caught at mid-wicket by Suresh Raina. Wickets were evidently tumbling for England at regular intervals.

Ben Stokes and Jos Butler then built a much need 50 runs partnership off fifty-nine balls. This pair ran well between the wickets.

Butler was particularly in good nick as he notched up his 50 off just forty-five balls. On the evidence of his batting, one felt he should be batting at number 4 instead of 6.

Yadav claimed his fourth victim as Butler (53) was caught behind by Dhoni after trying to tickle it down the leg side. It was a great take by Dhoni, as India got a vital breakthrough

Coming to the crease Ali did not have his usual timing and could not motor on during power play 3. 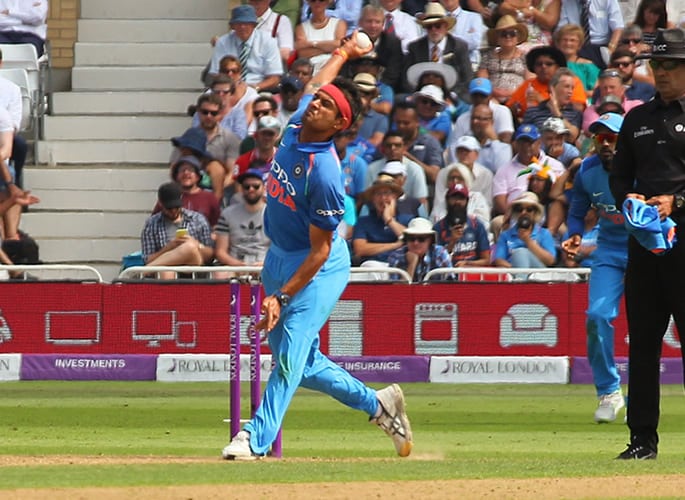 By now Kuldeep was looking for a fifer and did accomplish it. Stokes looking to reverse sweep found Kaul at backward point who took a stunning catch to remove him for 50.

Kuldeep with his worst and last delivery, took his sixth wicket after David Willey was out for 1, caught at deep mid-wicket by Lokesh Rahul.

After playing a quick cameo of 24, Ali was out, caught by a simple catch by Kohli at deep mid-wicket off Umesh Yadav.

And then Adil Rashid could not put away a low full toss and was the penultimate player out, caught at deep cover by Hardik Pandya off Umesh Yadav for 22.

Liam Plunkett was the last man to go, run out with one ball to spare. It was a total collapse for England. They finished 269 all out in 49.5 overs.

Kuldeep Yadav was the pick of the bowlers with a spectacular spell of 6-25 in his 10 overs.

India had set a very good field throughout the England innings. Kohli’s captaincy was perfect as he handled his wrist spinners very well.

Chasing a modest total, India got off to a flyer, scoring 37-0 by the end end of the 5th over, courtesy of Shikhar Dhawan and Rohit Sharma.

It was all Dhawan in the power play. He hit some nice drives and clips off the English bowlers. 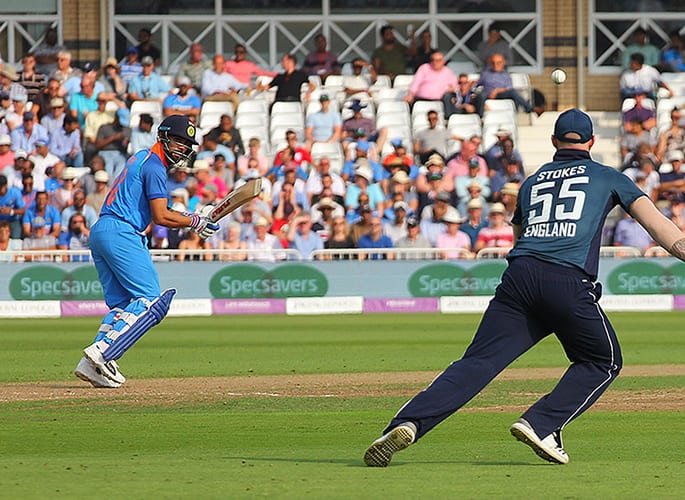 Sharma hit a wonderful six over mid-wicket to bring India’s fifty in the 7th over.

Just when you thought Dhawan was taking the game away from India, he got a thick edge to Rashid at backward point off Ali for 40.

In came Kohli, the king of the chase at the crease. Following the completion of the 15th over, the sun was shining on India as they were on 104-1. They were clearly ahead of the rate at this stage.

At the conclusion of the 18th over there was a pause for drinks. Soon after, Sharma continued from where he left off during the T20 series to a complete a well deserved 50 in the 22nd over.

Kohli bought his 50 very quickly too, just off 56 balls in the 25th over. This was his 47th fifty in ODI cricket. It was plain sailing for India as a demoralising England had no answer.

Sharma had a reprieve on 92 when a difficult catch was dropped by Roy at point.

Cashing on his drop, Sharma reached his 100 off eighty-one balls with a straight hit down the ground.

Even though Kohli (75) got stumped out by Butler off Rashid late in their innings, India sailed to victory by 8 wickets in 40.1 overs. 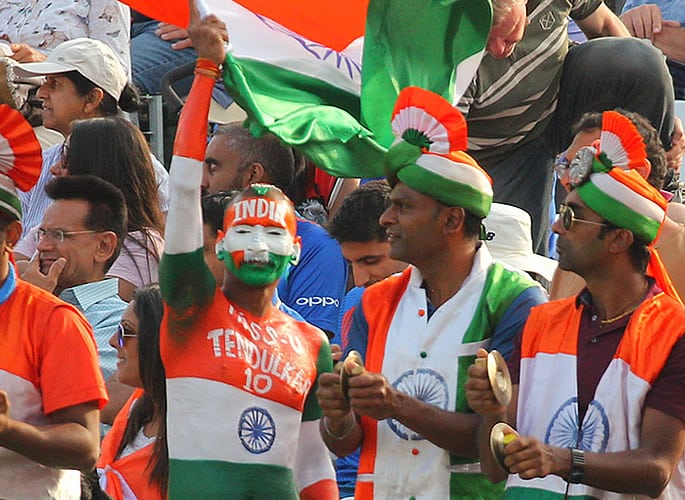 Hence India takes a 1-0 lead in the three-match series.

A disconsolate Eoin Morgan spoke about the defeat saying:

“Certainly not our best day we’ve had here, full credit to India they completely outplayed us.

“Playing against spin is a challenge we will hopefully continue to improve on.”

Man of the match Kuldeep Yadav was on a high about his performance as he told the media:

“For me, it’s a big day. I started pretty well, luckily I got some early wickets. For me, it doesn’t matter where I’m playing.

“There was a little bit of turn. After the first over I felt in the game. If you are using your variations it’s more difficult for the batsmen.”

With much to play for, England quickly needs to address how to play spin, before the second ODI match, which takes place on 14 July 2018.

Check some of the action from the game in our photo gallery: 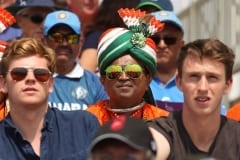 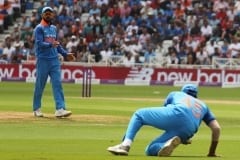 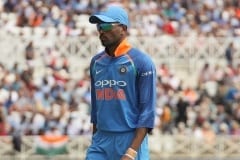 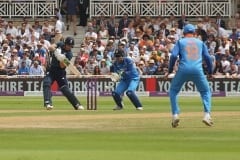 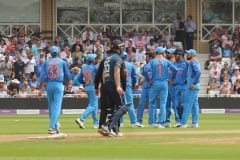 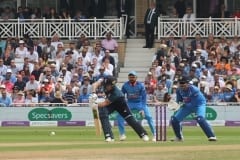 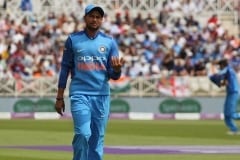 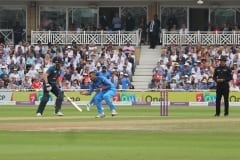 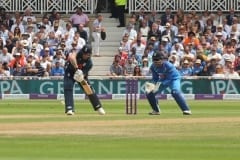 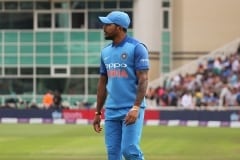 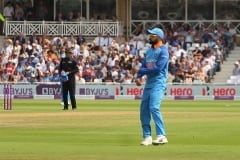 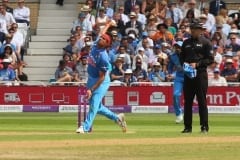 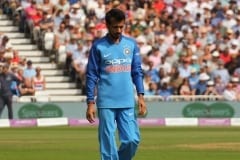 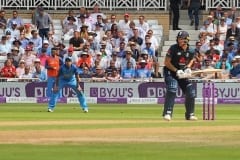 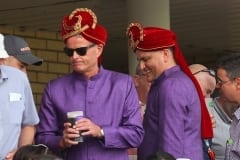 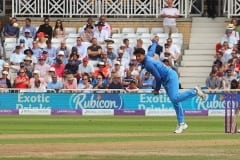 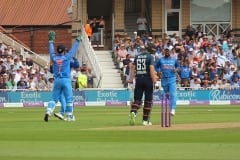 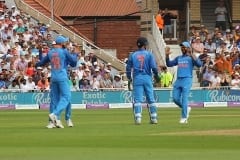 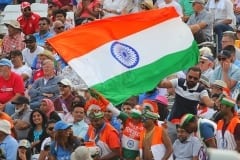