In the first leg of FIFA World Cup 2018 qualifiers, India has taken the lead against Nepal in a 2-0 win in India on March 12, 2015. DESIblitz reports.

“For me, we need to look forwards. I’m very optimistic that we won’t be where we are now in a couple of years.”

Chhetri scored both goals in the second half of the match that took place at the Indira Gandhi Athletics Stadium.

The first goal was a result of a smooth set up by Chhetri, Rodrigues and Robin Singh. The second was a joint effort between Jackichand Singh and Chhetri.

Chhetri had a chance to take India to a 3-0 lead, but shamefully missed his penalty in the 80th minute.

With India putting on a dominant display from the outset, Nepal could not get a clear scoring chance in the entire match and only had a few chances at goal.

In the past, India have done well to score a winning head to head over their opponents. In a total of 13 matches spanning over the last 30 years, India have sustained a good record of nine wins, two draws and two losses. 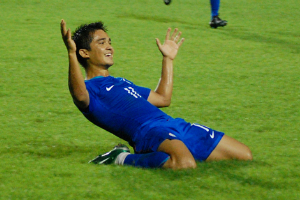 Both nations will be looking to improve on their rather disappointing past performances in the World Cup.

India have been regular participants in the qualifiers since 1994, after years of withdrawals and failing to qualify.

Though they have never made it past the first round, India will be looking to capitalise and advance after their promising triumph over Nepal.

Stephen Constantine, the British manager for India, is hopeful that he can make a difference.

He said: “For me, we need to look forwards. Whatever has happened in the past has happened. We need to change a few things. I believe I have the support from the AIFF (All India Football Association) to make those changes and I’m very optimistic that we won’t be where we are now in a couple of years.”

If Nepal hopes to put in a successful bid this time round, they need to put together a much stronger effort than their recent defeat against India. 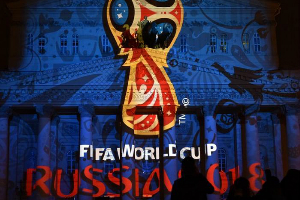 The second leg of the qualifier will be played on Nepal’s home soil. This may give Nepal a slight upper hand and better mental support from home fans.

However, they still need to seriously outplay their opponent for any hope of reaching the next round of qualification.

The match will take place on March 17, 2015 and the winner (on aggregate) will join the other five winning teams in the group in Round 2.

The starting line-up for India and Nepal in the first qualifying game against were as follows:

The 2018 FIFA World Cup will be held in Russia. This will be the 21st edition of the World Cup and the first to be held in Europe since 2006. The qualifying draw will take place at the Konstantinovsky Palace in Strelina, Saint Petersburg on July 25, 2015.