The killer of Gurpreet Singh a co-owner of a liquor store in Los Angeles was part of a high-speed police chase where he fired shots at cops from his car.

"We've got a big loss which can never be recovered."

A dramatic and terrifying high-speed police chase on the freeways in Los Angeles County in the USA resulted in a passenger leaning out and firing shots at police in pursuit.

The man firing was wanted for the murder of Gurpreet Singh, aged 44, a liquor store co-owner, on Tuesday, May 7, 2019.

Gurpreet was shot by a man who was caught on CCTV casually entering the ASL Liquor and Market store and then firing shots at him.

Initial thoughts are it was an attempted robbery but a clear motive has not been ascertained.

Upon finding out about Gurpreet’s killing, customers arrived at the store very upset to remember a man they got to know as a friend. 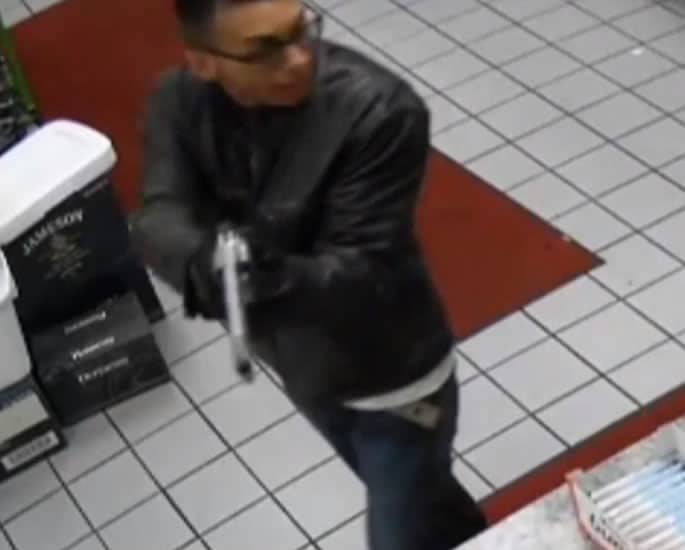 Singh was described as a kind-hearted person who was nice to anyone who visited the liquor store in Paramount Boulevard.

“We’ve got a big loss which can never be recovered.

“He was a very hard working guy. He loved his kids. He has two kids.” 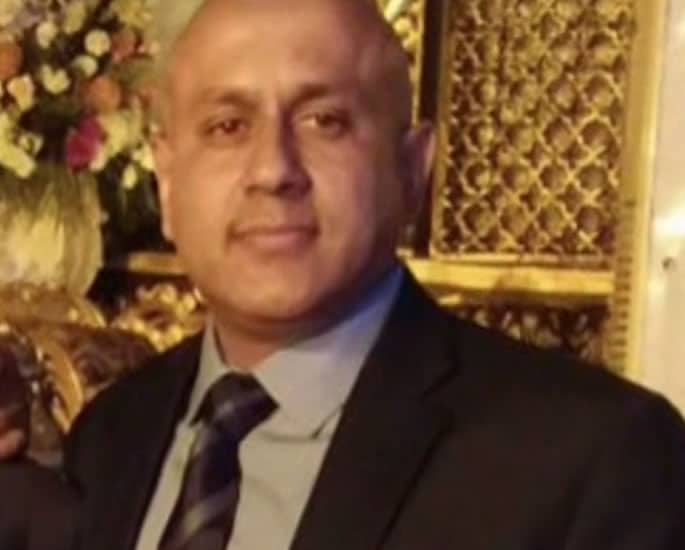 Gurpreet Singh, from Cerritos, was a dedicated husband, a family man and US Navy reserve.

The pursuit of the gunman who shot Gurpreet Singh started in the Maywood area of Los Angeles after police got a tip-off regarding a man fitting the description of the one who visited the liquor store.

Downey Police Department promptly acted on Friday afternoon, May 10, 2019, and came across the Toyota Prius with the wanted man inside and a female driver.

A hi-octane police chase then commenced with officers in cars pursuing the Toyota.

The man in the passenger seat leaned out the window and started to fire shots from his weapon, as a large-calibre revolver, at the police behind him on a busy 710 Freeway.

Retaliating gunshots were then fired by police according to investigators. Two Downey Police Department officers and four deputies from the Los Angeles Sheriff’s Department were involved in the gun battle.

Public onlookers were horrified and frightened by what they were witnessing. Some innocent people were caught in the crossfire with one man getting grazed by a bullet and a truck getting hit next to the car seat of his baby girl.

Jaydee Leroy, the man in the truck showed the bullet hole to media and said:

“Her car seat is here, and the bullet is there.”

He added: “It was scary though man, I’m still shooken up.”

One of the police cars was hit by the gunfire but no officers were injured.

A video of the car chase shows driving at extremely fast speeds until it came to a halt in Vernon at about 3.00 pm when the Toyota Prius got trapped between traffic in either side of it at Bandini Boulevard.

A car behind the Toyota backed away quickly and at that point, the passenger fired shots again at police.

Shots were fired at the car by officers from their patrol cars at the Toyota with the gunman and driver inside, shattering the rear window.

The female driver who was covered with blood came out of the car with her arms in the air and was immediately detained by officers. 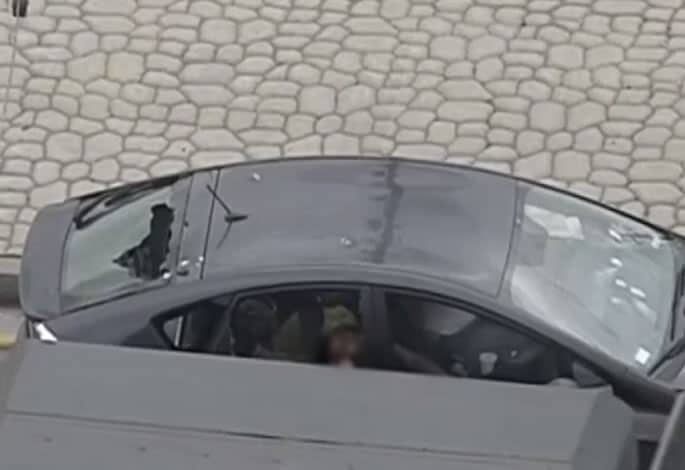 However, the gunman did not leave the car.

The area was cordoned off and police took cover behind the doors of their patrol cars, waiting for the man to come out.

A stand-off took place between police and the man for over an hour.

A robot was sent into to open the driver’s door of the Toyota and two flash-bang grenades were fired by it into the car.

But the man still did not come out.

A police dog was then instructed to go to the car and pull him out, after which the SWAT team dragged the motionless gunman out.

He was taken away by an ambulance. There is no word on his condition or the female driver’s status either.

Watch the video of the police chase: 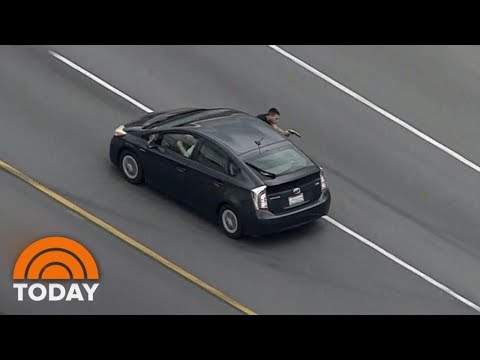 A police search was then conducted of an address related to the Toyota Prius South Bay area and the investigation into the murder continues.