Gurpreet Singh, who is accused of killing his wife at their home, told the court that he would “never ever” think of murdering her.

"Did you ever speak to him about killing your wife?"

Gurpreet Singh, aged 43, of Wolverhampton, is accused of murdering his wife at their home in 2018. A trial is underway at Birmingham Crown Court.

He allegedly stranged Sarbjit Kaur at their home in Wolverhampton. Singh has also been accused of offering to pay a man £20,000 to murder his first wife, who died in 2014.

Singh has denied any wrongdoing.

Singh gave evidence for the first time on May 10, 2019. He was asked by his barrister if he committed the murder of Sarbjit on February 16, 2018. Singh replied:

“No sir, I love my wife, she loves me and I would never ever think of this.”

Singh was also asked about whether he had anything to do with the death of his first wife Amandeep Kaur.

Singh described that Amandeep became ill on a family trip to India in December 2014 shortly after the death of his father. Amandeep later died.

Her death certificate stated that she died of a brain haemorrhage in Punjab, India.

Birmingham Crown Court previously heard evidence from a man called Heera Singh Uppal who alleged that Singh had offered to pay him to kill Amandeep.

However, Mr Uppal fled to India with a £2,000 advance payment without carrying out the murder.

Mr Uppal was to pretend to be a postman and stab Amandeep when she answered the door. He was then to steal items and make it look like there had been a burglary.

Orlando Pownall QC, Singh’s barrister asked: “Did you ever speak to him about killing your wife?”

Uppal claimed that he had been an employee of Singh, but the defendant denied employing him.

Following the funeral of his first wife, Singh met Sarbjit in April 2015. They got married three months later and she moved into his home on Rookery Lane. 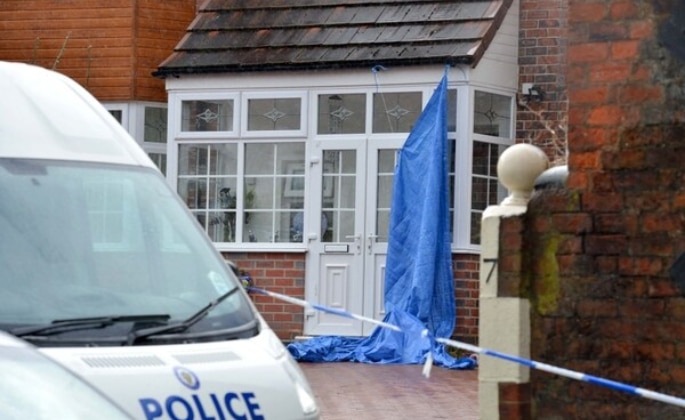 However, shortly after the marriage, Singh claimed that Sarbjit told him she had no legal rights to remain in the UK or that she had been married before.

Mr Pownall asked: “What later did you discover about her immigration status?”

Singh replied: “She had got no right to live here.”

Sarbjit was found strangled in her sewing room at their home. Prosecutors have alleged that Singh had help from a “mystery” accomplice.

The home was then ransacked to make it “look like a burglary gone wrong” before Singh calmly left for work.

It was claimed that Singh and the accomplice threw chilli powder in her face to incapacitate her before killing her.

CCTV footage showed a figure wearing a Parka coat and carrying a Sports Direct bag at the front gate of the house on the morning of the murder of Sarbjit.

Body cameras worn by police officers spotted scratches on Singh’s hands. He claimed that it was caused by handling “timbers” at work.

David Mason QC said: “This was not a burglary, during which Sarbjit lost her life.

“The defendant was helped by the unknown person that we all see on the CCTV, sometime between 8:15 am and just after 9 am that day.

“What we say has happened here may be blindingly obvious to you all ladies and gentlemen, but after Mr Singh has got back from the school run he had already planned to kill Sarbjit.

“He had obviously recruited someone else to help him.

“Whether it was a colleague, hired help, mistress, perhaps we will never know.”

Dhiren is a journalism graduate with a passion for gaming, watching films and sports. He also enjoys cooking from time to time. His motto is to “Live life one day at a time.”
Indian Mother kills her Two Daughters for Her Lover
Cyber Scam Fraudster Must Pay £2M or Face More Jail