Father and Twin Sons sentenced for Selling Drugs from Home

A father and his twin sons have been brought to justice for running a lucrative drugs business from their ordinary looking home in Oldham.

Nazarit Ali, aged 52, and his twin sons, Assam Ali and Qasim Iddbux, aged 25, have been all sentenced for running a lucrative drugs den from their house in Oldham.

The hearing at Manchester’s Minshull Street Crown Court heard how the father and two brothers had set up a drugs business from an ordinary looking terraced home on Malton Street in Oldham, supplying cannabis and cocaine to buyers in the town.

The two-up, two-down house had a security camera installed outside the front door, showing them who came to the door. While inside, the three men produced cocaine and packaged large amounts of cannabis to be sold on the streets.

Oldham’s Organised Crime Unit investigated the illegal activity at the house after intelligence gathering and enquiries into the operation.

They raided the home in July 2016 and found a plethora of drugs, chemicals and equipment used for creating the supply of drugs, including grinders, scales, a cocaine press to separate the drug into bags and cocaine mixing agents.

During the search, the officers seized bags of cannabis worth about £560 and over £1,600 in cash.

Also, several mobile phones were also confiscated by the officers.

The three men were subsequently arrested and were then charged with drugs offences. 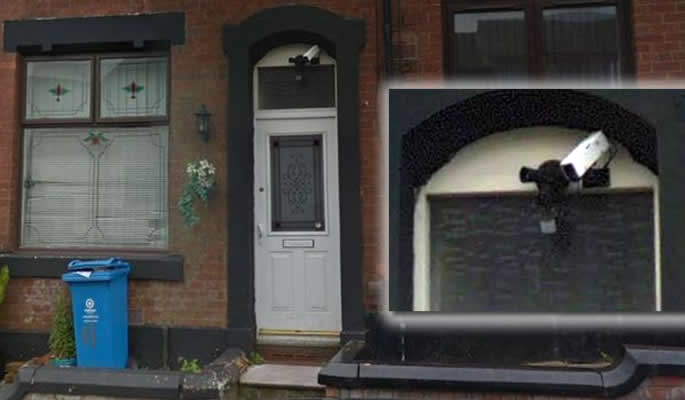 The trio of men was sentenced on Monday, July 2, 2018, after they admitted to the offences.

Assam Ali pleaded guilty to producing cocaine and conspiracy to supply cannabis, and he was sentenced to 15 months in prison.

His twin brother, Qasim Iddbux, pleaded guilty to the supply of cannabis, and he was given a 12-month community order, fined £200 and told to do 15 days of unpaid work.

Nazarit Ali, the father, pleaded guilty to possessing a firearm and possession of cannabis, and he was given a six-month jail sentence, suspended for 12 months.

“To the unsuspecting public this was an ordinary family home in Oldham, but behind closed doors, cocaine was being produced while cannabis was being packaged to be sold.

“Drugs blight our communities all the while lining the pockets of criminals who only want to feed their greed.

“I hope this case shows that drug dealers will not go unnoticed and will be caught.

“We will continue to do everything we can to rid our streets of these criminals and make Oldham a safer place to live.”

Amit enjoys creative challenges and uses writing as a tool for revelation. He has major interest in news, current affairs, trends and cinema. He likes the quote: "Nothing in fine print is ever good news."
Indian Bride slaps Man on Wedding Stage in Viral Video
Married Financial Consultant jailed for Raping Drunk Teenage Girl