Faissal Khan reveals if his Brother Aamir will Remarry

Faissal Khan, brother of Aamir Khan, has opened up about whether Aamir will remarry following his divorce from Kiran Rao.

“They know what is best for them.”

Faissal Khan, the brother of Bollywood star Aamir Khan, has opened up about Aamir’s divorce from Kiran Rao.

He also revealed if he thinks his brother will remarry.

Aamir Khan and Kiran Rao made headlines after announcing their divorce on July 3, 2021.

According to a statement released by the pair, they separated “some time ago” but will continue to “nurture and raise” their son together.

Faissal Khan is making a Bollywood comeback and a directorial debut with a new movie, titled Faactory.

He will also star in the film, and take on the role of an edgy lover.

Speaking to ETimes about his new project, Faissal Khan revealed how his brother Aamir reacted to it.

“Everything is okay between us. As an individual, I take my own decisions.

“I am not a director who doesn’t know what he has made.

“I have given my best and my producers have helped me with it.”

Faissal Khan was also asked about his brother’s personal life, and whether he plans to marry again after his divorce from Kiran Rao.

In regards to giving advice to his brother, Khan said that he could not give much help as he is divorced himself.

“I cannot give them any advice. My marriage didn’t work out, so I am no one to comment on anyone’s personal life.”

“They know what is best for them.”

Speaking of his own love life, Faissal Khan continued to say that he has no plans to marry or have a girlfriend.

According to him, he cannot afford it. He said:

“I have not made enough money to afford a wife and I don’t have any girlfriend, because having one is also an expensive affair.”

Faissal Khan made multiple revelations during his conversation with ETimes.

The director and actor was also asked if he has any issues with being known as Aamir Khan’s brother.

Faissal Khan admitted that he does not mind, as he is aware of his own identity and individuality.

Khan said: “When a person isn’t aware of himself, that’s when they get worried about such things.

“Some people will say that it is the work of the people to say.”

Watch the trailer for Faactory 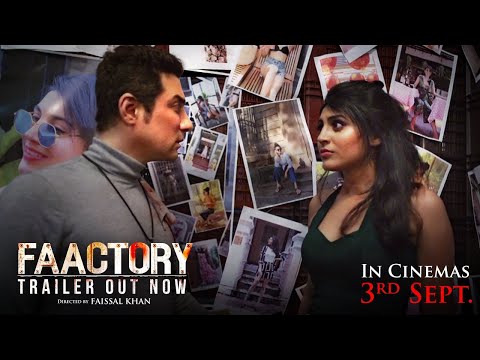