England beat India by thirty-one runs to keep their Cricket World Cup 2019 dream alive. Jonny Bairstow set the tone for the hosts with a terrific hundred.

"It was the closest to a complete performance"

A great all-around performance by England saw them defeating India by thirty-one runs at Edgbaston on Sunday, June 30, 2019.

Prior to this match, India was unbeaten. But the Men in Blue could not come close to an England side, who were professional in all departments. The hosts were exceptional with the bat, ball and in the field.

England skipper Eoin Morgan won the toss and made the decision to bat first. A fit-again Jason Roy came back to bolster the home side. Hence James Vince was left out.

Liam Plunkett came in for the out of sorts Moeen Ali.  India made one change, with Rishabh Pant rightly coming in place of Vijay Shankar.

This was an important toss for England to win. But they had to make a big score on the board to put pressure on India. India was also planning to bat first had they won the toss.

Many former Indian legends were in the stadium including Sachin Tendulkar and Krishnamacharya Srikanth.

On a cloudy, yet dry day, the stadium had a great atmosphere. It felt like we were in Bangalore than Birmingham. With the seas blue shirts and Indian flags dominating the ground. It was quite surprising to see only a few England flags waving. 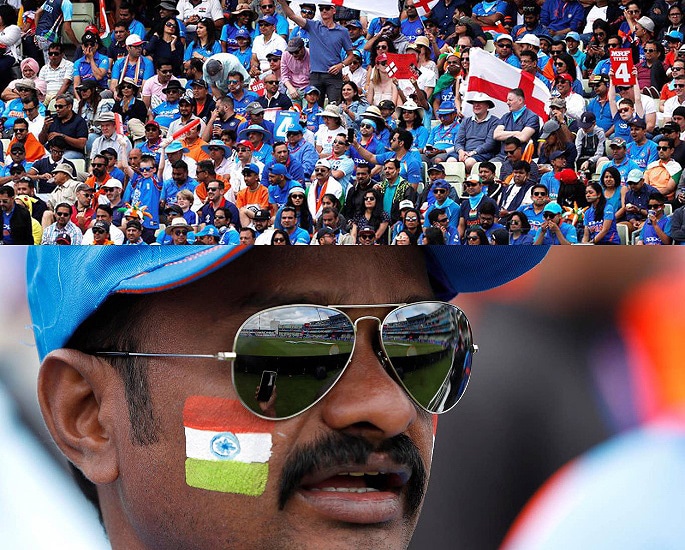 Following the national anthems, play began. The Indian players wore orange kits for the first time in the tournament. 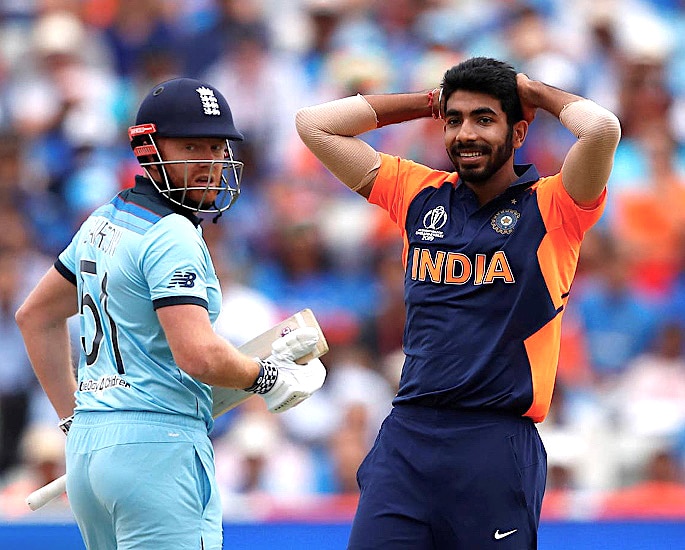 Jason Roy got an early reprieve when India did not take a review for a catch behind the wicket as umpire Dar gave a wide. That was a big error of judgment by the visitors.

Openers Roy and Jonny Bairstow gave England a terrific start. The host bought up their fifty in the 11th over.

Bairstow got to his fifty, with a six, which just went over the wider long-on fielder KL Rahul. England made a century stand with this six also.

Roy also brought up his fifty, highlighting the difference he had made to the side. Smashing sixes virtually every over, England reached their 150 in the 21st over.

Shortly afterwards substitute fielder Ravindra Jadeja then took an unbelievable catch diving to his left at long on off Kuldeep Yadav to get rid of Roy for sixty-six. England lost their first wicket after a superb opening partnership off 161.

With Bairstow’s century coming up in the 26th over, England were all set for a big score. His hundred came off ninety balls, hitting eight 4s and six 6s.

India was slightly sloppy in the field and not bowling at their best, particularly Yuzvendra Chahal who went for a lot of runs.

Two hundred came up for England in the 30th over. A wide slash from Bairstow (111) found Rishabh Pant at deep point off pacer Mohammad Shami to end his wonderful innings.

The wicket was on the cards as the England score rate went a little slow. Joe Root was a little cautious, taking a methodical approach to his innings.

Eoin Morgan (1) trying to hook the ball, got a spiralling top edge as Kedhar Jhadav took a brilliant catch running around from fine leg off a Shami bouncer.

At the times, this was disappointing batting from Morgan and quite irresponsible. From a terrific start, England was losing a bit of momentum.

Root was next to go, with Hardik Pandya taking a good catch, running around from fine leg once again off Shami for forty-four. It was not the most convincing innings, despite building a crucial seventy runs partnership with Ben Stokes.

Meanwhile, at the other end, Stokes was smashing the ball to all parts of the stadium.

Butler became Shami’s fourth victim, after making quickfire 20 off eights balls as the bowler took a juggling catch of his own bowling.

Woakes had a very brief stay at the crease, with Rohit Sharma taking an easy catch running in from the deep square boundary off Shami. Hence, the fantastic Shami took a fiver in the match.

After hitting one six and two fours in the 48th over Stokes was eventually out, scooping it to fine leg fielder Jadeja off Jasprit Bumrah.

England finished on a potential match-winning score of 337 for 7 in their fifty overs.

Despite England not going over 350, Stokes innings of 79 off fifty-four balls was vital to England’s chances. 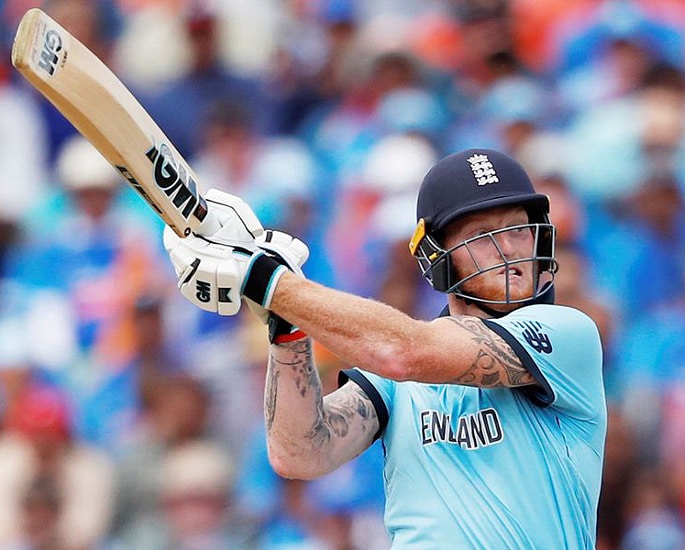 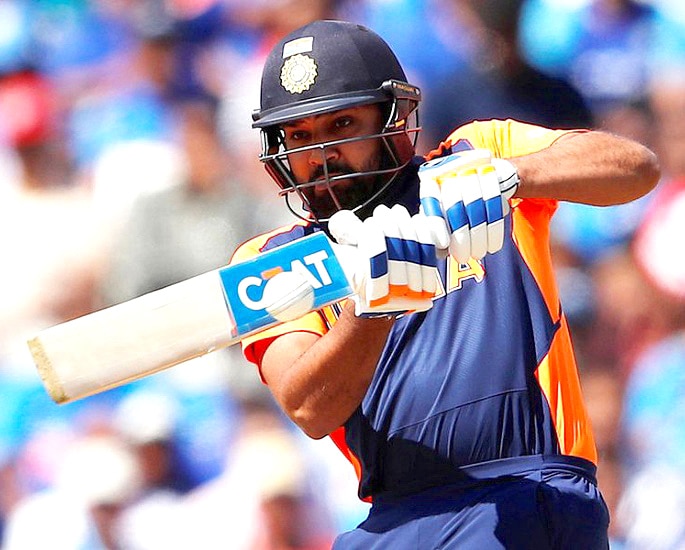 On good batting conditions, chasing 338 was a good test for the Indian batsman.

England did not have the best of starts, with Joe Root dropping a Rohit Sharma at second slip off Jofra Archer in the second over.

However, in the next over, Chris Woakes claimed an easy catch from his own bowling as KL Rahul got a leading edge.

Rahul was out for a golden duck, as India were 8-1.

Virat Kohli joining Sharma at the crease built a much-needed partnership. Kohli brought up his 50 in the 20th over off fifty-nine balls. Two overs later, they got to their hundred and in the 23rd over Sharma also reached his half-century off sixty-five balls.

Just when Kohli and Sharma were looking good, England got an important breakthrough. For once Kohli (66) was out to a soft dismissal, finding substitute fielder James Vince at backward point off Liam Plunkett.

And then after Sharma (111) made his hundred, he was caught behind off Chris Woakes for 102. From here onwards, with the rate above ten, it was going to be a struggle to chase such a big score.

Plunkett got his second wicket, with Woakes taking a stunning catch at the square leg boundary to remove Rishabh Pant (32) England’s fielding was top notch throughout the day.

It was now left to Mahendra Singh Dhoni and Hardik Pandya to work some magic for India. But the two could not manage to keep up with the score as the rate went over thirteen.

Pandya was caught by Vince at long-on off Plunkett. Pandya made 45 off thirty-three balls. Dhoni was very lacklustre with the bat as England registered a thirty-one runs win. 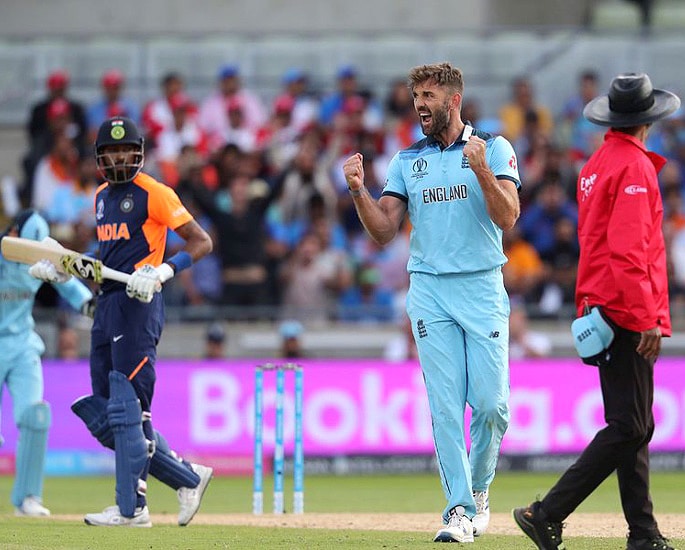 Bairstow who was given the man of the match spoke about England bouncing back and how the Indian Premier League (IPL) has benefited him:

“It was important to set up a platform. It’s been frustrating a little bit for the guys, we know how well we can play. But today we were pretty good with bat, ball and in the field. But there’s still things we can improve on against New Zealand.

“Having been at the IPL with VVS definitely helped (deal with spinners). The basic principles are the same. They bowled well up front and the ball did a bit, a couple of inside edges went for fours.

“But you capitalise when you can. It was the closest to a complete performance we’ve had in the competition, but we also know we’ve got three must-win games in this World Cup up next.”

Virat Kohli pointed out how every team had slipped up and acknowledged the performance of England:

“Look every team has lost a game here and there. No one likes to lose but you have to accept the other side played better.

“I thought they were going towards 360 at one stage and we did quite well to pull them back. We could have restricted them more but Ben played a good innings.

“We thought if we get a start we can get it but that didn’t happen, we still had a partnership. When Pant and Pandya were in there we thought we had a decent chance. But England were better on the day.”

Eoin Morgan was happy with England’s display at the post-match ceremony:

“I thought we’ve had an outstanding day. Winning the toss and batting was an easy decision and it ended up working out. Jason Roy coming back in, Jonny going on and getting a hundred that was magnificent.

“The continuation of partnerships throughout took us to a good total.”

They are huge threats, the two main spinners for India, but them being taken on was great to see. It’s the way we want to play our cricket.

“Throughout the innings the feedback was it got more difficult to bat on, it was getting more purchase off the deck, so I knew it wouldn’t be easy.” 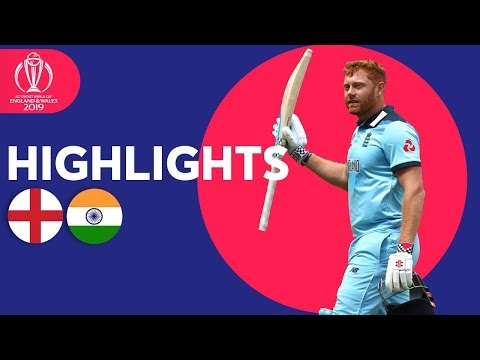 With England winning, they reclaim the fourth spot over Pakistan. England has to beat New Zealand to be certain of a last four place.

Meanwhile, Pakistan will be hoping that England loses its final group game against New Zealand on Wednesday, July 3, 2019. Alternatively, they will be banking on England to crush the Kiwis by a big margin.

Of course, Pakistan still has to win against Bangladesh on Friday, July 5, 2019, to earn a semi-final berth.

Whilst India is likely to qualify for the knock out stages, some question marks remain on their batting, especially Dhoni who is struggling.

Many former Indian and world cricket legends have also questioned Team India’s intent, considering they had wickets in hand. That is not to say England did not play well as they made great comeback after suffering two consective lossses.