DOOM vs Uncharted 4 ~ The Battle of Two Shooters

Face off against demons and mercenaries, as Uncharted 4 and DOOM go head to head, but which video game is better? DESIblitz investigates.

No guns need reloading. Reloading gets in the way of shooting everything.

An army of killers and demons nipping at your heels. Grab your gun and bring the fight to their door!

Both games include a robust campaign and addictive multiplayer, but how do they stack up against one another?

DESIblitz looks at what to expect from both games at launch.

While Uncharted 4 is a third person action adventure with shooting elements, DOOM sticks to its FPS guns, the two games share a lot of similarities. 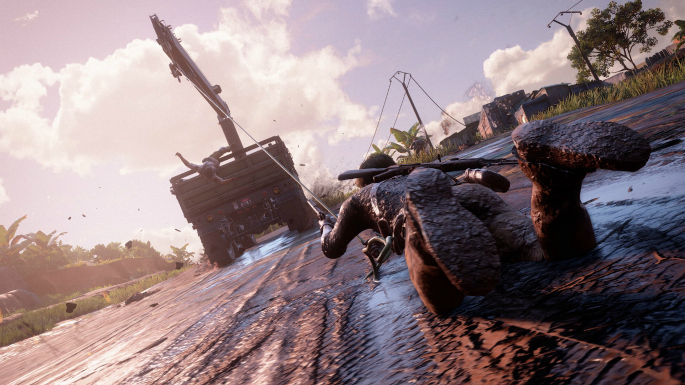 DOOM dives deep into hard science fiction. The setting: the UAC facility on Mars, overrun with demons, leading the player in a downward spiral into a literal representation of Hell.

2004’s Doom 3 received mixed feedback from fans, after it took a drastically different tone and pace, and iD are keen to return to the series’ strengths.

Gone are the dark corridors, monster closets and a protagonist who can’t hold a gun and a torch at the same time. The focus instead for DOOM’s core design is pace, aggression and reactive gameplay.

The player is the fastest entity in the game, but is vulnerable and needs to keep moving in order to stay alive. To support this fast, agile playstyle, iD have adopted a ‘skate park’ approach to level design. The emphasis is on giving the player plenty of room to move about and avoid dying.

This ‘skate park’ design is also supported by the game’s rune and mod system, that allows players to customise their DOOMguy to cater to a number of playstyles. The game is also perfectly playable without any of these modifications, for DOOM purists. 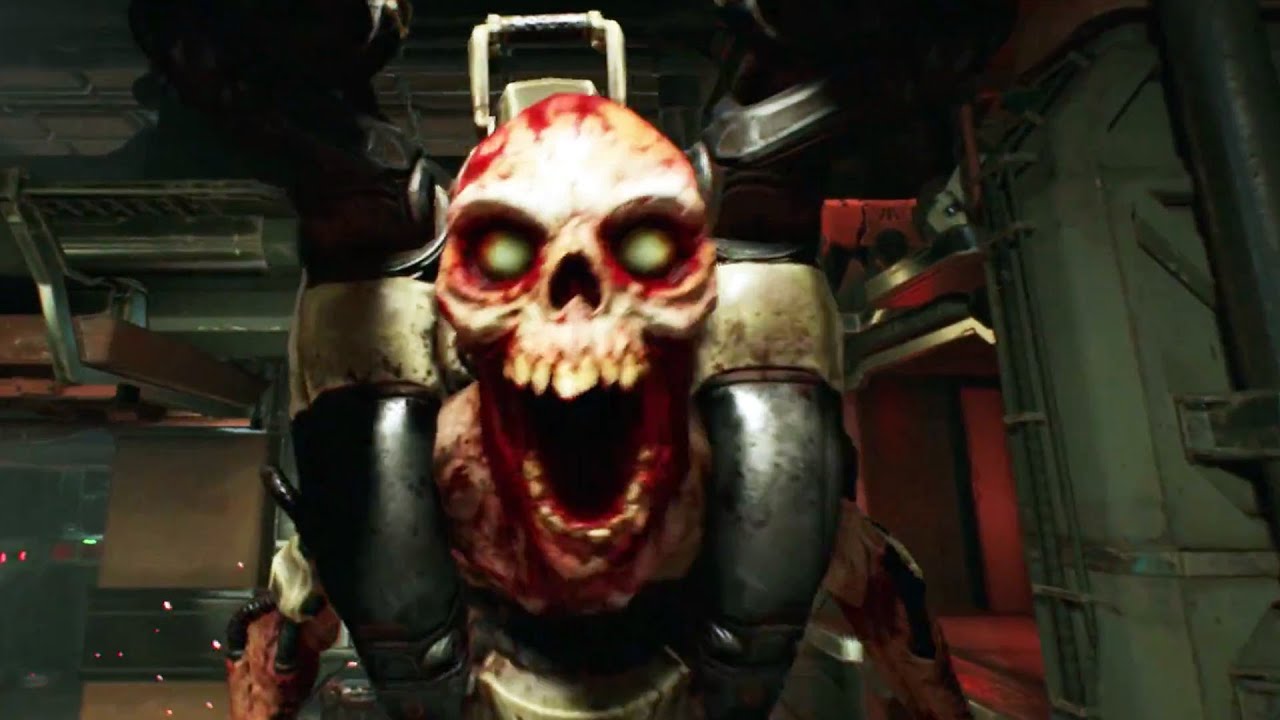 Guns are based in a weapon wheel system which was created for what iD call ‘flick-switching’, the intuitive ability to know where a particular weapon is on the wheel. Opening the weapon wheel slows time slightly, but the idea is not to break the pace of the game.

No guns need reloading. Reloading gets in the way of shooting everything. Ammo is plentiful, but ammo drops are designed to encourage the player to use all elements of their arsenal rather than simply sticking to one weapon.

DOOM’s commitment to pace also features in the campaign’s story, which is told without cutscenes. Audio logs and environmental storytelling are supported by optional lore that can be unlocked from a menu. iD have promised though, that players can choose to ignore all of this in favour for shooting more demons.

DOOM will be a firm favourite for fans of mechanic-heavy games that don’t punish the player for not playing ‘the right way’.

Uncharted 4 continues the series trend for a fantastical realism, as perpetual disaster machine Nathan Drake is reunited with his estranged brother, and ends up on yet another dangerous journey in search of treasure.

The game shooter elements share DOOM’s ‘need for speed’ mentality. The game is ostensibly a cover shooter, but cover in Uncharted 4 is fickle, and will leave you in a split second. 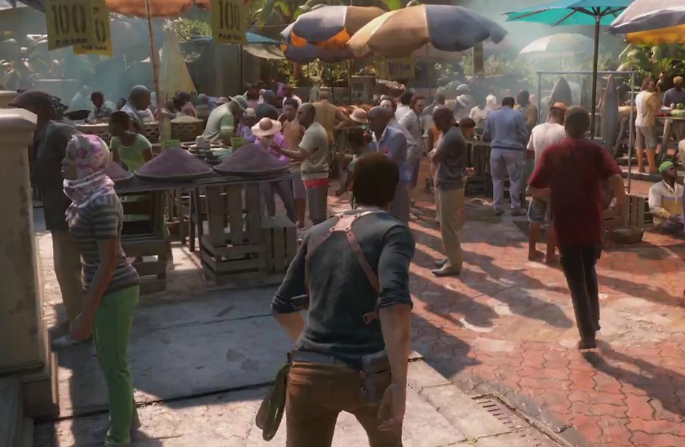 Mobility is once again paramount for survival, and Drake can dodge, sprint and clamber about the game’s numerous areas to have a tactical advantage against the enemy.

The weapon system looks to follow previous entries, with its ‘grab whatever’s lying around and keep shooting’ methodology.

There won’t be any weapon modifications, or character upgrades. The game is focused around a core set of mechanics that allow for a range of options when tackling challenges.

Traditionally a heavily linear story-driven series, Neil Druckmann has confirmed that there will be some moments where you have to choose dialogue, but these will be few and far between. Druckmann said in an interview with Eurogamer:

Uncharted 4 promises a more open style of gameplay, akin to Naughty Dog’s last game, the critically acclaimed, The Last of Us. 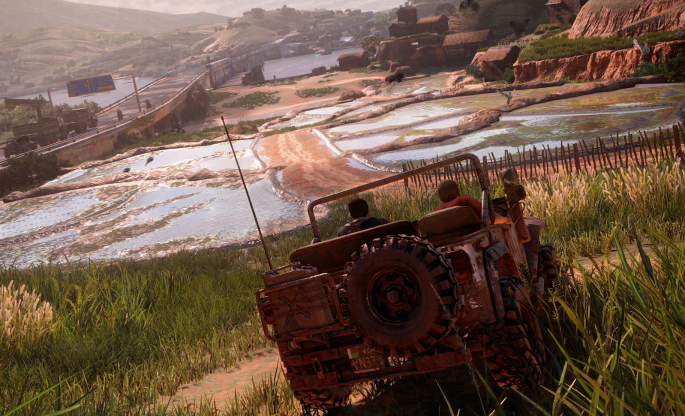 From E3 2015’s showreel footage, it is clear that Uncharted 4’s campaign will be like a roller-coaster: an explosive, wild ride with a compelling story and bucket loads of ludonarrative hubris.

Both games will enjoy an expansive multiplayer mode, featuring fast paced conflict, a visceral arsenal and a range of customisation options.

DOOM’s multiplayer mode, made available to try out in a recent beta test, channels the classic PC L.A.N. multiplayer games like Quake.

The campaign’s customisation options transfer over to multiplayer too, with players able to change their loadout and modifications to suit different play styles.

Conventional multiplayer modes such as Domination, Team Deathmatch and Clan Arena will be present at launch, alongside Kill Confirmed style Soul Harvest, a frosty tactical twist on TDM called Freeze Tag, and Warpath, a hazardous, mobile version of King of the Hill.

There will be nine multiplayer matches available at launch, and iD are promising multiple free updates in the months to come, as well as three premium multiplayer DLC packs.

Uncharted 2 and 3 both had incredibly user friendly multiplayer systems that allowed newcomers and veterans to face off on relatively even ground. 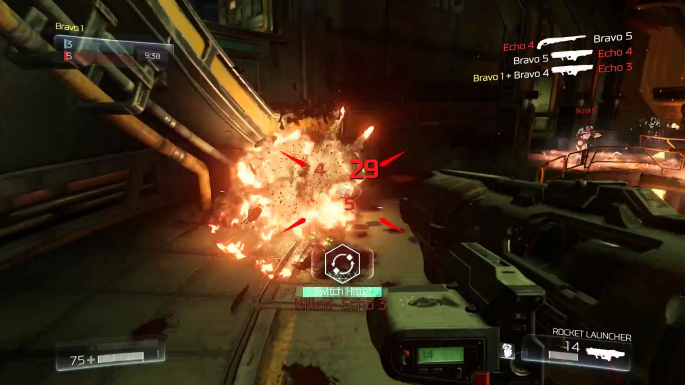 Simplicity is key to Uncharted 4’s multiplayer design. There are no classes, you won’t gain prestige from winning matches, unlockable items are mostly cosmetic.

There are a wide variety of characters available to play, and you can customise your loadouts to change up your playstyle, but the onus is still on keeping things simple. 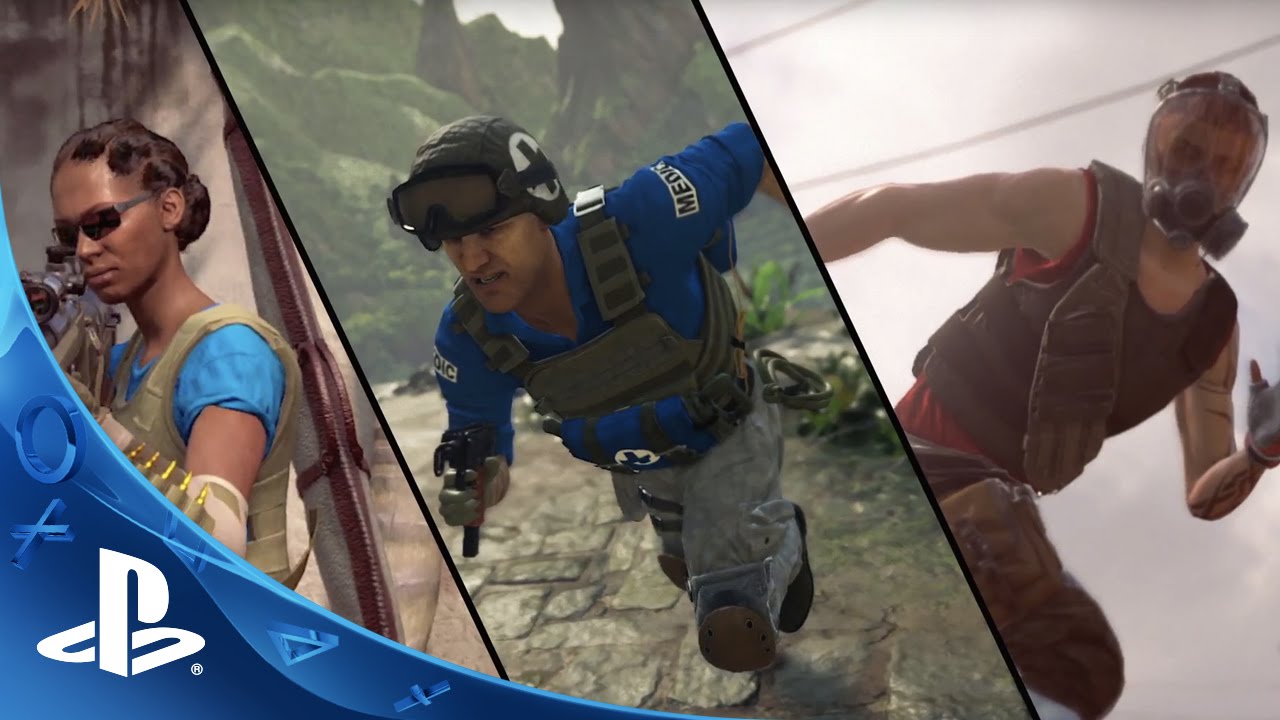 Like DOOM, Uncharted 4’s multiplayer requires you to keep moving if you want to stay alive. The grappling hook is prominent in matches, allowing players to swing across chasms, and get the jump on their opponents.

Assisting your normal loadout are special items you can purchase from a quick select by using the PS4’s touchpad.

Supernatural attacks, NPC allies and overpowered but limited use weapons can all be bought with the in-match currency that’s earned from kills and finding treasure.

The recent open Beta test showed a promising, fun multiplayer game that will be perfect for casual adopters. What few issues there were with the clumsy grappling hook controls and somewhat stiff climbing doesn’t dissuade from solid shooting mechanics and a light hearted tone.

Which Should you Buy?

If you’re a PC or Xbox One user than sadly the choice is made for you, as DOOM is multi-platform while Uncharted 4 is exclusive to the PS4.

For PS4 users, the big question is: do you yearn for a return to a much older era of gaming, where nuanced and thought provoking storytelling is thrown out in favour of a massive chainsaw, and a system that rewards skill with gore and even more powerful weapons?

Or do you yearn for the highly polished, bombastic ride of your life, with gorgeous visuals and a story that keeps you hooked till the last chapter?

Either way, you’ll likely get a lot of bang for your buck with these two games.