Tejasswi Prakash’s ‘Bigg Boss 15’ win has received a mixed reaction from both fans of the reality show and former contestants.

"There is only one deserving winner"

Tejasswi Prakash, Pratik Sehajpal, Karan Kundrra, Shamita Shetty and Nishant Bhat won the hearts of their fans and held their spots on the show for four months.

One by one, the finalists depleted in numbers until Tejasswi and Pratik were left to fight head-to-head in an attempt to win the coveted trophy.

Ahead of the finale, which featured Bigg Boss 13 contestant Shehnaaz Gill, Pratik Sehajpal was predicted to win the title as he was a fan-favourite on social media.

However, despite predictions, host Salman Khan raised Tejasswi’s arm and announced the television actress as the winner of Bigg Boss 15.

Whilst Tejasswi’s fans continue to celebrate her victory, others including former Bigg Boss contestants remain in shock at her win. 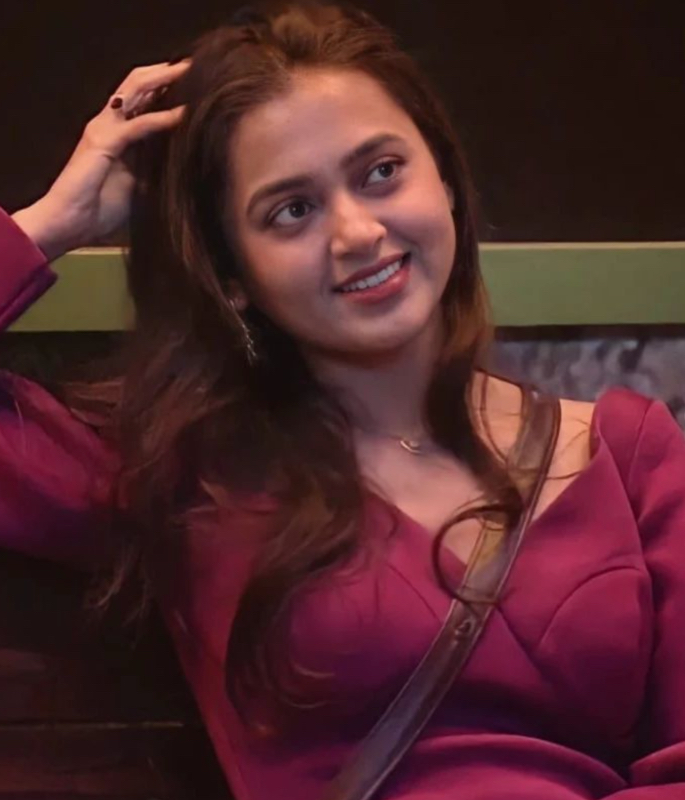 Throughout the show, Tejasswi Prakash was a key player and had many memorable moments.

Tejasswi captivated audiences when she confessed her feelings for her boyfriend and fellow contestant Karan Kundrra.

Whilst the show brought the couple together, their romance saw an array of tumultuous turns.

In a major highlight of the series, Salman Khan slammed Tejasswi and Karan and said that their relationship will crumble within a month of leaving the Bigg Boss 15 house.

In another episode, the host scolded Tejasswi for being disrespectful towards Bigg Boss 15 amid claims that the show favoured Shamita Shetty.

In regards to Shamita, Tejasswi was embroiled in her most controversial moment when she age-shamed her fellow contestant.

During an argument, Tejasswi called Shamita an “aunty”.

Tejasswi’s comment divided fans of the show as well as former contestants including Gauahar Khan.

Tejasswi and Karan fought numerous times during the show which usually ended with Tejasswi crying and Karan letting his anger get the best of him.

Despite the curses, insults and endless arguments, the couple has stood beside one another and displayed a united front following the finale. 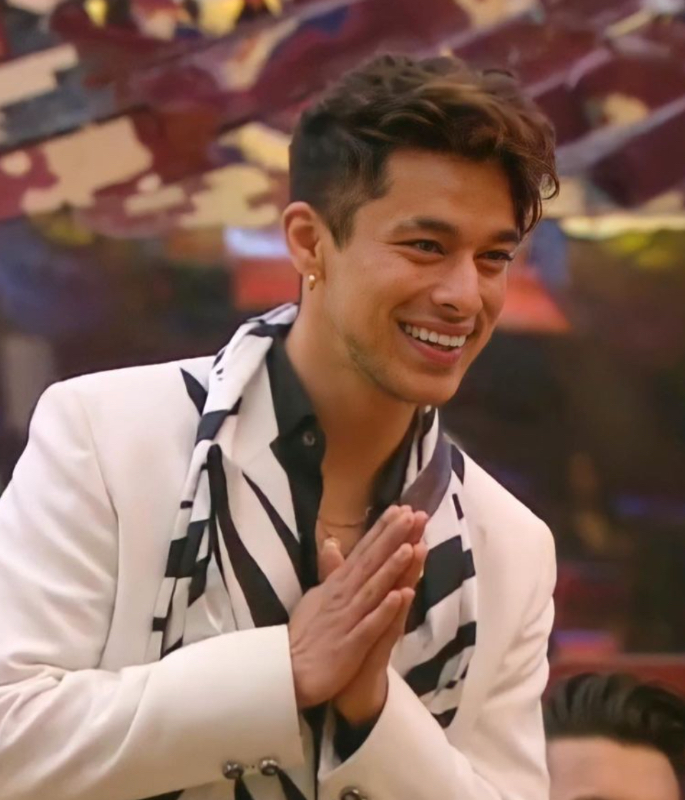 Pratik Sehajpal stood beside Tejasswi in the finale but failed to overcome the final hurdle.

Pratik, who became the first confirmed contestant of Bigg Boss 15 in 2021, often engaged in physical fights with his co-contestants.

Despite his violent behaviour, Pratik’s fans wholeheartedly supported him.

His opinions and strong-headedness strengthened his fan following and helped to save him from evictions.

Without any planned events for his support, Pratik often trended on social media.

Pratik’s loss to Tejasswi led to the hashtag #PratikDeservesTheBBTrophy, and since the finale, the hashtag has amassed over eight million tweets.

“The silence in the studio at the announcement said it all.”

“There is only one deserving winner and the world saw him shine.

“#PratikSehajpal you won hearts. Every single guest who went in, you were their fave, the public loves you.

Other celebrities, including Bigg Boss 7‘s Kamya Shalabh Dang and Shefali Jariwala, also showcased their support and claimed that Pratik should have won.

They added that the silence in the studio following Tejasswi’s win proved the actress was not a worthy winner.

Days after Tejasswi was declared as the winner of Bigg Boss 15, Pratik’s fans continue to slam the show and accuse Colors TV of bias. 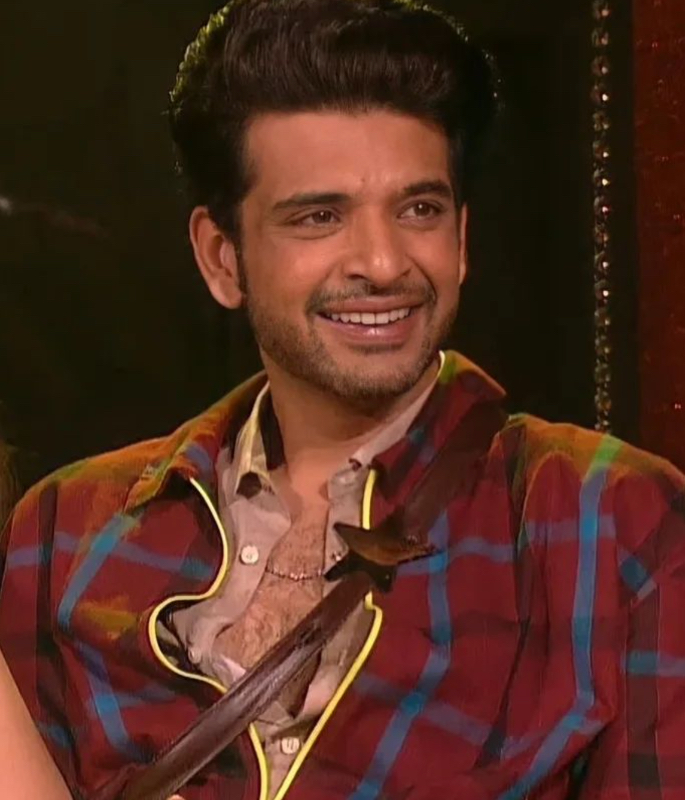 Karan Kundrra, similarly to Pratik, was considered a fan favourite throughout the show.

However, he seemingly learned to control his anger as he grew closer to Tejasswi Prakash.

Though Karan fell in love with Tejasswi, the actor did not let his relationship affect his game plan.

His independence allowed him to progress to the finale without influence from Tejasswi and his good friend and fellow contestant Umar Riaz.

Despite the improvement in his behaviour, Karan and Tejasswi’s relationship was far from perfect.

Their romance was put to the test when Karan confronted Tejasswi after he learned that she supposedly had a boyfriend outside of the house.

The conversation regarding Tejasswi’s past relationships began when Rakhi Sawant objected to her closeness with Karan and asked her to stay within her limits.

Rakhi also warned Tejasswi that Karan may not marry her eventually.

The couple moved on but not before Tejasswi’s insecurities were thrown into the spotlight when Shamita seemingly grew closer to Karan.

The duo argued once again and Tejasswi continued to taunt Shamita for her age and closeness with Karan up to the finale.

According to fans, Tejasswi’s insecurities and actions did little to gain support in the run-up to the finale.

Whilst Karan’s fans also showered him with support, his exit from the show was bittersweet as he saw his girlfriend take the crown.

What’s next for Tejasswi? 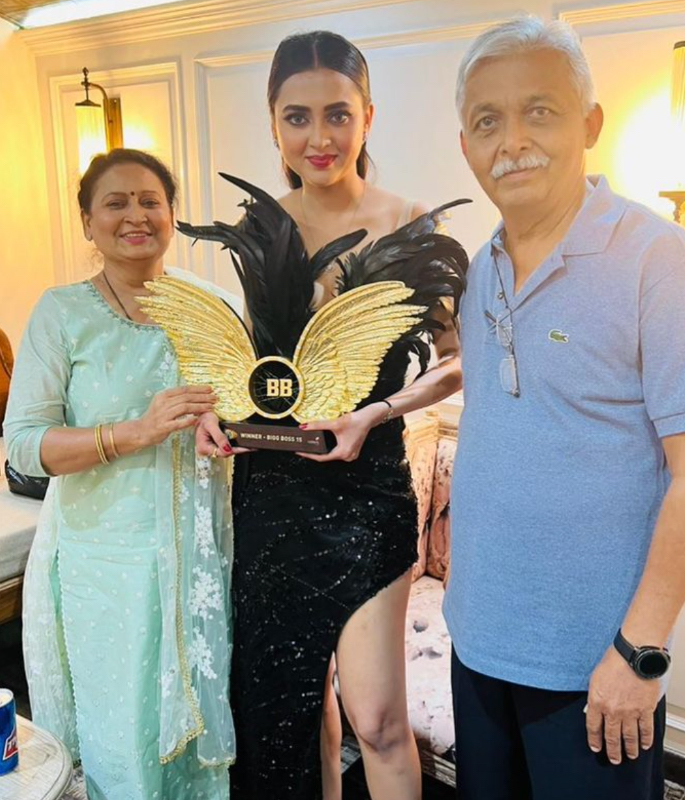 Since leaving the show, Karan’s relationship with Tejasswi has got a stamp of approval from his mother.

Karan’s mother praised Tejasswi calling her a “very nice girl” and revealed that she is the first girlfriend of his whom she likes.

Following her Bigg Boss win, Tejasswi took to Twitter to thank her fans for their support:

“Thank you #TejaTroops and everyone who made this dream come true!

“A dream come true after 4 months of a very challenging journey!

During the grand finale episode, an announcement was made in which Tejasswi Prakash was revealed as the lead role on Naagin 6.

Mouni Roy was Ekta’s Naagin from the first and second seasons.

Tejasswi was called in the confession room where Bigg Boss shared the news with her.

The actress was surprised to hear the news and gave a stunning performance on the Bigg Boss stage as the new Naagin.

Aside from Naagin 6, Tejasswi Prakash’s next projects are unknown however fans look forward to seeing her in new projects following her victory.

Ravinder is a Journalism BA graduate. She has a strong passion for all things fashion, beauty, and lifestyle. She also likes to watch films, read books and travel.
10 Top Upcoming Punjabi Films 2022
Tan France returns to host Netflix’s ‘Next In Fashion’