The Punjabi film industry continues to gain traction. DESIblitz compiles a list of the 10 best upcoming Punjabi films for 2022.

"This movie will be a laughter riot"

There are a variety of Punjabi films that fans can look forward to in 2022.

Many of these upcoming Punjabi films present new concepts, with some being sequels and remakes of previous projects.

More importantly, 2022 will see a plethora of new stars teaming up together and gracing the big screen.

Punjabi film fans will also get to see the best works of directors, producers and writers.

The likes of Diljit Dosanjh, Sonam Bajwa, Sidhu Moosewala and others will be starring in these films.

DESIblitz provides a list of 10 spectacular upcoming Punjabi films that are a must-watch in 2022. 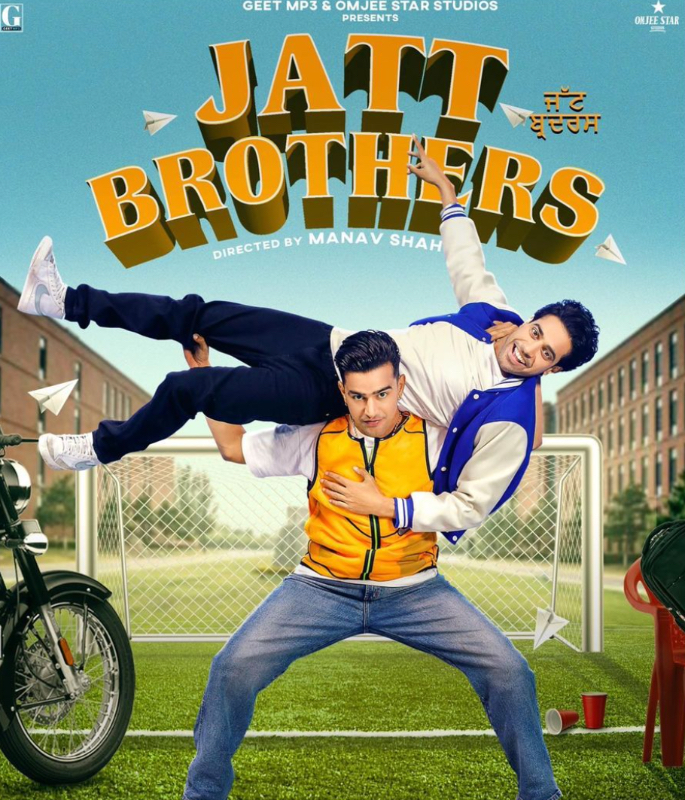 The film revolves around three friends – Pamma, Jaggi and Jyot.

Jaggi and Jyot are often seen finding the perfect match for Pamma. However, Pamma always ends up falling for the girl who Jaggi likes for himself.

There comes a point when Pamma has Monica in his life, Jaggi starts falling for Jyot.

However, then comes another twist wherein Monica runs away, leaving Pamma alone, and at this moment, Pamma also starts getting feelings for Jyot.

Directed by Manav Shah, the story of the film has been written by Dheeraj Kedarnath Rattan. 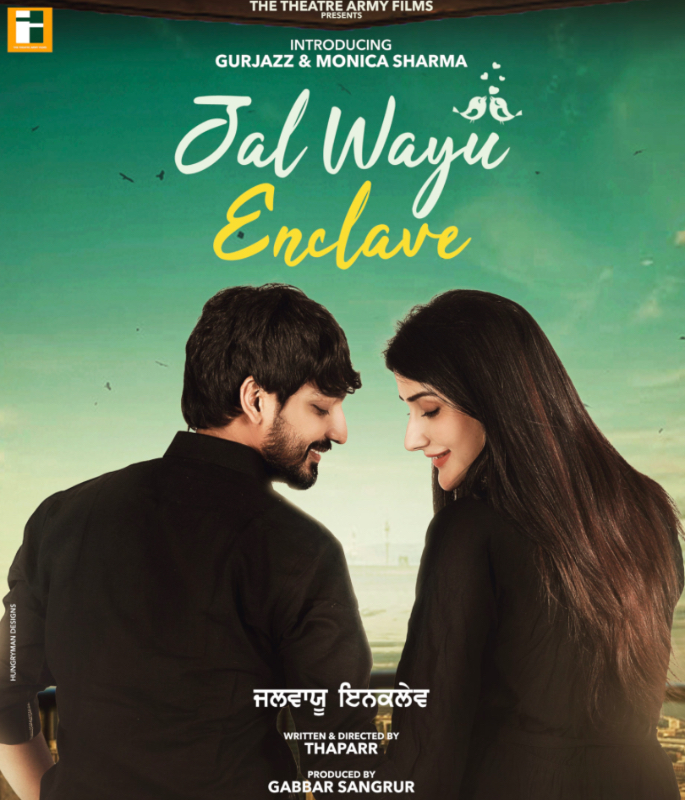 Jal Wayu Enclave is an upcoming Punjabi film scheduled to be released on February 11, 2022.

The film is directed by Deepak Thaparr and will feature Gurjazz and Monica Sharma as lead characters.

Gurjazz, who is predominantly known for his songs ‘Gussa Jatti Da’, ‘Dreams’, ‘Honsle’, ‘Rajinama’ and ‘Taap’ among others will be seen on the big screen for the first time.

On the other hand, Monica has earlier been part of serials like Sasural Simar Ka, Kaun Hai, Naagin 2 and the 2019 film Teri Meri Jodi.

The rom-com revolves around a village-based man, played by Gurjazz, and a Delhi air hostess, who get locked in the same building during the Covid-19 lockdown. 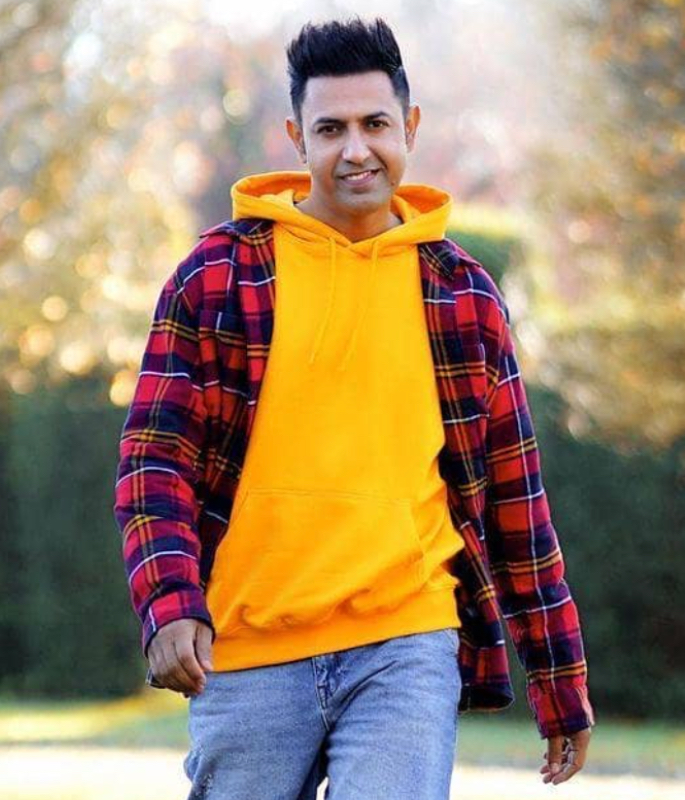 The Pakistani actor will star in the film alongside Gippy Grewal, Neeru Bajwa and Annu Kapoor.

Binnu Dhillon and Zareen Khan were initially cast as the protagonists however they were surprisingly replaced by Gippy and Neeru.

The story of this Punjabi comedy film revolves around the life of a happy girl whose life changes after marriage.

She faces hardships after her husband’s death until a stranger changes her life.

Phatte Dinde Chakk Punjabi is a collaboration between Humble Motion Pictures and Omjee Star Studios with HKC Entertainment and Cinestar.

Phatte Dinde Chakk Punjabi is slated to release on February 11, 2022. 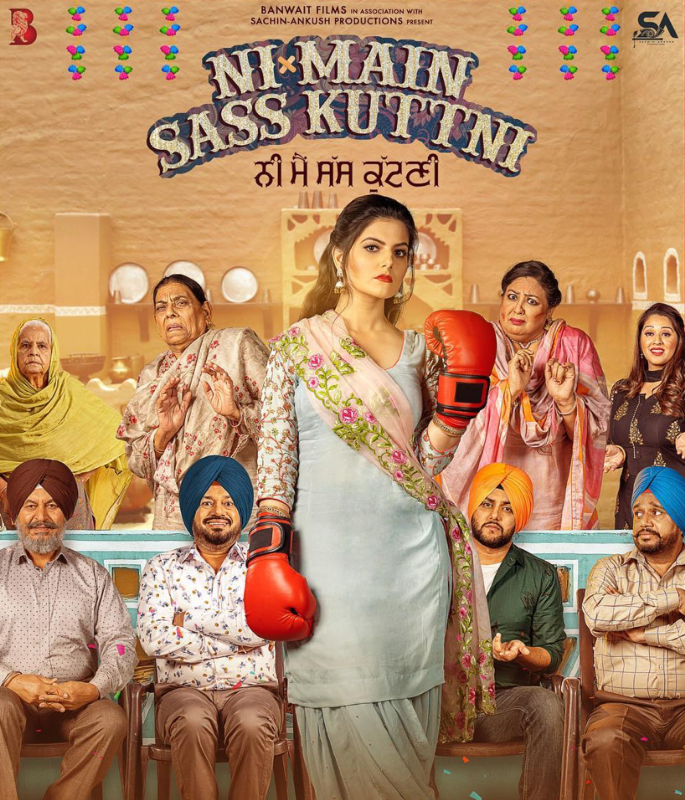 The Punjabi film was initially supposed to release in 2020 however, the date was changed to April 22, 2022.

The film will mark the debut of Mehtab Virk while Tanvi Nagi will be the female lead along with Karamjit Anmol, Anita Devgan, Nirmal Rishi and several others.

Talking about the film, Mohit Banwait said: “This movie will be a laughter riot for the audience.

“Ni Main Sass Kuttni is based on the mother-in-law and daughter-in-law relationship, as the name suggests.

“The everyday little talks and fights would be comically shown in the movie.

“The upcoming movie would be having three lead actresses and one elderly character as the mother in law.

“The role of the mother in law will be played by Nirmal Rishi.

“We want the best actresses for this female-oriented movie.” 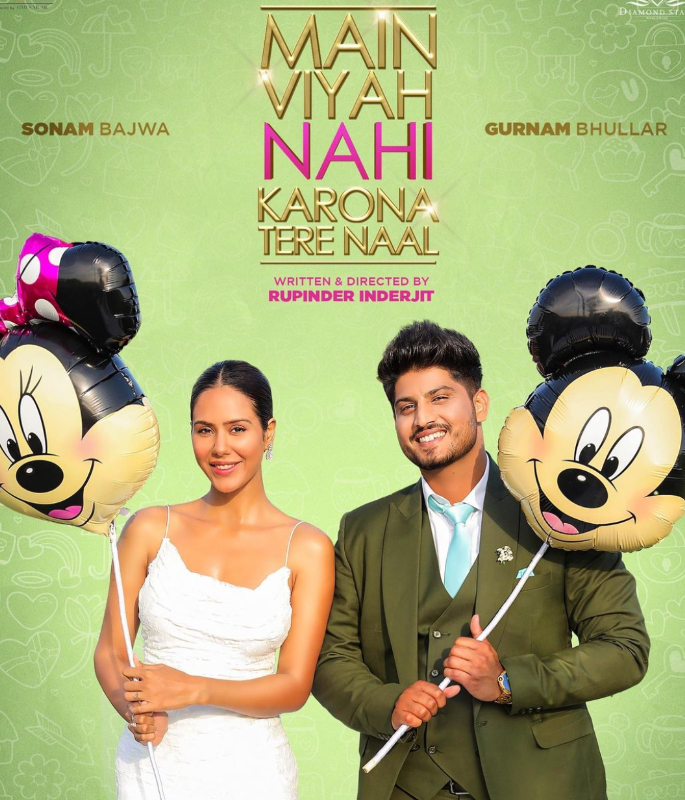 Gurnam and Sonam last shared the screen in the 2019 film Guddiyan Patole.

The film received critical acclaim and went on to become the highest-grossing Punjabi female lead film.

The film was initially expected to release in September 2020 however it was halted due to the ongoing Covid-19 pandemic.

Main Viyah Ni Karona Tere Naal marks Gurnam Bhullar’s second film that has been produced by his own production company. 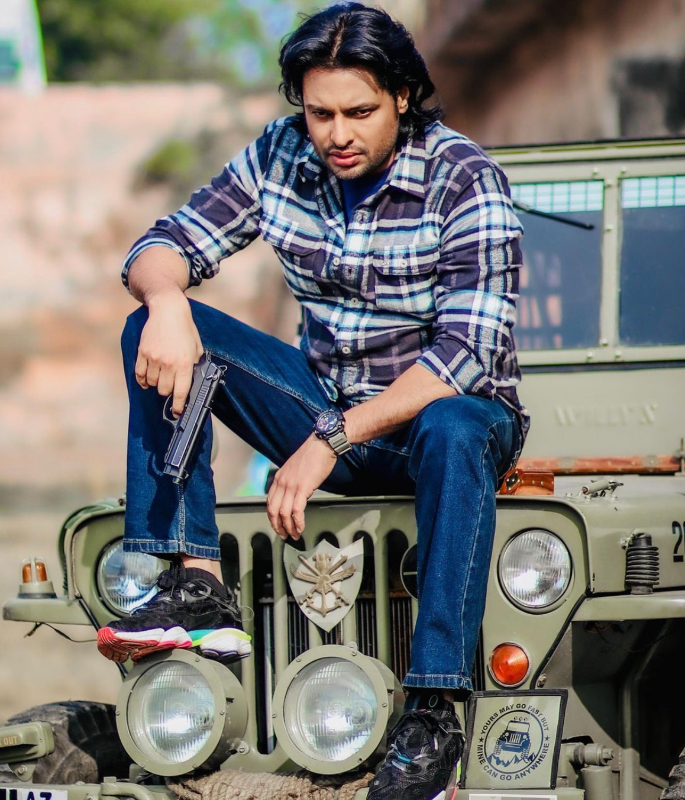 Dakuaan Da Munda 2 is an upcoming Punjabi film scheduled to be released on March 4, 2022.

The upcoming Punjabi film is directed by Mandeep Benipal and will feature Dev Kharoud, Japji Khaira and Mahabir Bhullar as lead characters.

The upcoming Punjabi film is the sequel to Dakuaan Da Munda.

Dakuan Da Munda opened as the second-highest Punjabi film of 2018 after Carry On Jatta 2. 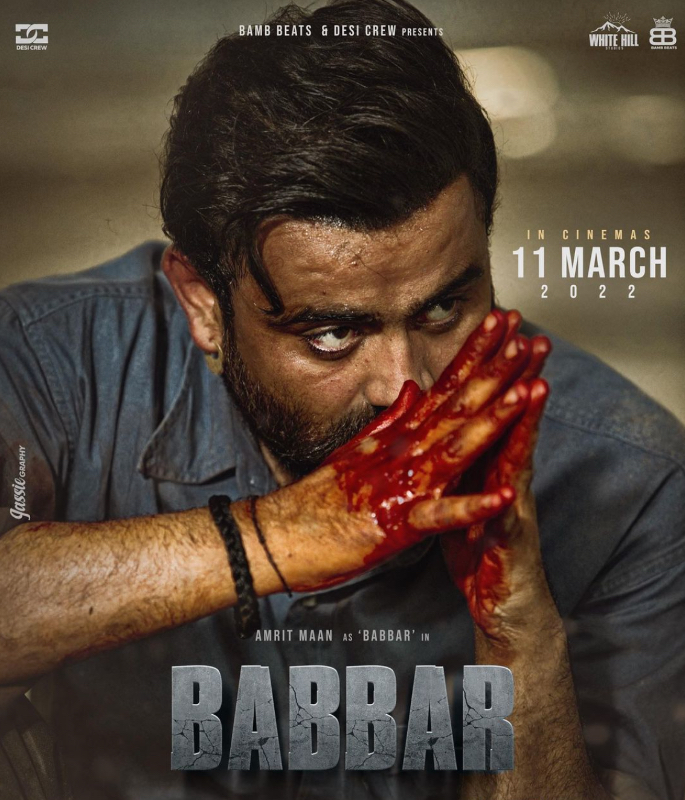 Babbar is an upcoming Punjabi film scheduled to be released on March 11, 2022.

The film is directed by Amar Hundal and will feature Amrit Maan as the lead character.

Kuljinder Sidhu, Yograj Singh and Raghveer Boli will also be seen in the upcoming and highly-anticipated Punjabi film.

Amrit Maan will be seen on the big screen after a break of two years.

The actor was last seen in Do Dooni Panj opposite Isha Rikhi in 2019.

Besides this film, Amrit Maan will also be seen in Gunaah alongside Sidhu Moosewala. 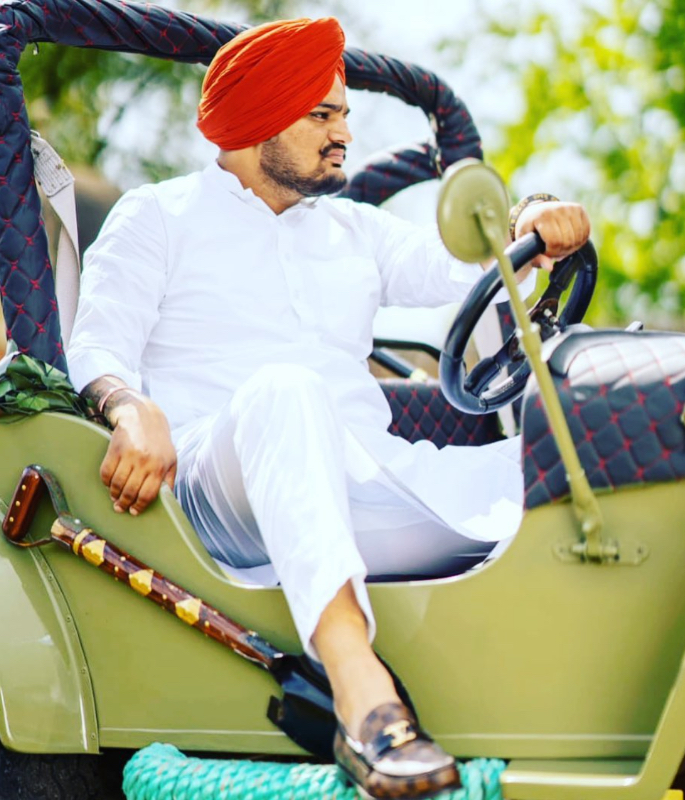 Jattan Da Munda Gaun Lagya is an upcoming Punjabi film scheduled to be released on March 18, 2022.

The film is directed by Amberdeep Singh and will feature Sidhu Moosewala as the lead character.

Jattan Da Munda Gaun Lagya is produced by Davinder Litt under the banner of Litt Records.

The upcoming Punjabi film will be the third film of Sidhu Moosewala’s acting career after Yes I Am Student and Moosa Jatt.

Sidhu Moosewala was last seen in Moosa Jatt which was released in October 2021.

The Punjabi singer and actor starred in the film opposite Sweetaj Brar. 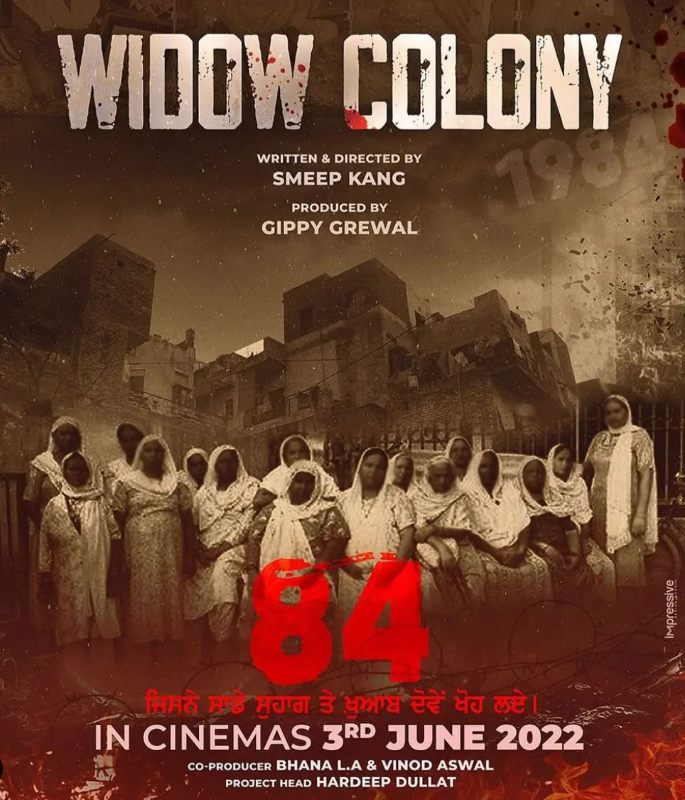 Widow Colony is an upcoming Punjabi film that will shine a light on the 1984 anti-Sikh riots.

The title of the film is a direct reference to a colony in Tilak Bihar in New Delhi.

The ‘widow colony’ is a place where the government provided shelter to families affected by the riots of 1984.

Directed by Smeep Kang, the film will star Gippy Grewal and Gurpreet Ghuggi in pivotal roles.

Gippy Grewal has also produced the Punjabi film under his production banner of Humble Motion Pictures. 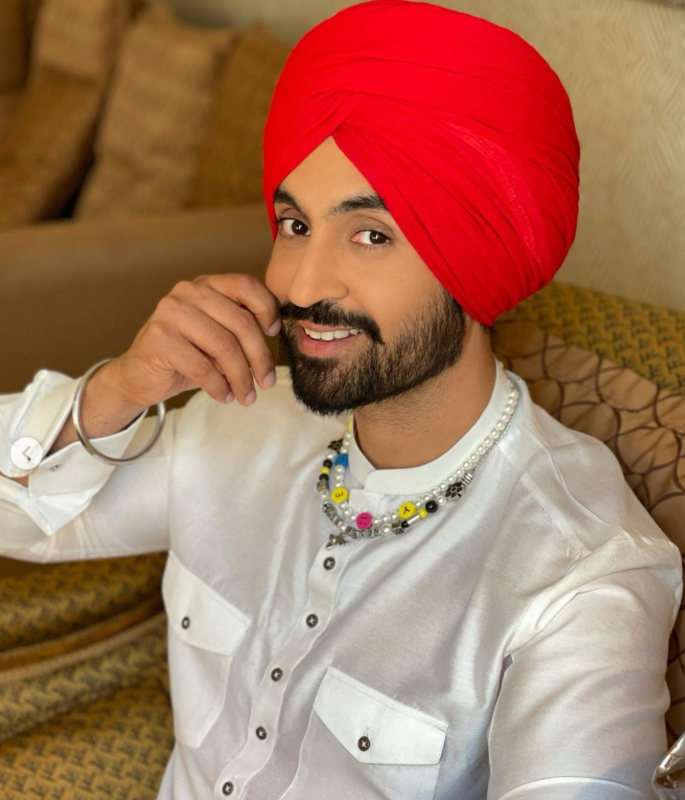 Diljit Dosanjh will be returning to the big screen with his upcoming Punjabi film Shikra.

The Punjabi singer and actor will once again reunite with writer-director Amberdeep Singh, who is highly lauded for his content-driven films in Pollywood.

The duo first worked together on Jodi in which Diljit starred opposite Nimrat Khaira.

Shikra has been made under Story Time Productions & Amberdeep Productions.

Shikra is slated to release in June 2022.

Besides Shikra, Diljit Dosanjh also has Babe Bhangra Paunde Ne in the pipeline.

The Punjabi comedy film is set to release in cinemas on September 30, 2022.

The Punjabi film is helmed by director Amarjit Singh Saron from a script penned by Naresh Kathooria, known for films like Paani Ch Madhaani and Carry On Jatta 2.

There will be many other films releasing in 2022, as we go along.

Our list resembles a snapshot, giving the audience a taste of what is to come.

Without a doubt, it seems Punjabi film fans are in for a treat in 2022.