Tejasswi Prakash was crowned the winner of Bigg Boss 15 after a grand finale that featured Shehnaaz Gill and Deepika Padukone.

Tejasswi had a number of ups and downs on the show.

Her win was the culmination of a grand finale show that was split into two days.

The 15th season of Bigg Boss has been one of the most interesting.

It had a jungle theme and contestants were seen experiencing numerous ups and downs, even getting into heated confrontations with each other.

The cast of Gehraiyaan appeared on the show.

Salman had fun with the likes of Deepika Padukone, Ananya Panday, Siddhant Chaturvedi and Dhairya Karwa on the show.

Later, Deepika asked Salman if he will host Bigg Boss 16.

Salman said he would but only if they increase his fees. Deepika then asked Salman to kiss Siddhant, leaving everyone in fits of laughter.

Salman then joked that he would do Bigg Boss for free, refusing to kiss Siddhant.

In the finale, Nishant Bhat opted to walk away with Rs. 10 Lakh (£9,900) instead of having a chance at the Bigg Boss trophy.

The popular reality show finally came to an end when Tejasswi was named the winner, beating Pratik Sehajpal and her boyfriend Karan Kundrra. 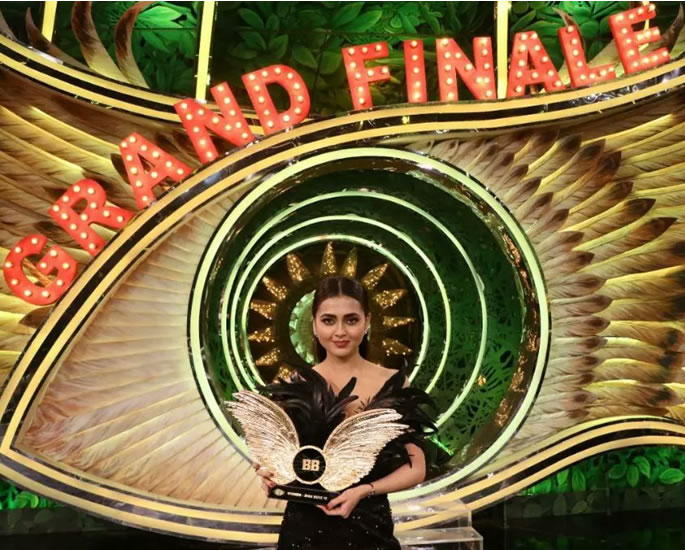 Tejasswi wore a black feathered gown as she lifted the trophy and won the Rs. 40 Lakh cash prize.

It was also announced that she also bagged the lead role in Ekta Kapoor’s Naagin 6.

Tejasswi had a number of ups and downs on the show.

This included rowing with Shamita Shetty, calling her “aunty”, and being scolded by Salman for claiming that the show was biased.

But the highlight was her relationship with Karan Kundrra, which fans called ‘TejRan’.

The show brought them together but it saw several fights between each other, which overshadowed their romance.

Bigg Boss 15 also saw a confrontation between the pair after rumours that Tejasswi had a boyfriend outside the house began to circulate among the contestants.

But they overcame the challenges and their relationship grew even closer after Tejasswi’s family approved of it.

Following her Bigg Boss win, Tejasswi took to social media to thank her parents for their support.

She also took time to pose with Karan in their first picture outside of the house.

Fans were happy for Tejasswi and congratulated her.

Another said: “You deserve all the love and happiness.”

“I was dancing like a maniac when the winner was announced and I jumped so hard.”

“I can’t say the excitement I’m so much happy for you.” 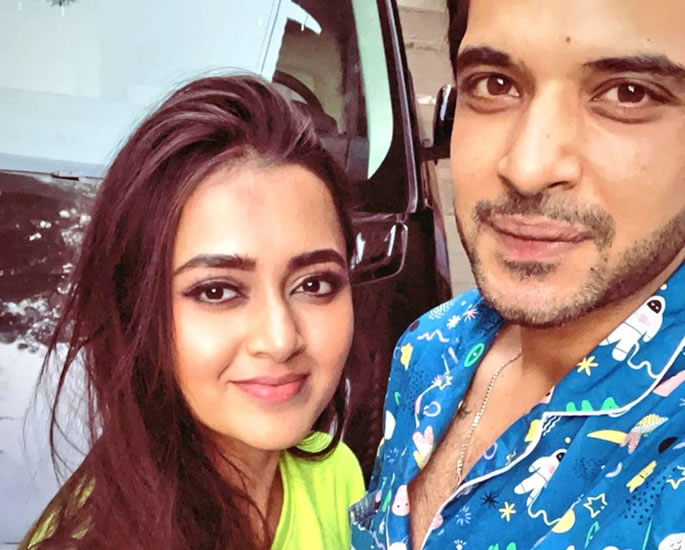 However, one person who was not happy about Tejasswi’s win was former winner Gauahar Khan.

In a tweet, she expressed her support for Pratik Sehajpal while also aiming a dig at Tejasswi.

Gauahar wrote: “Lol!!! The silence in the studio at the announcement said it all.

“#bb15 there is only one deserving winner, and the world saw him shine. #PratikSehajpal you won hearts.

“Every single guest who went in, you were their fave, the public loves you. Keep your head held high.”

The show, which is based on UK’s Big Brother format has grown to be a big favourite in India and like winners from previous shows, it’s likely we will see a lot more of Tejasswi Prakash in new and different projects.

Dhiren is a journalism graduate with a passion for gaming, watching films and sports. He also enjoys cooking from time to time. His motto is to “Live life one day at a time.”
NCB arrests Sushant Singh Rajput’s neighbour in Drugs Case
What did Salman Khan say When He met John Travolta?