UK’s sweetheart Deana Uppal had a very successful year in 2012. Especially after appearing on the reality TV show, Big Brother. So, what’s next?

Deana's ultimate goal now is to become a great actress; she’s keen to make her mark on the world stage

Deana Uppal is a British Asian model who was crowned Miss India UK in February 2012. She also won the title of Miss Bollywood, finishing in the top five at the Miss India World competition held in Suriname. Deana was born and brought up in the industrial town of Walsall, England.

She took on the responsibility to work, study and look after her mother once her father passed away when she was very young.

From a young age Deana was very active. She received her black belt in karate at the age of eleven. She also had a keen interest in gymnastics and netball, often participating in these sports after school.

She started her career in modelling at the sweet age of sixteen and has never looked back. Deana’s mother Rashpal Kaur said: “She loved acting, singing and dancing and even put together a girl band at school when she was seven.” 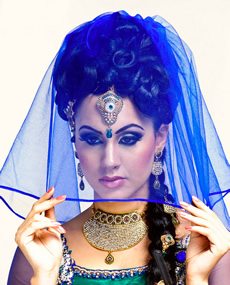 With her modelling career boosting in both the UK and India, Deana is gradually becoming a well-known name in show business. The stunning model has been the face of some very distinguished international brands, representing the formula one racing team Force India in England and Monaco.

Deana’s career driven mind and determination to reach the top has successfully pushed her into the limelight. Talking of her versatility she says:

“I have worked with Kareena Kapoor on a TV commercial, walked the ramp with Salman Khan and been the main girl in Mika Singh’s video.”

Deana’s ultimate goal now is to become a great actress; she’s keen to make her mark on the world stage, including the Bollywood film industry. Deana has a very ambitious and smart outlook to life and is open to offers, but at the same time wants to take it slowly and wait for the right project. In a recent interview Deana stated that she did not want to rush into anything. 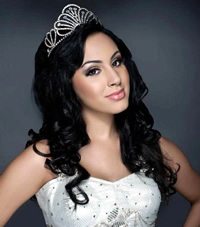 Besides winning the Miss India UK competition, Deana has featured in over ten music videos, including Bhangra and Bollywood. She played the lead role in the famous Bhangra number, ‘Billo Nach Nach Ke’ by DJ H, which also featured Geeta Zaildar. In the film Sahi Dhandhe Galat Bande [2011] she appeared in the item song ‘Naino Wali Whiskey.’

She has played a small role in Foji’s new music video ‘Whatever’ opposite BBC Asian Network presenter Tommy Sandhu. Having a massive support network within the industry has proven that there are no limits for Deana.

Last summer she entered the Big Brother house, receiving exceptional support from the public. Deana survived seven evictions and was the last girl to remain in the house. She eventually made it to the final, finishing in a respectable 3rd position.

Even though Big Brother gave her a lot of exposure, Deana’s experience in the house wasn’t as pleasant as it seemed. She described it as “some of the worst days of her life.” The British press reported that contestants in the Big Brother house had constantly bullied the beauty queen.

Fellow housemates insulted Deana because she ate with her hands. In an article published in the Birmingham Mail she said:

“My lowest point was in the first three weeks. A lot of the housemates decided at the beginning that they didn’t like me. I just couldn’t understand why.”

The public was sympathetic towards Deana, as she had a very kind personality. Deana’s infinite patience, resilience, strength, hope and optimism demonstrated her unfailing faith. 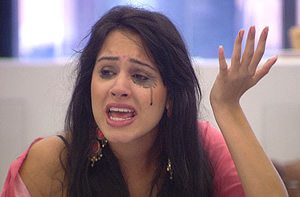 Recalling the tough times she said: “I did say a few times in the diary room that I wanted to leave. But I thought I’d worked so hard to get to this stage, that I would try and battle through it.”

During and after Big Brother, Deana was given a fair amount of media coverage across the globe. She was even offered to appear in the reality TV show Big Boss [India’s equivalent of Big Brother]. However Deana politely turned down this opportunity, as she wanted a well-deserved break.

In 2012, Deana was one of the judges at the Miss India UK London regional event, which was held at the City Pavilion in Essex. Winners from this event made it to the grand final. Deana boycotted the finals because she had serious reservations on how the event was being run by the organisers.

Nehal Bhogaita otherwise known as ‘Little India,’ was declared the winner of Miss India UK 2013. The young talented girl from Leicester created history by being the first ever deaf/disabled person to win this competition.

Last year we caught up with Deana Uppal who exclusively shared her experiences of Big Brother and her reasons for boycotting the Miss India UK competition. See what she had to say: 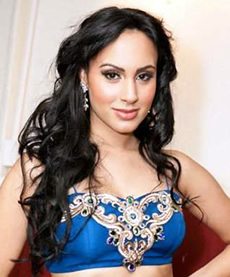 Since leaving the Big Brother house, Deana has also appeared on the channel B4U alongside celebrity chef Atul Kocchar in the programme ‘Curry On.’

Deana celebrated the New Year [2013] at the beach state of Goa in India. During this time she suffered a bout of food poisoning and spent a few days at a hospital in Mumbai, India.

As soon as she was given the all clear, Deana flew back to England in time to judge the Miss Asian Model 2013 final in London. Nikki Sahota [22] from West Bromwich was crowned the champion of this competition.

As well as modelling, Deana does a lot of charity and humanitarian work. One of her recent projects was to challenge cyclists from her local area to support the children’s hospice, Acorns. Deana is promoting the event, which involves cyclists riding through Rajasthan – from Jaipur to Agra. Taj Mahal, one of the most famous landmarks in the world is located in Agra, India.

Reports claim that Deana is currently producing her own British film. She is also acting in this film, which she hopes to complete in the near future. She is frequently traveling to India and rumours are flying that she may be offered a role in a Bollywood movie sometime soon.

With the love and support from her fans, Deana can look ahead to an exciting 2013. Followed by over 19,000 people on Twitter, Deana has a lot more to give in the future. And we can’t wait!

Sonia has a passion for presenting and journalistic challenges. She has a special interest in music and Bollywood dancing. She loves the motto 'When you've got something to prove, there's nothing greater than a challenge.'
British Asians and their Cars
David Cameron’s trade visit to India