The Danger of Celebratory Gunfire at Indian Weddings

Incidents of injury and death caused by celebratory gunfire during weddings in India is becoming more prominent. DESIblitz reports on the dangers.

"We have witnessed that innocent lives are lost in celebratory firing"

Recently, India has seen an insurmountable number of deaths and injuries caused by celebratory gunfire at weddings.

As is custom in some rural Indian weddings, celebratory gunfire traditionally welcomes newlyweds into married life, and is usually carried out by male guests and members of the bride or groom’s family.

But the number of unhappy accidents occurring during these moments has led to Indian authorities being more keen to crack down on the custom.

Take the most recent tragic end to a happy celebration in March 2016, where a groom’s father was shot in the head by an Indian guest.

The incident occurred in the Indian village of Jandla where father Mansoor Patel was celebrating the marriage of his son Shekha.

One of the eight riflemen guests lost control of his gun and shot a bullet into the head of the groom’s father.

Patel was killed instantly by the point blank range of the gunshot.

This is not the only incident of its kind in South Asia and the Middle East. Earlier in March 2016, another similar incident took place in Raipur Bhood in the northern state of Uttar Pradesh.

The groom’s family who started firing in celebration ahead of the marriage party shot the photographer Raju in the stomach. He later died in hospital. Another 17-year-old girl, Meenakshi was also injured by a gunshot.

Another incident in the Delhi suburb, Alipur, a wedding guest took out a shotgun and pistol and began firing in celebration, both in the air and at the ground. 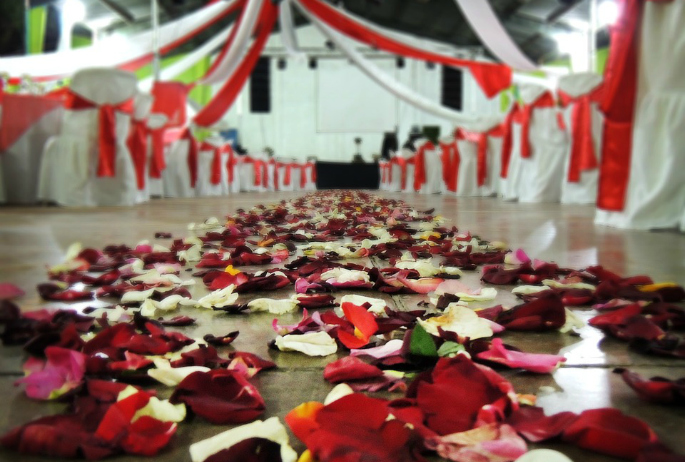 The guest managed to injure five people in their feet and legs with shots, with all being admitted to hospital.

Another Uttar Pradesh incident in February 2016 saw a groom himself killed, as he was enroute to the bride’s home on a horse. As a guest fired shots into the air, the groom was hit in the head.

Groom Amit Rastogi was only 28 when he fell of his horse and died.

The list of gunshot wounds administered during Indian weddings goes on. A Lucknow court has since ordered an open investigation into weddings that include celebratory gunfire.

Justice SK Saxena said: “Escalation of this trend has to be arrested.”

“Firing with guns and pistols during marriage processions has become a sort of fashion. It is high time that government tightens the procedure for grant of arms-licence and also evolves a robust mechanism to ensure these licenses are not misused.”

But while gunfire is culturally accepted in India, some families are taking it into their own hands to prevent guests from engaging in it.

Many are now sending out wedding invites with a clear ‘no weapons’ policy to their guests to prevent such fatal accidents from occurring.

One Indian man, Mahirajdhwaj Singh Chandel, says: “In the recent times, we have witnessed that innocent lives are lost in celebratory firing, and a joyous occasion then simply transforms itself into that of a mourning.”

While celebratory gunfire sees people fire into the air to avoid injuring anyone, a Los Angeles hospital study found that actually falling bullets were more likely to cause a fatal injury than a normal shooting.

Thus, ordinary bystanders, including women and children can face fatal injury by being in close proximity to the gunfire.

Indian authorities hope that a better understanding of the dangers of celebratory gunfire can be encouraged among families, friends and local people, so as not to cause a joyous celebration to end in horrific tragedy.

Nazhat is an ambitious 'Desi' woman with interests in news and lifestyle. As a writer with a determined journalistic flair, she firmly believes in the motto "an investment in knowledge pays the best interest," by Benjamin Franklin.
Divorce for Indian man called ‘Mota Haathi’
An Indian Wedding in Mexico by Jonathan Cossu