‘Care Ni Karda’ by Yo Yo Honey Singh has become an instant hit and broken a record by becoming the most viewed video on YouTube in 24 hours.

"I’m glad they are enjoying the song and having fun."

The song ‘Care Ni Karda’ has broken a record by becoming the most-viewed YouTube video in 24 hours. The track is by Yo Yo Honey Singh and it is on the upcoming film Chhalaang.

The film is a social comedy which stars Rajkummar Rao and Nushrratt Bharuccha. It is set to release on November 13, 2020, on Amazon Prime Video.

‘Care Ni Karda’ is the first track from the film and it has been played on loop for many.

The rap song has been shot by Rajkummar in a single take while it has been composed by Alfaaz, Yo Yo Honey Singh and Hommie Dilliwala.

Yo Yo Honey Singh and Sweetaj Brar sing the track which has quickly become popular among music lovers.

It became the most viewed video on YouTube in 24 hours. It currently has more than 30.9 million views.

Speaking on the song’s success, singer-songwriter Yo Yo Honey Singh said:

“It feels great knowing that people are giving so much love to ‘Care Ni Karda’.

“I’m glad they are enjoying the song and having fun. Rajkummar and Nushrratt both are looking marvellous in the video. Love and respect to all the fans, keep sharing and keep loving.”

The film combines cheeky humour with drama and the song showcases the new pairing of Nusshratt Bharuccha and Rajkummar Rao, making viewers want to see more of them already.

Celebrities and film fans praised the film following the release of the trailer. This includes the likes of actress Rakul Preet Singh and director Sanjay Gupta.

“Waah kya chhalaang hai yeh with What a fabbbbb trailer gooood luck to all of you.”

Chhalaang is directed by Hansal Mehta. It tells the story of a PT teacher named Montu Singh who inadvertently finds himself attracted to the new computer teacher Neelima (Nushrratt).

When certain circumstances put everything that Montu cares for at stake, including Neelima, Montu is forced to teach, something he has never done.

The film is a Luv Films production, which is presented by Gulshan Kumar & Bhushan Kumar.

It has been produced by Ajay Devgn, Luv Ranjan and Ankur Garg.

Prime members in India and across 200 countries and territories can stream the global premiere of the film exclusively on Amazon Prime Video when it releases on November 13. 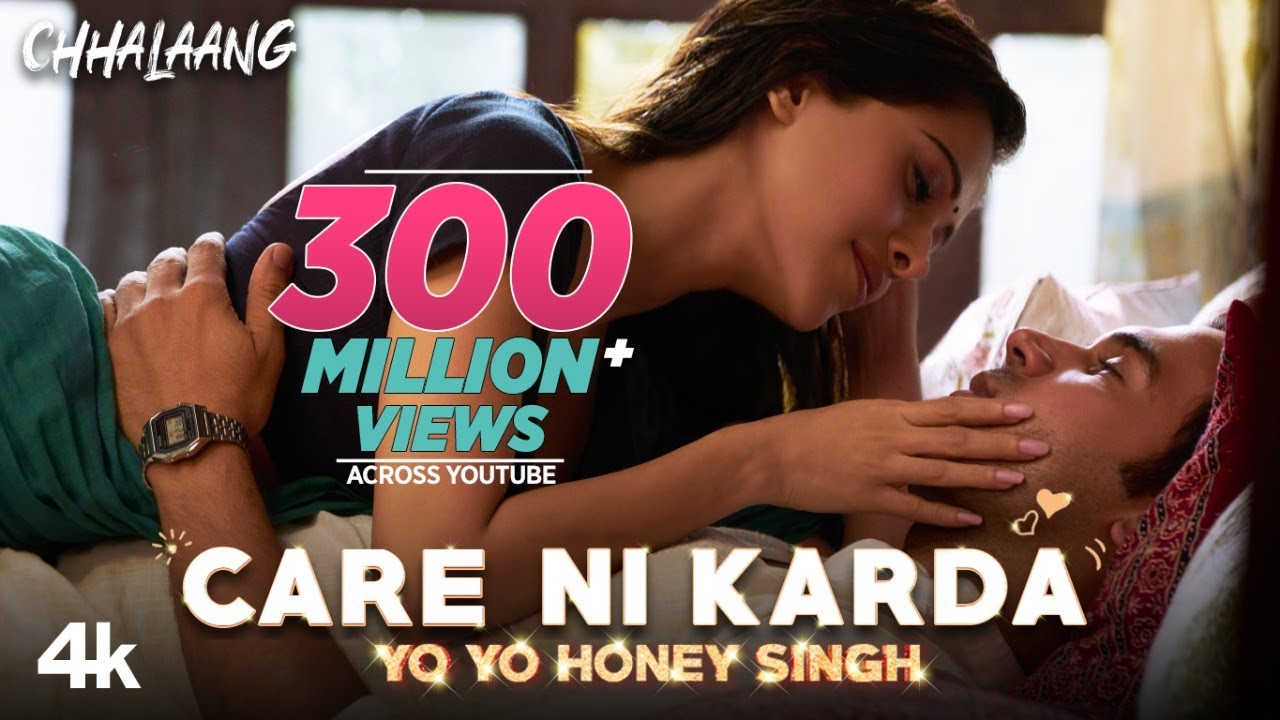 Dhiren is a journalism graduate with a passion for gaming, watching films and sports. He also enjoys cooking from time to time. His motto is to “Live life one day at a time.”
Neha Kakkar Weds Rohanpreet Singh in Delhi
Rapper Raja Kumari releases Debut Hindi Song ‘Shanti’