“This time doesn’t have to be darkness"

“When I first released ‘Peace’ in July 2020, I felt the world needed to hear me speak in a different vibration.

“The song is written as an affirmation for good vibes, positive energy and the removal of toxicity in your life.

“As the song grew among my fans, I realised its power and how it connected us all. It inspired me to go deeper within myself and do something I have never done before.

“Shanti, the Hindi version of ‘Peace’, is my first song completely sung in Hindi and I dedicate it to my motherland and all my fans around the world.

“I hope you enjoy the song as much as I enjoyed making it for you.”

In the run-up to the release of ‘Shanti’, Kumari was busy over the last few months with her venture, The Peace Project.

The Peace Project was an ode to practices of wellness, manifestations and positive self-affirmations.

Raja Kumari continued to share her personal transition that inspired ‘Shanti’. She said:

“In the music industry, you can get swept up in a lot of the devils that can accompany levels of celebrity and I’ve found peace in meditation, yoga, sound healing and more.

“I was chasing ‘the good life’ in ways that weren’t deeply fulfilling; they were only surface level.”

“After some personal reflection and growth in the last few months, I’ve learnt how to find internal peace in ways that help me and not by trying to please everyone around me.

“I’m spending more time with nature and enjoy the rhythm and timing of it which has influenced my music and brought new inspiration to my art.

“I’ve become vegan and started studying astrology. I’ve been practising meditation and learning the power of breathwork and how proper breathing can have such an effect on your outlook.

“With The Peace Project, I want to help inspire people to find their own path to the good life. Life can be enjoyable when you manifest.

“This time doesn’t have to be darkness – it can be a time of great inspiration and renaissance for us all.” 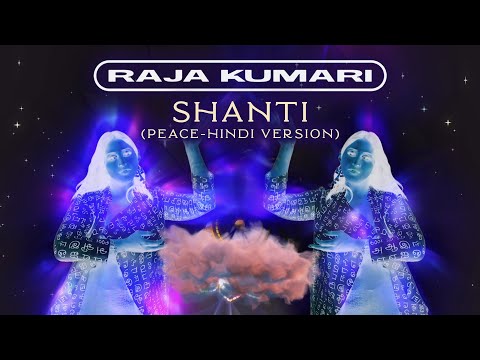 Ayesha is an English graduate with an aesthetic eye. Her fascination lies in sports, fashion and beauty. Also, she does not shy away from controversial subjects. Her motto is: “no two days are the same, that is what makes life worth living.”
‘Care Ni Karda’ by Yo Yo Honey Singh Most Viewed in 24 Hrs
Diljit Dosanjh reveals who He thinks will Win US Election