Raja Kumari told to ‘tone down’ Ethnicity for US Success

Renowned rapper and songwriter Raja Kumari has opened up about being told to ‘tone down’ her ethnicity if she wanted to make it in America.

"I was ‘too Indian’ to be successful"

American-Indian rapper Raja Kumari has revealed being told to ‘tone down’ her ethnicity in order to be successful in the US.

Kumari creates music that combines her American upbringing with her Indian roots.

Now, in an exclusive interview, she has spoken out about some of the challenges she faced as an American of Indian descent.

Kumari made the remarks while speaking to India Currents about her latest music and philanthropic activities.

When asked about the challenges she faced during her rise to fame, Raja Kumari said:

“One of the main issues I faced trying to get started in America was racism.

“I was always told to tone down my ethnicity, that I was ‘too Indian’ to be successful in America.

“I struggled to find someone to look up to as a South Asian kid in America.

“I remember, on weekends I would travel for classical dancing and wouldn’t necessarily share that with my friends.

“I would come to school with the Alta (painting the palms and feet with a red dye) fading on my hands and they’d ask me, ‘What is that? Do you have a hand disease?’”

Raja Kumari went on to say that, despite times changing, she was also accused of being a ‘culture vulture’ by Indians due to her Californian upbringing. 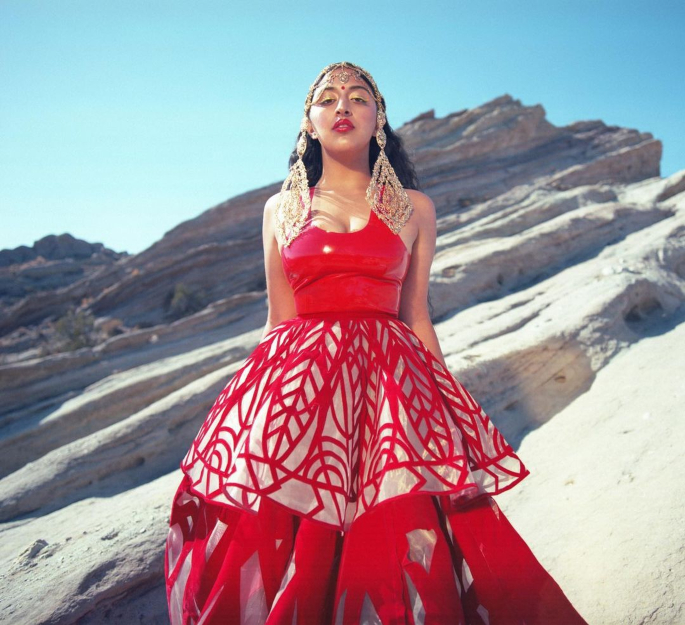 “Things are evolving in the US now. I like to call it the ‘brown renaissance’, Indians are more relevant in so many fields, especially entertainment.

“I’m not just another South Asian. I still have put in my time to be Indian enough to talk about India without being an appropriator of culture.

“My family did a great job of preserving the culture for us. We don’t fake it. We wear sarees for pujas, my mom does Vijayadashami and Navrati, I have studied Indian music and dance.

“As a result, my style is just a balance between the East and the West.”

Raja Kumari believes that juggling her American upbringing with her Indian heritage has allowed her to evolve into the artist she is today.

She also expressed her pride in her success in the music industry, not only as a South Asian person but also as a female.

“I think learning to navigate both worlds with authenticity has helped me become the artist I am today.

“I have carved a place for myself in a male-dominated music circuit by staying authentic and rooted in my culture.”

“I think there are a lot of women in the industry who say a lot of things from the female perspective about relationships, broken hearts, love lost, pain, sadness, happiness or sexiness; there are so many of those voices.

“Of course, I could sing soft and beautiful songs but there are many people to do that.”

The multi-platinum rapper and songwriter originally released the track Peace in English.