Disha Patani has admitted that she felt intimidated by Salman Khan prior to shooting ‘Radhe: Your Most Wanted Bhai’.

"I was working with the biggest star of the country"

Disha Patani has admitted that she was intimidated by Salman Khan before filming for Radhe: Your Most Wanted Bhai began.

This is despite the pair working together in Bharat.

In Radhe, Disha plays a headstrong girl with a “soft heart”. Meanwhile, Salman takes on the role of a cop.

When she was asked to join the film, Disha jumped at the opportunity. She recalled:

“I got a call from SKF (Salman Khan Films) and they asked me if I would like to do a film with them.

“I went to Sohail sir’s office and Prabhu sir was there, he gave me a small narration and that’s how it started. I was on board, I loved it.”

On working with Salman, Disha said:

“At first I was intimidated by him, I was working with the biggest star of the country but, as shoot started and we were on the sets for a couple of days, I realised that he is very easy-going.

“Salman is very chilled on the set, we have so much fun being together.

“He is very humble and a very giving actor.”

The song ‘Seeti Maar’ is already a massive hit among fans. Disha revealed that Salman improvised some of his dance moves in the song.

She said: “Once he is there in the frame, nobody wants to watch anyone else.

“His star power is so huge, his swag is too cool.

“But I tried my best, I don’t know if I did justice though.

“It is also fun dancing with him because he adds such small comical things here and there, he has great ideas.

“One can learn a lot from him, he is an improviser.”

On the one thing she has learnt from Salman, Disha revealed:

“I didn’t really learn, but I really admire his swag.

“He has this incredible style when he dances and he doesn’t need to do much.

“Even if he is just standing there, the scene is happening, the aura around him, the swag is so incredible that you can’t really focus on anything else.” 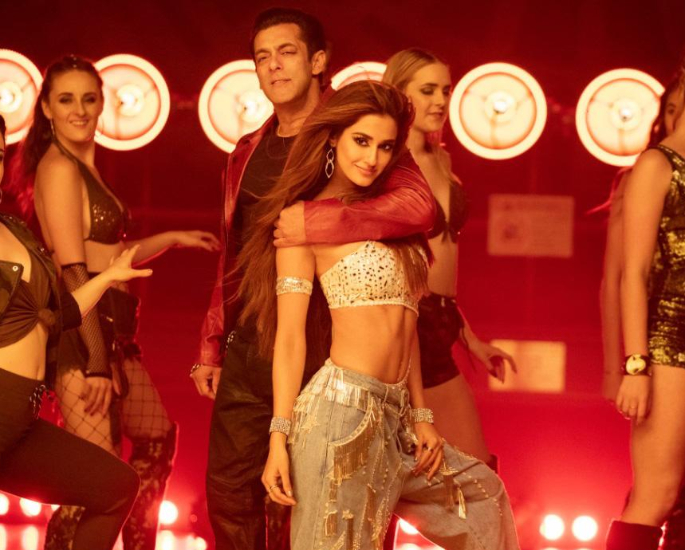 Disha Patani shared what it was like working on such a creatively charged film set.

“It has been such a delight to work with everyone, Salman sir, Prabhu sir, Jackie sir, Randeep.

“I get to learn so much from each actor because they are all so different from each other and the kind of roles they have done. So it was a pleasure!

“Even Prabhu sir as a director, he is so helpful because he knows exactly what he wants and he shows you as well. He is a great actor, so it just gets very easy.”

Radhe will be released in all operational theatres and on Zee Plex and ZEE5 on May 13, 2021.

Despite the pandemic, Disha Patani is happy that the film will keep viewers entertained.

“I feel like it is a blessing to have a release after a year, whether it is arriving on OTT or theatre or any other platform.

“I hope that it reaches as many people as possible and entertains them all, especially at a time like this. We really need that.”

Dhiren is a journalism graduate with a passion for gaming, watching films and sports. He also enjoys cooking from time to time. His motto is to “Live life one day at a time.”
Dia Mirza says Bollywood is ‘Rampant’ with Sexism
Kangana Ranaut ‘waiting to be banned’ from Instagram