The trailer for upcoming South Indian film ‘KGF Chapter 2’ starring Yash, has broken records for the most-viewed trailer on YouTube.

"I am overwhelmed with the love that we have received"

The upcoming film starring south-Indian megastar Yash, Bollywood actor Sanjay Dutt and Raveena Tandon among others was released on January 7, 2021.

Within minutes of being released the KGF Chapter 2 trailer became the number one Twitter trend in India.

“Here We Go, Glimpse Into An Empire Called KGF and a Glance of Rocky’s World. 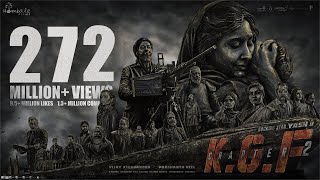 KGF Chapter 2 is the sequel to KGF Chapter 1 (2018), a Kannada-language film written and directed by Prashanth Neel, and produced by Hombale Films.

The first instalment of the KGF chronicles won substantial critical acclaim, as well as two National Awards in 2019 for Best Action and Best Special Effects.

Now, the mere teaser of it’s sequel has become the most liked teaser in the history of South Indian films.

Talking about breaking records, Yash said in a statement:

“The success of Chapter 1 has empowered us to do better.

“We hope to entertain our existing audience and also widen the fan base with KGF Chapter 2.

“The agenda is to entertain our audience and keep our fans happy.

“If in that process, we end up breaking some kind of record, that would be an added bonus.” 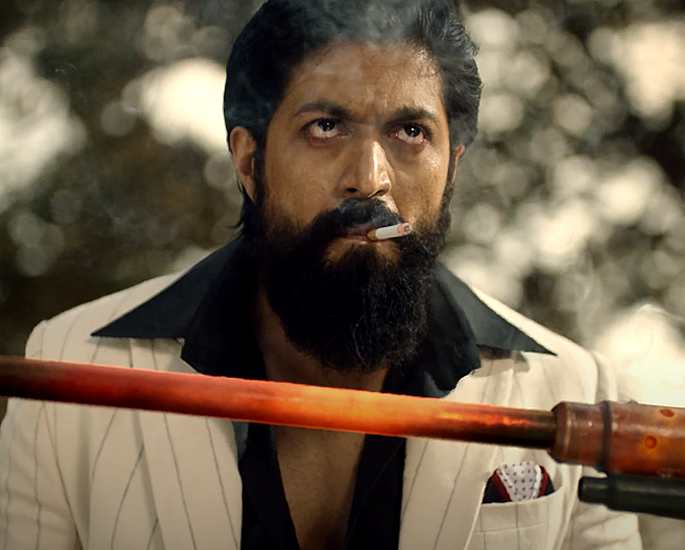 Promising an action-packed ’emotional’ ride, the actor also opened up about sharing the screen with Bollywood actors Sanjay Dutt and Raveena Tandon.

He said: “Both Sanjay Sir and Raveena Ma’am are wonderful to work with.

“Sanjay Sir sets a great example of what grit and perseverance can get you through.

“The professionalism and passion that he showed towards his role and this film despite his health condition were very inspiring.

“And Raveena Ma’am has always been a versatile actor.

“She is a lovely, vibrant person who is full of life. She brought that warmth and energy on set too.”

Bollywood actor Sanjay Dutt who plays the role of the villain, Adheera in the film claimed he is overwhelmed with the response the teaser received.

The actor states: “I am overwhelmed with the love that we have received for the teaser from the fans and audience.

“We have garnered over 125 million views in such a short span of time, it is crazy.

“Yeh toh abhi teaser tha picture abhi baaki hai, (this is just the teaser, the film is yet remaining) can’t wait for everyone to watch it.

“I am extremely excited for this film.”

Akanksha is a media graduate, currently pursuing a postgraduate in Journalism. Her passions include current affairs and trends, TV and films, as well as travelling. Her life motto is 'Better an oops than a what if'.
Shehnaaz Gill Won’t get Work if she Gets ‘Chubby’ Again
‘Madam Chief Minister’ Poster sparks Anger over Caste Stereotypes