British Asians Behind the Camera – Why We Need More

Representation is improving on television, but is it for British Asians behind the camera? DESIblitz explores why we change needs to happen on both sides.

Essentially Patel is a key example of why we need more British Asians behind the camera.

Representation for British Asians on television feels like it’s never been better. In front of the camera, we’re seeing more talented actors in challenging and fulfilling roles. Nevertheless, what about the British Asians behind the camera?

In order to write and create exciting roles for British Asians actors, we need more talented creatives in all areas of television.

After all, ensuring proper representation is more than what you can see. Instead, it’s necessary to check the smaller details that all roles, from senior executives to junior writers, have a diversity of backgrounds.

In fact, seemingly good representation onscreen can cause a false sense of comfort if, in reality, it continues the same stereotypes.

Generally, there’s an important relationship between representation onscreen and offscreen to improve the quality of television today.

Therefore, DESIblitz breaks down why the lack of British Asians behind the camera is so problematic and explores why we need more.

We’ve won an Emmy and a BAFTA for outstanding acting skills thanks to Riz Ahmed and Adeel Akhtar. Santham Sanghera’s The Boy with the Topknot is winning countless awards and we’ve seen an explosion of British Asians on the small screen with BBC’s The Big British Asian Summer. All is well for British Asians in television…or is it?

“If anyone can name more than 5 tv shows commissioned in the UK from British Asian Women writers in the past decade (full seasons not one off episodes)”?

If anyone can name more than 5 tv shows commissioned in the UK from British Asian Women writers in the past decade (full seasons not one off episodes,) please let me know so I can eat my hat, I have far too many hats.
This is me waiting, desperately hoping to be proven wrong. pic.twitter.com/gAuOP5N9eb

Sadly her challenge went unbeaten. Some recall Meera Syal’s Life Isn’t All Ha Ha Hee Hee or of course, the indomitable Gurinder Chadha. Nevertheless, the televised version of Syal’s autobiographical tale dates to 2005 and even Chadha admits that Bend It Like Beckham wouldn’t get made today.

Chadha may be the most joint-prolific female director working in the UK today, but it seems she’s the exception to the rule. Instead, there’s a worrying lack of British Asians behind the camera of either gender.

In Front of the Camera

On the small screen, it arguably appears that representation is improving. In addition to the aforementioned wins, British Asians are appearing more on all forms of television.

BBC’s Man Like Mobeen has the nation laughing at the antics of Guz Khan while Ackley Bridge fills the slot of soapy school drama on Channel 4.

Archie Panjabi had spectators riveted in the thrilling Next of Kin on ITV. Then comedians like Romesh Ranganathan and Nish Kumar cover comedy panel shows as well as their own outputs.

Reality TV even has a slew of British Asian candidates on The Apprentice and CBeebies presenter Dr Ranj Singh on Strictly Come Dancing. Indeed for the BBC, 2018 marks The Big British Asian Summer with the go-to for documentaries, Anita Rani, appearing.

However, perhaps this is part of the problem.

Is it effective to have a season of British Asian programming? Programming according to race has previously provoked more tensions with BBC’s White Season in 2008.

Then even a one-off episode of Good Morning Britain divided viewers with Adil Ray and Ranvir Singh, rather than normalising the presence of British Asians on television.

Plus, as Bisha K. Ali points out, one-off programming does not count in the same way. Instead, this may cause complacency owing to the sense that more is being done to ensure representation. 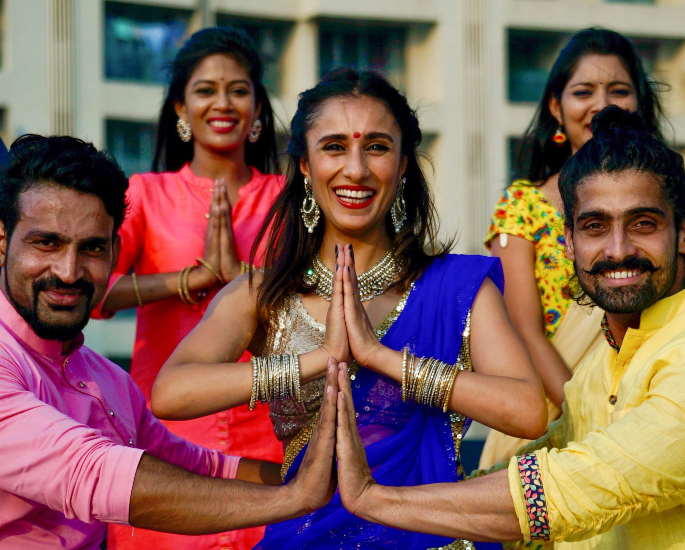 Outside of specially programmed seasons, it feels possible to identify the same British Asian faces in a genre of television.

Likewise, some may notice how one British Asian show seems to air at a time.

Despite being radically different in their approach and humour, Man Like Mobeen stepped into the ‘slot’ of Adil Ray’s Citizen Khan.

“Things haven’t changed since Sunny and Shay were on The Family. We still know when there’s a British Asian on TV, it’s still an event.”

“I don’t even watch Strictly, I haven’t in years, but even I know everything about Dr Ranj and the moment he left.”

“You’ve definitely seen more British Asians on TV and it’s a bit more normal, but it’s the same kind of thing. Terrorist or family drama – or both!”

However, this highlights the importance of diversifying and including more British Asians behind the camera too. 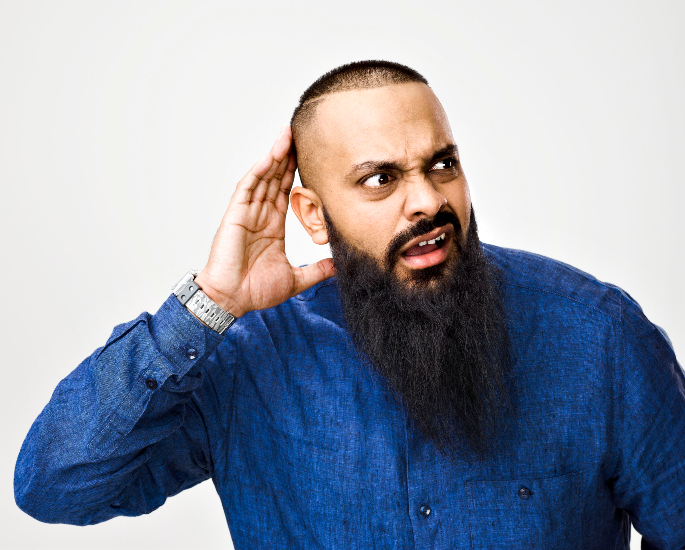 The Dangers of Perpetuating Stereotypes

BBC’s Bodyguard is an example of the complex question of representation. On one hand, it features Ash Tandon as the multifaceted character of Detective Deepak Sharma.

Like the protagonists of Bodyguard, David Budd (Richard Madden), we constantly shift between trusting him and being suspicious of his motives.

Nevertheless, the revelation about Anjli Mohindra’s character as a terrorist mastermind is controversial. It continues stereotypes with Asian women as either a victim or villain, failing The Riz Test.

As the most watched drama since 2008, this limiting portrayal is dangerously reaching many people, many of whom may take this depiction at face value. After all, the level of hate crime is soaring.

Naturally, writers, directors and producers of all backgrounds have a part to play in eliminating stereotypes in their work. Well-written characters can come from anywhere.

Nevertheless, having more British Asians behind the camera is a crucial step to achieve this.

Some stereotypes about British Asians are too deeply ingrained in everyday life, as Simran highlights:

“I was only having my hair cut and mentioned my boyfriend. My stylist was so surprised, asking whether my parents knew and how mad would they be.”

“I think she half-expects something like me being thrown out or violence like honour-killings with South Asians. It’s almost funny if it wasn’t so annoying that she just assumes.”

Honour-killings are a very serious issue in the British Asian community. The drama Murdered By My Father is key to raising awareness of the topic.

Still, it is the show’s excellent casting and the research of screenwriter, Vinay Patel, that helps to create a nuanced and compelling piece of television.

Essentially Patel is a key example of why we need more British Asians behind the camera.

The Long Path To Progress

The current situation isn’t all bleak. British Asians continue to appear on screen with Anjli Mohindra. Then we are seeing some progress with British Asians behind the camera.

Man Like Mobeen is a key instance of a comedy that refuses to rely on tired stereotypes. Similarly, Ambreen Razia’s Hounslow Diaries has the same fresh feel with brilliant comedic timing.

An adaptation of her one-woman play, The Diary of a Hounslow Girl, Razia’s pilot is a great find for BBC3. It features more traditional aspects of Asian life such as marriage and strict parents. Yet it also shows its three female protagonists as teenage friends who want to have fun.

Nonetheless, it’s important that programmes like Hounslow Diaries don’t remain a special one-off. Part of great storytelling is seeing how characters grow and change over time.

Plus it’s likely that the British Asians behind the camera appreciate the financial stability of long-term projects. While Razia emphasises her gratitude for her pilot opportunity, creatives can spend a significant amount of time waiting for new chances.

Although, this isn’t to say one-off work doesn’t have its place. Vinay Patel’s Doctor Who screenwriting debut is ‘Demons of the Punjab’, set during the Partition.

Patel is one of the first ever BAME writers in the science fiction show’s 55 years in spite of a surprising fact about its history. The director of Doctor Who’s first episode is the British Asian director, Waris Hussein.

As Patel puts it:

“Diversity is in Doctor Who’s DNA.”

Patel applies the same dexterity to writing ‘Demons of the Punjab’ as Murdered By My Father. It deals with the contentious subject of Partition with humour, emotion and wonderful visuals.

Yet, this almost invisible link between Patel and Hussein reinforces why avoiding complacency is key. History can very easily repeat itself with Patel.

Moreover, other areas of the media can be quick to snap up promising talent. 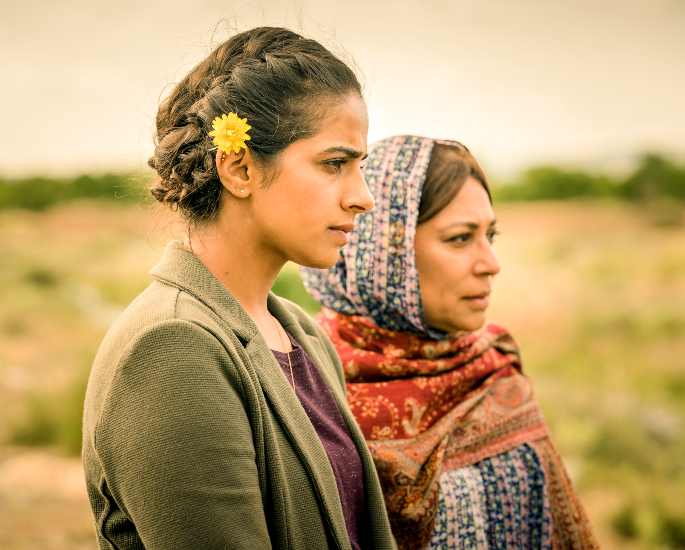 Across The Pond and Treading The Boards

Owing to the lack of opportunities in the UK, many talented British Asian actors find work in the US.

Jameela Jamil, for instance, is enjoying a far more varied and interesting role with NBC fantasy comedy, The Good Place.

However, the same phenomenon is observable with the British Asians behind the camera.

Bisha K. Ali currently works in Los Angeles for American channel hulu. On the other hand, BBC’s commissioning of Riz Ahmed’s drama, Englistan, is perhaps attributable only to the sheer scale of his enormous success.

The same bankability may partly contribute to Gurinder Chadha’s position as the UK’s the most joint-prolific female director. Indeed, she merits particular acclaim for overcoming both her ethnic background and gender for her career achievements.

Conversely, for British Asian creatives who don’t want to fly to America, the theatre welcomes them.

Following the latter’s show was a Q&A session on British Asian women in the arts and media. It seems that theatre is much more ready to address its failings than television.

Yet, it is the two theatre shows that feel leaps ahead since they also addressing the intersection between class, race and gender as they depict working-class, British Asian women.

In short, the state of UK television needs to adapt quickly. There are not enough British Asians behind the camera, which risks the progress onscreen.

Some of the same stereotypes are continuing to be broadcast to multicultural Britain. This, unfortunately, creates a false sense of representation and sometimes harmful consequences.

Yet the improved representation in theatre demonstrates the untapped potential of British Asians to be creative. There are clearly many British Asians with a story to tell, who need more opportunities to showcase their talents in television.

Most importantly, UK’s British Asian’s population also deserve the chance to see themselves represented in rip-splitting comedies, fun romantic dramas and finally, while the credits roll at end of a satisfying show.