In an exclusive interview, DESIblitz talks with Dr Ranj Singh about pursuing medicine, working on TV and educating the public on staying healthy.

"At the end of the day, we’re just trying to help people stay healthy."

Dr Ranj Singh has carved himself a successful career in medicine. Not only spending time working in NHS hospitals, but he also appears on UK screens as a TV doctor.

Pursuing a path in medicine during secondary school, he dedicated himself to his studies. Eventually, he succeeded and landed a role working in hospitals. However, his career soon took an interesting turn as he was offered the opportunity to work in television.

Since appearing on our screens, Dr Ranj Singh has featured in many health programmes, such as Cbeebies’ Get Well Soon. He also appears as a resident doctor on This Morning, advising viewers who call in on their various queries.

The TV doctor is also keen to help improve the health and well-being of youngsters. Publishing two children books, they aim to inform young people more about the human body and how to stay healthy.

Now, in an exclusive interview with DESIblitz, he explains more about the profession. The challenges it presents and building up health awareness in Desi communities.

Tell us about your childhood, ambitions, growing up, school?

I grew up in Kent, in the South East, and went to fairly ‘normal’ schools. My parents had both moved to the UK from Punjab in their early twenties and had taken jobs as unskilled workers.

So they were always keen for myself and my two brothers to do well academically so that we could get better opportunities in life! I’ll always admire how hard they had to work. I didn’t have a clue what I wanted to be when I grew up though. Everything from an astronaut to a teacher was on the cards!

When did you first know you wanted to be a doctor?

I only really thought about my future when I was at secondary school. That’s where we had to decide what subjects we wanted to study and that meant thinking about what would help us in future. 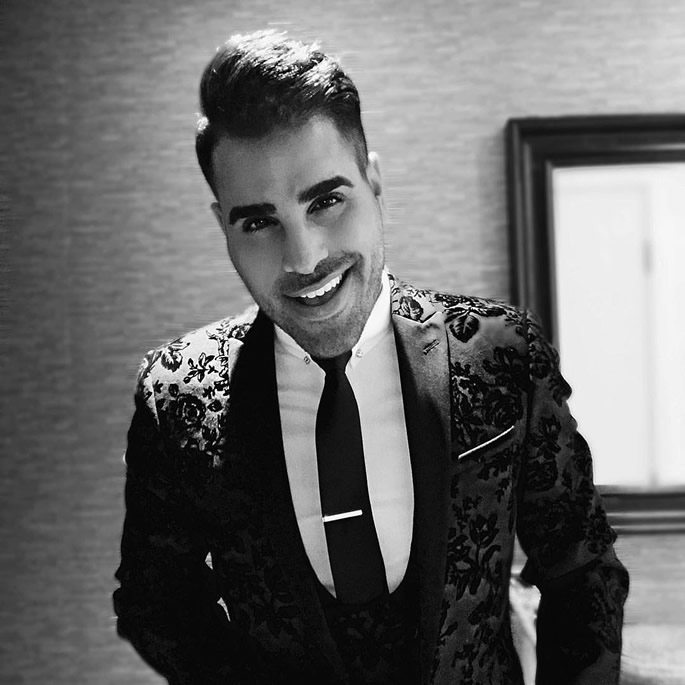 Although my parents encouraged it, I never thought I’d be able to pursue a career in medicine as I didn’t feel clever enough. Through the support of teachers and other people, I started to push myself more at school to get my grades and slowly it all seemed to pay off!

What were the challenges you faced to become a doctor?

There are the obvious academic challenges – unless you’re naturally clever, you do have to work quite hard. It also has financial implications, as the degree is longer and more expensive than others, so you have to consider that too.

You really have to be prepared to work hard though. It’s not a career for the light-hearted or lazy as it’s fairly intense.  The rewards are amazing though.  I don’t think I’d be much good at any other job!

Why is medicine such a ‘magnet profession’ for Asians?

I think working hard, achieving academically and seeking out the best opportunities are all ingrained in Asian culture. Much like it is in many other migrant cultures. Jobs in medicine, law and business are traditionally considered as the top professions and that’s what people will strive for.

At the end of the day, we strive to do the best in life, and that ethic is carried through the generations. This is both a blessing and a curse – sometimes it puts a lot of pressure on people, who may not necessarily be keen on or suited to those more ‘typical’ professions.

How has your life changed since being on TV?

It kind of all happened by accident. I didn’t leave university thinking I wanted to be on TV!

I was doing my regular doctor job in a hospital and just took opportunities as they came along really. I had a chance meeting with a producer at the BBC who was looking for a young people’s doctor as an adviser, and they took me on. My name got passed around and I was asked to do other things both on and off screen.

To cut a long story short, people then encouraged me to go for bigger roles and to consider presenting – something I had never ever thought of! The real turning point came when I came up with the concept for Get Well Soon, my children’s TV show on CBeebies. 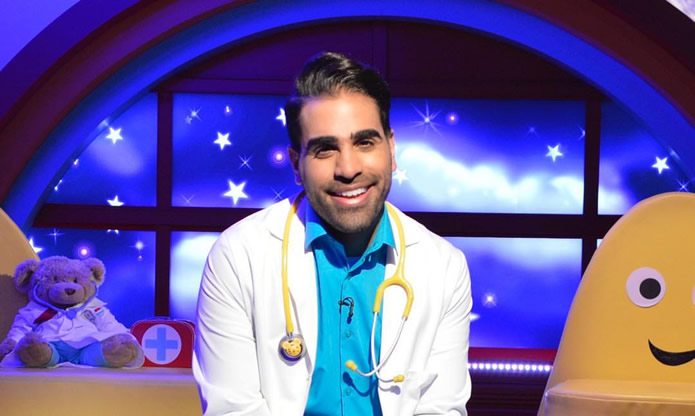 How do TV programmes like yours help? What is the aim?

I work on several shows across different channels – mainly the BBC and ITV. All of the shows I do aim to educate or help the public in medical matters. It’s all about health promotion, but on a media platform.

In simple terms, I’m just doing my usual job educating and informing the public, but on a different playing field. Yes, sometimes it is entertaining and there is a fun element, but at the end of the day, we’re just trying to help people stay healthy.

What is your view on pay vs the incredible services doctors provide?

Doctors in the NHS work extremely hard. We don’t go into the profession to make money – trust me, there are far better ways of doing that which don’t involve you dedicating your entire life to your job!

Most of them are genuinely there to help people and save lives, and it’s hard to put a price on that kind of work. However, it is important to recognise the value of that work and to make people feel like they are valued. Otherwise, no-one will do that job and then we’re all in serious trouble.

We see many doctors from South Asia in the UK, do you feel there is a difference in their methods or understanding of British Asian life?

Sure doctors from overseas have grown up and trained with different experiences, but I’ve always found them to adapt to British Asian life really well.

They work just as hard as anyone else, and often it is more difficult for them as they face added challenges: living in a foreign place, language barriers, separation from friends and family and that sort of thing. I’ve always found them to be great colleagues.

Which areas of health/medicine do you feel still need a lot more awareness within the Asian communities?

We could all benefit from better awareness and understanding of our health, regardless of our backgrounds. However, for Asian communities, there are some areas that we should really try to address. 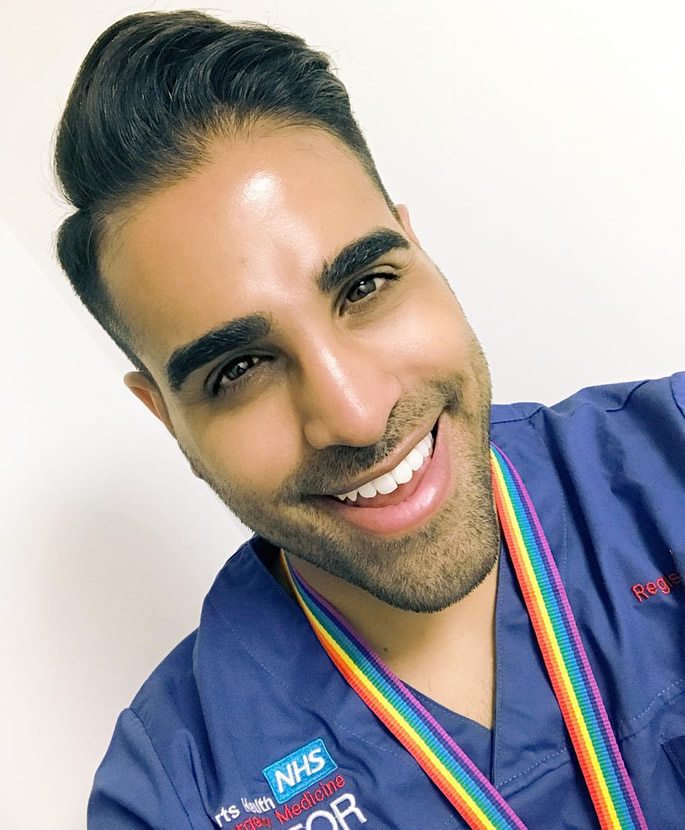 Many subjects are still considered taboo in our community and we need to work to change that as it’s not helping anyone.

What top tips would you give to budding doctors like yourself?

Give it your best shot. You don’t have to be the cleverest person in the world, but if you put in the work it will pay off! And remember that medicine is a life choice, not just a job – it demands a lot from you and you have to be prepared to give that.

Above all though, don’t forget to look after yourself and make sure you have a good time doing it!

With a flourishing career as a TV doctor, Dr Ranj Singh admits patients find it “intriguing” when they see him in hospitals, saying: “I do get asked for selfies quite a bit, but I have to remind people that I am actually a real doctor and I’m there to do a job!”

Despite the challenges in his journey in medicine, he shows extraordinary perseverance and hails as a remarkable doctor. He also serves as an inspiration to the next generation, as he continues to promote healthy lifestyles for youngsters.

Passionate about educating the public on health, fitness and well-being, Dr Ranj Singh is a true role model to Asian communities.