British Asian student comes out as ‘non-binary’ to Obama

Maria Munir, a British Asian student from Watford, identified as being ‘non-binary’ to US President Barack Obama at an event in London on April 23, 2016.

"I could feel the legitimate fear [Maria] felt when coming out as non-binary."

A British Asian student identified as being ‘non-binary’ in public for the first time at a Q&A session with US President Barack Obama.

Pleasantly surprised to be chosen to ask a question, Maria Munir asked him about LGBTQ issues instead of the Libya intervention.

Maria, welled up with tears, said: “I’m about to do something terrifying, which is I’m coming out to you as a non-binary person. I’m from a Pakistani Muslim background which inevitably has cultural implications.

“In the UK, we don’t recognise non-binary people under the Equality Act, so we literally have no rights. So if there was any discrimination, there is nothing we can do.

“What could you do to go beyond what is accepted as the LGBTQ rights movement?”

Non-binary persons identify with neither being male nor female, and ‘exist outside of the gender binary’, according to UK charity Terrence Higgins Trust. Maria pledges the public on Twitter to use ‘they/their/them’ to refer to anyone with non-binary gender identity. 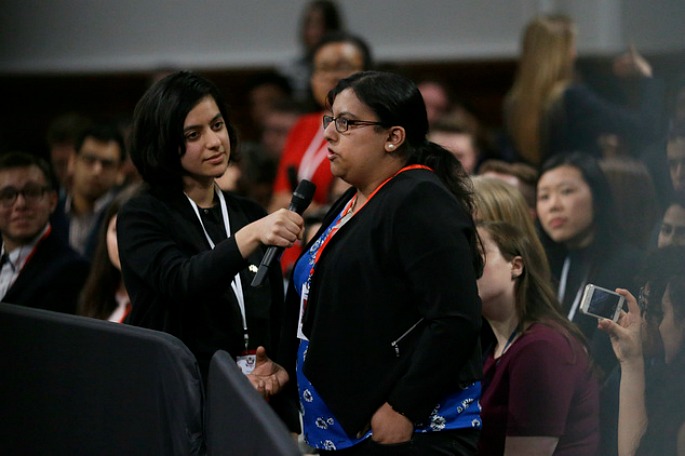 Before answering the tough question, Obama applauded the politics student for coming out and being vocal on the issue.

The President then explained to the 20-year-old student his government’s position on the new law in North Carolina, whereby transgender people are required to use public bathrooms according to their sex at birth.

Obama said: “The challenge we’ve had with the law that came up in North Carolina for example, that’s a state law. And because of our system of government, I can’t overturn on my own state laws unless a federal law passes that prohibits states from doing these things. With the Congress I currently have, that’s not likely to happen.”

He acknowledged there is much room for progress on achieving social justice and equality for LGBTQ people, telling the British Asian student ‘you shouldn’t feel satisfied, you should keep pushing’.

Obama continued: “We’re moving in the right direction – in part because of courageous and active young people like yourself. So, stick with it.”

After the Q&A session, Maria informed parents and relatives, and believed Obama’s positive response helped the family understand the confession better than expected.

The student from Watford said:

“Their response has been positive. I’m really grateful that they opened their minds to this issue and are understanding it better.

“I think if I had this conversation on an ordinary day with nothing to precede it, it would have been met with a bit more ambivalence, but the fact that I said it to Barack Obama…that probably helped me.”

Maria’s action instantly found support across social media. Facebook user John Patching comments: “That was a brave and courageous thing that Maria did to help people understand why equality matters.”

Another user Rowen Thomas says: “I cried while watching this because I could feel the legitimate fear that person felt when coming out as non-binary. 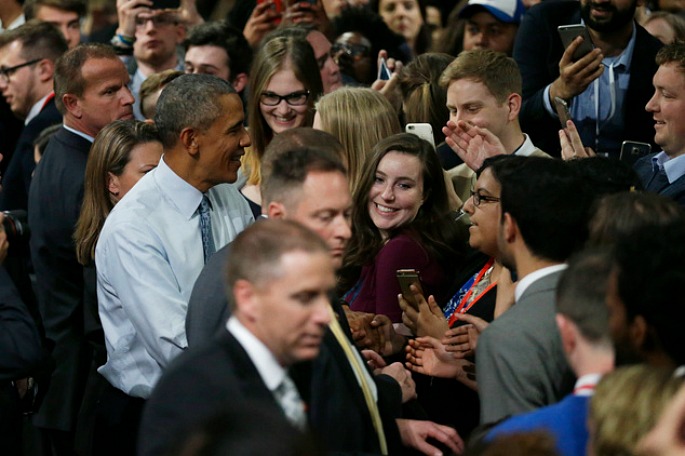 But all the excitement and overwhelming emotions aside, Maria was slightly let down by Obama’s reply, saying: “I’ve been imagining this situation for quite some time. His answers were never going to live up to that, but his answers were not of the caliber that I would expect of an outgoing president.

“I felt that as someone who has eight months to establish his legacy once and for all, in order to be the face of change, he really needs to start doing something about transgender rights.”

Sexuality – its renewed definition and changing dynamics with society – has never commanded so much attention before. Maria Munir spoke up for a fraction of the LGBTQ community, which will hopefully create a platform for more voices.

Find out what British Asians think about sexuality in our article and video interview here.