"My dad is from India and I like Indian food, especially chicken tikka masala."

It also involves a challenge that children from the ages of eight to 12 partake in.

The competition requires children to create an original lunch recipe that is healthy, affordable, and tasty.

Their recipe must have contained each of the food groups; this includes fruits, vegetables, whole grains, lean protein and low-fat dairy.

One winner is selected from each state. Amongst the competition are three young Indian chefs.

Representing Indiana is Shakthi Ramachandran, aged 8, with her chicken tikka inspired dish: “My dad is from India and I like Indian food, especially chicken tikka masala.”

She has created it by using her favourite ingredients: chicken, lots of vegetables and raita.

Representing Texas is 10-year-old Priya Patel, who opts for a ‘tex-mex veg-head lasagne’.

She says the dish is inspired by her mother, who encourages her to eat vegetables with every meal.

Finally, 11-year-old Abhijith Jenkins is standing for Missouri, with his ‘Tropical Vacation’.

It features exotic ingredients, such as mango and pineapple alongside catfish and quinoa.

He says: “I was inspired to make this dish because I love the beach!” 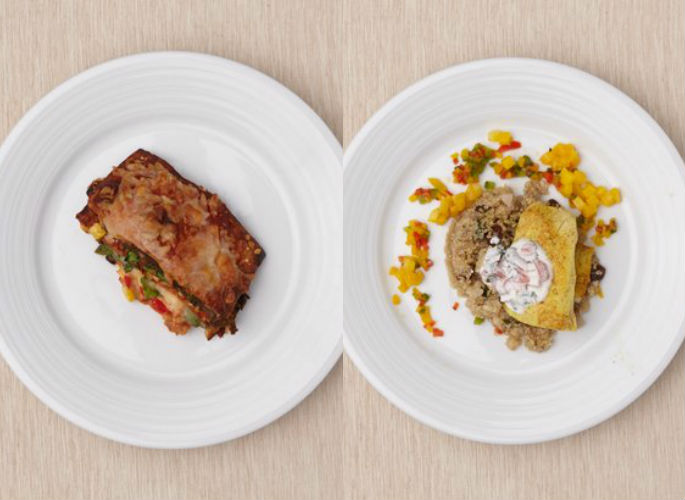 These young chefs are a wonderful insight to how ethnic minorities are getting involved in their American home, whilst still staying close to their heritage.

All winners head to the White House for the Kids’ State Dinner July 14, 2016.

The First Lady warmly welcomes all the winners, saying: “You guys blew us away with your creativity and your skills in the kitchen.”

Since 2012, she has hosted five Kids’ State Dinners which has welcomed more than 270 young people and their families to the White House.

Images courtesy of AP and PBS