In the fourth episode of Desi Rascals 2, Jo and Jasmin want to follow their dreams of becoming Bollywood stars. And Yasmin and Solly are in search of love.

“That is a massive step. I’m gobsmacked."

In episode 4 of Desi Rascals 2, how are the West Londoners recovering after last week’s royal rumble?

Yasmin is on the search for a rishta. And will Solomon’s search for love finally see some success?

Jo Shah and Jasmin Walia are intent on moving to India to follow their Bollywood dreams.

But how will their loved ones react?

The Aftermath of the Battle of Siddiqui Manor 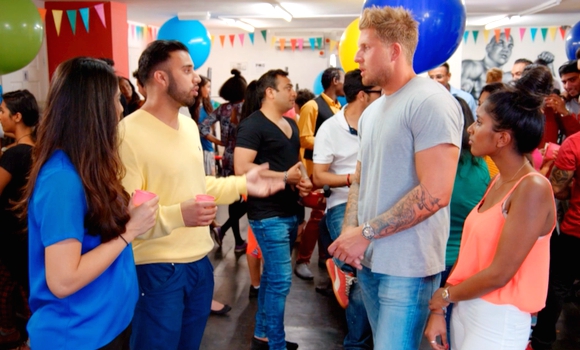 Owais is still seething about the bust up with ‘tweedle dee and tweedle dum’ in episode 3 (which you can read about here).

New boy Jason decides to stand up to Owais. He says: “I think there’s a few things you probably should not have said.”

Jason’s BFF, Anj, however agrees with Owais. So Jason is persistent in proving he is right. 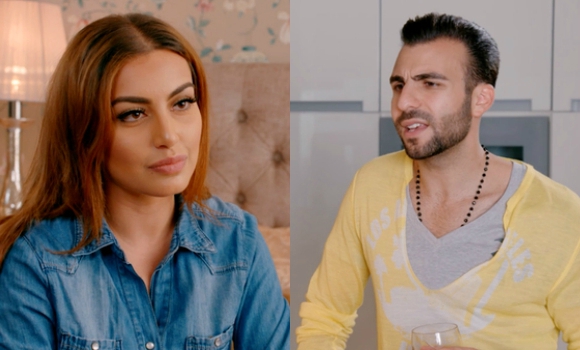 Adam Michaelidies and Solomon Akhtar, the Pair of Extraordinary Gentlemen, share their experience of the ruckus in the previous episode.

Meanwhile, Feryal ‘The Innocent’ shares about the trauma of the experience with Yasmin.

Owais is still bothered. But he has the support of his ‘three brothers’, Anj, Moses, and Shmoyel, as they work out at the Pure Muscles Gym.

Whilst Jason might not have got through to Owais, a happily-married and in-love Praks does.

Praks says: “You need to go and say sorry to her. And be genuine about it.” 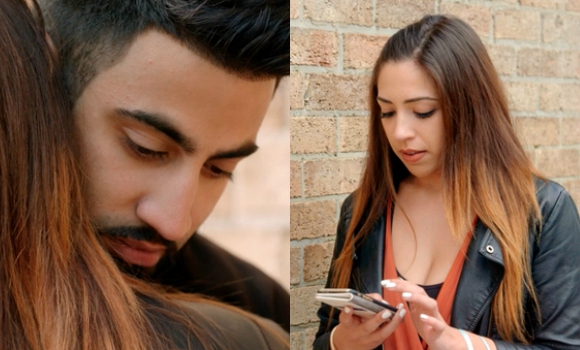 Jo is waiting outside Pure Muscles Gym. Her call interrupts the banterous proceedings in the gym.

Moses comes outside to meet Jo. An avid dancer and DJ, he shows her his latest move – the stirrer.

Jo says: “I just want to make sure that we can move on. And have fun together, as friends. And there be no hostility. No awkwardness.”

Moses replies: “The only person that comforts me is you. I am feeling quite lost. It’s just crazy.”

Jo finishes with: “We both know it’s over now. But it’s important that we build on our friendship.”

All of us hope that their friendship can be an amicable one. 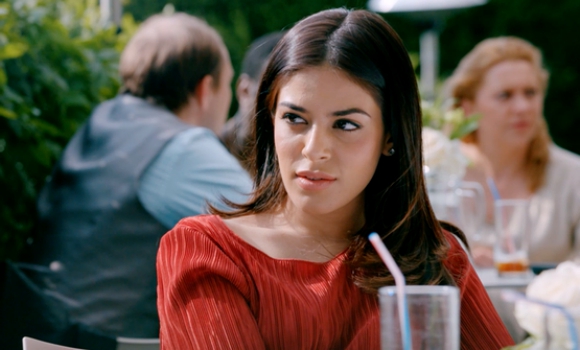 Yasmin’s childhood friend Zane [translation: Desi upgrade to George] has found someone for her.

Are you sure want an arranged marriage, Yas? “I’m turning 29 in a month. I should have two kids by now.” Woaah! Steady on!

“It’s just different. It’s safer.” Is that supposed to make it sound better?!

Yasmin wants ‘someone who comes into a room and has presence’.

So Yas, what do you know about this guy? “Absolutely nothing. But Zane’s going to fill me in later.”

So, what does this guy need to have? “Maybe a swimming pool in the house. And a basketball court in the garden. Maybe a white Ferrari.”

For someone who supposedly does not have feelings for Yasmin, Adam is showing a lot of resentment about her marriage plans.

However, what Zane has promised proves to be hot air. Yasmin is stood up from an arranged marriage proposal date. Sometimes life can suck. 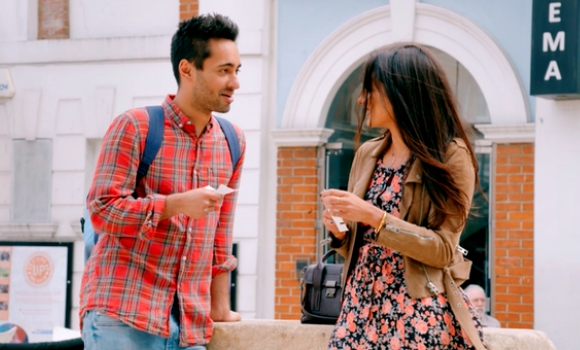 The sly ‘Desi Dog’ goes to work on Kavita the moment he has been left alone with her.

Now Solomon is hardly suave. But what he lacks in charisma, he makes up for in tenacity.

Solly’s persistence pays off! He asks out Kavita! And she says yes! Winners all around!

On the cinema date, Solly impresses with his adorable little starfish-shaped cookies.

So what film are they going to watch? Magic Mike. Male strippers. Channing Tatum. Every girl’s dream.

“Does [Channing Tatum] strip in it? I’m not ready to do that on the first date. Second date, right?”

That gets a toothy grin out of Kavita.

Jo sets her Sights on Bollywood 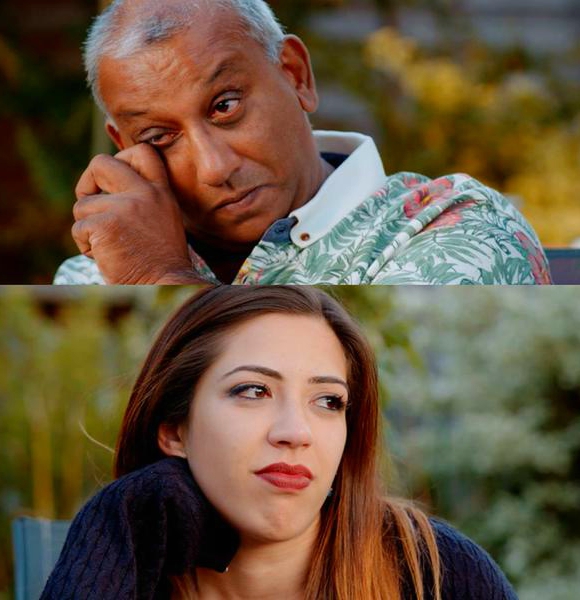 Manoj, hosting his first ever barbecue, addresses everybody with a teary speech.

Life has been tough for the Shahs. Jo has been through a roller-coaster with Mo. And Nat is out of a job. Yet still they can laugh and smile about it.

Although everybody else is having plenty of fun, Jasmin and Ross find themselves butting heads again over Jasmin’s dream plans to become a Bollywood star. (You can read about this in more depth here).

Jo tells her family that she has applied for a place in a Bollywood acting school. The Shahs are over the moon and very proud of Jo.

There is one catch though, it is in Mumbai. A shocked Manoj says: “That is a massive step. I’m gobsmacked. A little bit.”

For the Shahdashians, the tears are flooding out. Tears of pride and joy. But surely some tears of sadness too?

In the next episode, Yasmin and Adam are still in denial about their love for each other.

Ross wants Jasmin to choose between him and her Bollywood dreams.

And Moses is shocked to find out that Jo is moving to Mumbai. Will Mo make a last ditch attempt to save MoJo?