Kathleen Kane, a US Attorney General, makes an inaccurate reference to the sensational drama film Slumdog Millionaire (2008) in a press conference.

“Boondog Millionaire: It was the story of Irish-Indian gangsters playing a game show.”

An American Attorney General sends Twitter into frenzy by making an odd reference to Slumdog Millionaire (2008), in a press conference.

Kathleen Kane, accused of perjury and obstruction of justice in a grand jury investigation, addressed the media in Pennsylvania on August 13, 2015.

She claimed her charges have been staged to divert attention away from a pornographic email scandal that she uncovered in 2014.

At the end of her 15-minute speech, Kane borrowed movie references to send a message to her sons.

The Democrat said: “There’s a movie called Boondog Millionaire that I know Christopher (her son) knows as well.

“And in that movie, the priest says you have two choices. There are two types of evil in this life. 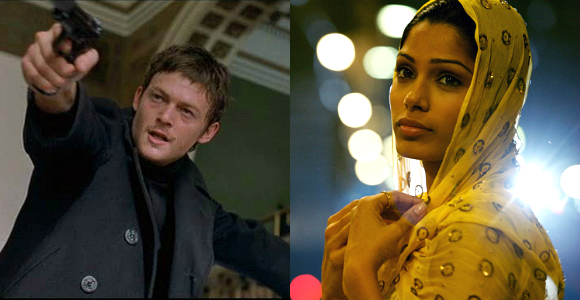 “One is the traditional evil that I desperately try to save my boys from and the 13 million people of this commonwealth. And the other type of evil is when good people stand back and do nothing.

“And I’m telling you, Christopher and Zach, you know I have never been that person. I brought this fight to our doorstep.”

This left many to wonder if Kane meant Slumdog Millionaire or The Boondock Saints (1999), starring Norman Reedus (The Walking Dead).

The way she described the battle between good and evil was more akin to the American gangster film – maybe loosely for Slumdog as well.

But the character of ‘the priest’ was obviously absent from the award-winning British drama film that launched Dev Patel and Frieda Pinto’s career.

Kane’s spokesman clarified with the media later that she meant to say Boondock Saints, but Twitter has already jumped all over the new trend.

Among a stream of jokes are two parody accounts created purely to take a further jab at Kane – @slumdogsaints and @BdogMillionaire.

“Boondog Millionaire” is the unlikely story of two Irish Catholic brothers in Mumbai who get rich by blowing up a game show.

Columnist Joel Mathis also tweeted: “Boondog Millionaire: A sequel to Boondock Saints and Slumdog Millionaire. It was the story of Irish-Indian gangsters playing a game show.”

Kane has been under heavy scrutiny in recent months.

She has been accused of orchestrating to ‘leak confidential investigative information and secret grand jury information’, and lying to the grand jury about her actions. 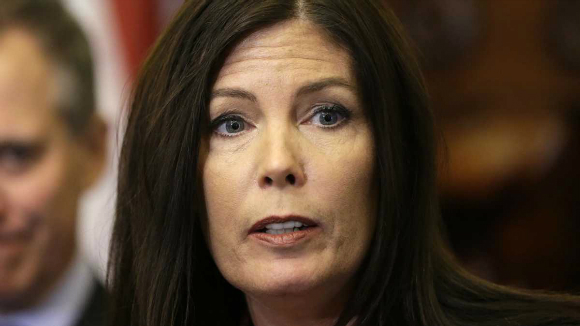 The 49-year-old lawyer also saw a number of individuals being fired from her office as a result of the investigation.

She insists her innocence and believes the charges brought against her aim to retaliate her office’s investigation into the state officials, who have been emailing pornographic images to each other using state computers.