"These are stories, these are films and we play characters, we play roles."

Satyagraha was inspired by current situations and revolves around the struggle for the middle class to rise up against a corrupt and unjust system.

Prakash Jha has a knack and a talent for making powerful political films; Satyagraha brings about the movement to challenge the status quo.

The story revolves around an ambitious young man who is ready to climb the ladder to corporate success, however a personal tragedy exposes him to the alarming consequences of corruption in this country. 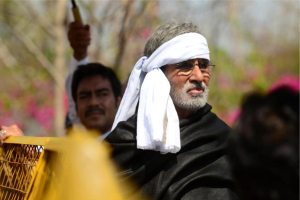 After joining hands with an idealistic old man, he sparks a people’s protest that soon intensifies into a massive movement with national significance, whilst battling politicians who have set out to dishonor him.

Amitabh Bachchan plays the role of Dwarka Anand, a solid believer of truth.

Speaking about the inspiration behind the film, Bachchan states: “These are stories, these are films and we play characters, we play roles. What our individual and personal thinking is, I, at least, would like to keep it personal and individual.

“But, if for some reason and, if there is an aspect of a particular story which can become inspirational for somebody, then it’s a moment of joy and happiness for us,” he adds.

When asked about his preparation for his character, Bachchan said he prefers to have lengthy, in-depth discussions with his directors before enacting the role. 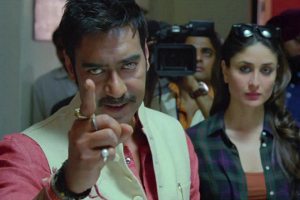 Ajay Devgn is playing the role of Manav Raghvendra. He is a brilliant telecommunication expert who makes use of his skills and the ways of the world to get what he wants:

“Satyagraha is a great balance between keeping it realistic and commercial at the same time…I like doing aggressive films and this film had that aggression and it targets youth,” says Ajay.

“Today’s youth is concerned about what is happening. Earlier, there were no candle light marches. Today, things have changed and they [the youth] react to it and are not depending on the government.”

Kareena Kapoor plays the role of Yasmin Ahmed. She is a hard-headed, determined TV reporter who strives to get real answers. She admits this was a unique experience for her:

“When I was offered the part, it was exciting that I had been offered it considering that I had mostly done roles which were slightly romantic, with the song-and-dance,” Kareena expresses.

Speaking on her character and the message of the film, she states: “She’s a woman with utmost integrity, somebody who is very committed to her job.”

“It has a soulful message of relationships behind it but at the same time a strong message of what is happening amongst the youth of our country. The way people are fighting for their rights is something that is the undercurrent of this film.”

Arjun Rampal plays a strong committed politician-to-be. When describing his character, he explains: “He is loved by those who know him. Later, when he sees an opportunity to make a difference to the society, he jumps in the fray. He is a short tempered guy and for him to be in a peaceful moment, it is a bit difficult to adjust.”

Manoj Bajpai is a villain for the third time against Amitabh Bachchan. He plays Balram Singh, a manipulative young politician who uses every means to break the system and create his own. Manoj feels the best way to stand out opposite the megastar that is Amitabh Bachchan, it has to be in a negative role. 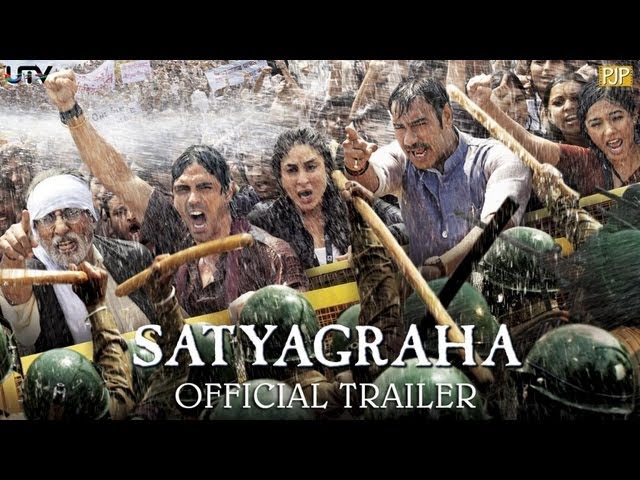 He states: “In such a situation it’s only the negative role which is as good as his, so it’s best to go for the negative. I must say in films like Aks, Aarakshan or even Satyagraha now, the roles were written very carefully.”

The trailer, which was released by UTV Motion Pictures two months ago, gives a strong insight into the plot of the film. It primarily revolves around the character of Mr Bachchan, who goes on a hunger strike similar to Gandhi as a way to demand justice. 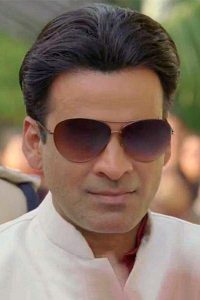 There has been some controversy as the scenes may remind the audience of the 2011 incident when activist Anna Hazare went on a similar strike against the government. However, Jha has denied that Big B’s character is referenced on Hazare.

In an interview, he said: “The film is not based on Anna Hazare and has nothing to do with the movement. The entire process of Satyagraha comes from Gandhiji. Mr. Bachchan plays the role of a satyagrahi who believes in truth.”

The soundtrack has been composed by duo Salim-Sulaiman and Prasoon Joshi has written the lyrics. There are a good mixture of songs, both romantic and patriotic that keeps the essence of politics central to the mood and setting.

The title track ‘Satyagraha’ leads the album with its high-on-energy music. Singers Rajiv Sundaresan, Shivam Pathak and Shweta Pandit’s powerful composition gives the listeners goosebumps. The peaceful melody of the ‘Raghupati raghav’ hymn has a hint of aggressive determination along with its passion.

Taran Adarsh had great admiration for the film. He concluded: “I must also acknowledge that this is Jha’s most intensely political film thus far.”

“Satyagraha is embellished with qualitative performances, with each actor grabbing eyeballs…it is an all-engrossing, compelling drama that mirrors the reality around us…for the splendid drama and the electrifying dramatic highs, I suggest you must watch this hard-hitting fare. Absolutely recommended!”

Satyagraha is set to have its impact worldwide and will open the public’s eyes to real ongoing issues. This multi-starrer movie will blow the audiences minds away. Satyagraha released in cinemas on August 30, 2013 and is definitely one not to miss.

Meera grew up surrounded with desi culture, music, and Bollywood. She’s a classical dancer and mehndi artist who loves everything connected with the Indian film and television industry and the British Asian scene. Her life motto is “do what makes you happy."
Madras Cafe faces ban from Tamil protests
Baat Bann Gayi a Comedy of Errors