After its huge success in Pakistan, Chambaili releases in the UK. A Pakistani political thriller directed by Ismail Jilani, the movie explores how ordinary people can help change the face of a country.

"I believe that unity, solidarity and ownership of the country is not just a fancy idea"

It is always difficult for a political movie to be a politically correct movie. The Pakistani political thriller movie, Chambaili is no exception. Directed by Ismail Jilani this 2013 movie has been making a lot of noise since its release.

The fact that the movie was released prior to an election was a reason enough to generate a certain type of buzz around it. It is a winner of 12 Citation Awards.

Chambaili, is far and foremost a political thriller written by Shahzad Nawaz, who also played one of the main characters in the movie. Shahzad Nawaz also co-produced the movie with Abdullah Kadwani. The music for the movie is done by Najam Sheraz and Shahbaz Khan. Chambaili was released in Pakistan in April 2013.

The raving reviews and all the buzz around the movie is due to its intense script and the talented group of actors.

Khalid Ahmed, Shafqat Cheema, Salman Peerzada and Maira Khan have done a marvellous job in their respective characters. However, the real treat is given to the audience by Ali Tahir.

The context of the movie is plain enough. A group of friends have been situated by the circumstances in a centre of changing the future of the country. These ordinary people face all the difficulties and challenges of being in politics, as we would face ourselves in such a situation. This results in our sympathy for their deep struggle as people and as a part of a collapsing society. 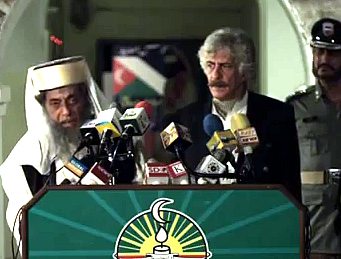 This story set in fictional city called, Falakabad, is an unforgettable saga of courage, romance and sacrifice amongst the group of friends. Imagination plays an important role in the movie, as it could be any city in any third world country where politics is associated with corruption.

The director, Ismail Jilani succeeded in making a political movie where it not just only about the game that is being played by the politicians, it also reaches the audience to a human level. The purpose of the movie seemed to be pretty straight forward, it is for the audience to relate to the story as an individual and as an integral part of the society.

Jilani made his intentions very clear about the film saying:

“The Pakistani audience in particular and the wider South Asian audience in general will get a chance to see a reflection of their own societies in the film.” 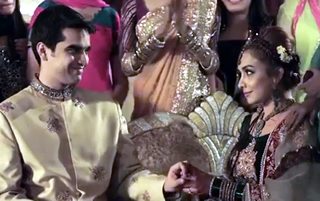 The producers of the movie Abdullah Kadwani and Shahzad Nawaz also echoed the same theme. One said: “I believe that unity, solidarity and ownership of the country is not just a fancy idea but a need of the time- perhaps much more than ever before.”

Chambaili is a political movie with a message rather than a brutal realistic one. Playing with audience’s sentimental values is a key undercurrent of the film and it works very well.

One of the main reasons behind its huge success is definitely due to the actors and the strong dialogue. Able actors like Khalid Ahmed, Shafqat Cheema and Ali Tahir gave memorable performances. One of the lead characters and the writer, Shahzad Nawaz supplies the film with great dialogues that hit the spot.

Chambaili, as first Pakistani political movie made in last 50 years or so, has done remarkably well at the box office. The movie was released in 40 screens across Pakistan making approximately over £25 million whilst competing with popular movies like Oblivion and Ashiqi2.

After its successful run in Pakistan, Chambaili releases in the UK from March 21st 2014, in selected UK cinemas, including Birmingham, Leicester, Glasgow, Leeds, Bradford, Manchester, Hatfield, Kingston and Uxbridge,

Bipasa likes writing and reading articles that are close to her heart. An English Literature graduate, when she is not writing she is usually trying to come up with a new recipe. Her life motto is: “Never Give Up.”
Ragini MMS 2 ~ Review
Dishkiyaoon produced by Shilpa Shetty