7 Photoshoots India’s Next Top Model Must Do

India’s Next Top Model has already seen a lingerie and underwater photoshoot, but what other challenges can we expect? Here’s what we would love to see.

We would love to see Fawad Khan, Shahid Kapoor, or Hrithik Roshan pose next to the 9 hopefuls.

Part of the thrill about watching any modelling programme is the wild and wonderful challenges that the contestants face.

We have already seen our Desi girls be put through their paces in an underwater photoshoot, as well as the revolving mirror challenge. But what else should we expect?

Let’s remind ourselves of the very best photoshoot challenges from across all of the Top Model programmes that we would love to see on the Indian series! 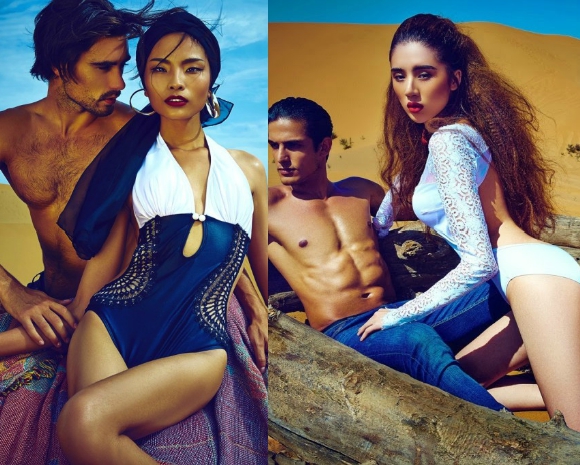 Contestants on the Chinese version of the Top Model franchise were taken to a desert in the Shapotou District in Ningxia, where the girls were fitted into swimsuits.

Not only did the hopefuls have to look absolutely flawless in the tiring heat, they had the harder task of keeping cool whilst modelling next to a male stud!

Viewers will remember that in episode 1 of India’s Next Top Model, Anam Shaikh told the judges how she comes from an extremely conservative family. Could Anam cope with such a risqué shoot?

Cycle 11 of ANTM saw Nigel Barker photograph the contestants whilst their faces were partially under water. This emphasised the power of their eyes, and tested whether they could rock a photoshoot with just one single body feature.

We’d expect Monica and Sreeradhe would particularly ace this challenge on INTM, as they were unbelievably fierce in the revolving ‘mirror’ photo shoot, using their sensuous eyes to sell the new Lakmé Lipstick.

Lisa Haydon would be the ideal mentor for this shoot, as she has bags full of experience when it comes to up-close and personal modelling campaigns. 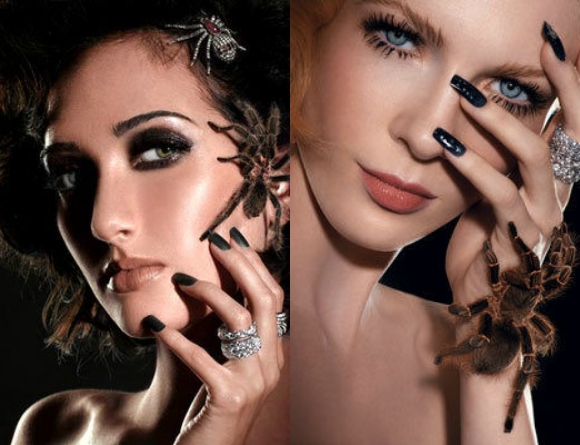 Everybody loves a dramatic picture. Cycle 3 of ANTM saw the girls have closeups whilst having a live tarantula for an accessory.

This put the models to the test on the American version, as most of the girls were utterly petrified!

And we imagine it would be the same for our Desi girls. The uncomfortable shoot would really set apart the weak from the strong, and highlight who has the determination to face their fears for modelling success.

We know we certainly couldn’t do it!

Cycle 4 of Poland’s Next Top Model had an exclusive Indian-inspired episode, which saw the contestants dress up in traditional Desi avatars.

Sarees and lehengas were amongst some of the items worn, and created a stunning visual from the models.

Of course, we would love to see the hopefuls on India’s Next Top Model partake in this challenge.

It would be fabulous to see each model work the classic photoshoot, and celebrate their Indian culture in a picturesque way.

The ‘Real Mermaid’ shoot from cycle 7 of Germany’s Next Top Model was disgustingly glamorous.

We say that because the models were made to shoot this challenge whilst spread across real dead fish as props!

The mermaid outfits were stunning, and greatly contrasted to the down and dirty set of the shoot.

Danielle Canute would be one to watch out for this shoot after she boasted of her middle class background, and certainly wouldn’t be used to such stenchy surroundings!

Cycle 18 of ANTM witnessed one of the most bizarrely sexy photoshoots. Each contestant was draped in maple leaves and syrup, remaining completely sultry throughout.

Whilst many viewers considered the shoot to be extremely odd, we would absolutely love for it to appear on India’s Next Top Model!

Not only would this shoot definitely see the models test their limits, it would admittedly be hilarious to watch! 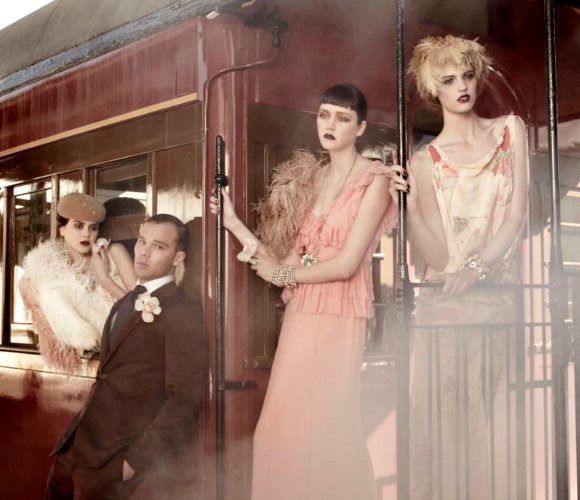 Australia’s Next Top Model Model saw a 1920’s shoot on Cycle 7, inspired by The Great Gatsby.

For our Desi girls on India’s Next Top Model, we would love for this shoot to be a challenge, if just for the special star guest!

Imagine Fawad Khan, Shahid Kapoor, or Hrithik Roshan posing next to the 9 hopefuls. We can only wish!

The Next Top Model franchise has a history of being one of the best modelling contest shows to air in the last decade. And the Indian version looks set to be just as exciting if the last few episodes are anything to go by!

With the series only just getting underway, we can’t wait to see if any of these photoshoots will make it into the show!

Watch India’s Next Top Model every Sunday at 7pm on MTV India.