10 Best Upcoming Pakistani Web Series that are a Must Watch

"Every female character in this series will be shamelessly unapologetic."

The Pakistani entertainment industry is making big strides in the digital world. Besides dramas and serials, Pakistani web series are becoming increasingly popular.

Pakistani writers, directors and stars are focusing a lot of their energy into the exciting digital space.

Progressive director Mehreen Jabbar venturing into the web series market is a big positive move. Actor-director Hamza Firdous is also recognising the potential of the digital medium, with his web series, Chaal.

Audiences are in store for a real treat, with many much-anticipated Pakistani web series releasing across different platforms.

Besides having innovating stories covering all genres, audiences will get to see some great performances from their favourite artists. 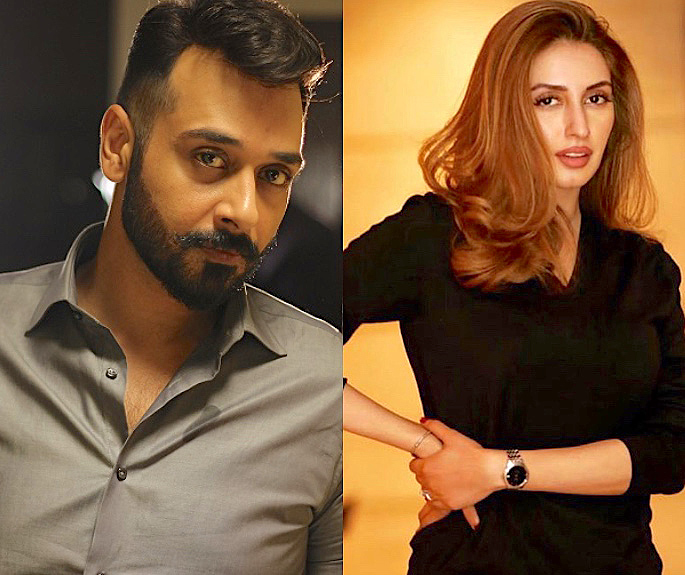 Baadshah Begum is a Pakistani web series, looking at the rivalry of siblings, along with the struggles for power in a family and community context.

The contemporary story covers themes around tradition, authority, gender disparity and a male-dominated culture. The web series intends to deliver a key message in it.

Faysal Quraishi who is pairing up with Iman Ali for the first time will be playing a villainous role in the series. Earlier during late 2019, confirming the series, he told Dawn Images:

“We’ve been in talks for a while and now that it’s been announced and is properly happening, we’re all on board and happy.”

“He’s only interested in inheriting the ruling lineage of the family; he has a severe dark side, which he doesn’t expose easily.”

Gohar Rasheed and Iman Ashraf are the other cast members in this series. Umer Adil is the director of the series. Saji Gul of O Rangreza (2017) fame is the writer for the web series.

The audience can expect an intense and dramatic series, with the story having many highs and lows. 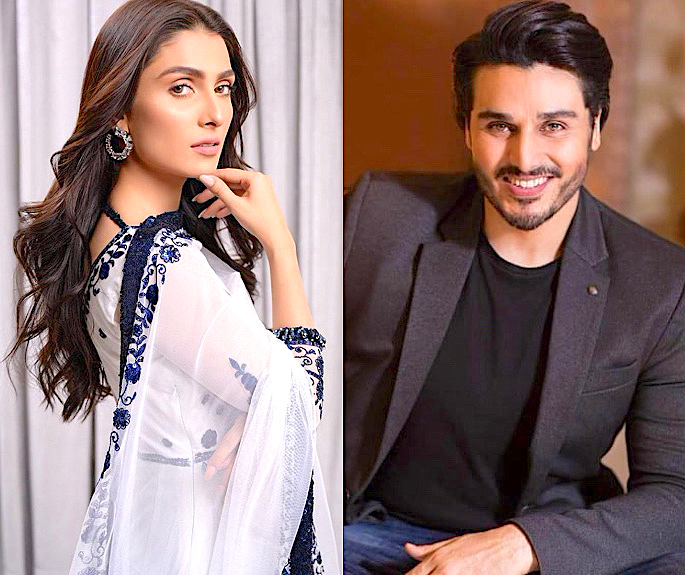 Jan-e-Jahan is a drama web series, reflecting family differences and with a stellar cast. Udaari (2016) actor Ahsan Khan features in this series, along with Ayeza Khan, Gohar Rasheed, Samiya Mumtaz and Sohail Ahmed.

”Sana Shahnawaz came up with the idea and he was convinced with the content. Sana Shahnawaz has always, as a producer, brought unique scripts to the audiences.

“A good team always  leads to a great product so I am really looking forward to it.”

With this series being Ahsan’s first experiment within the digital space, his fans will be very excited. 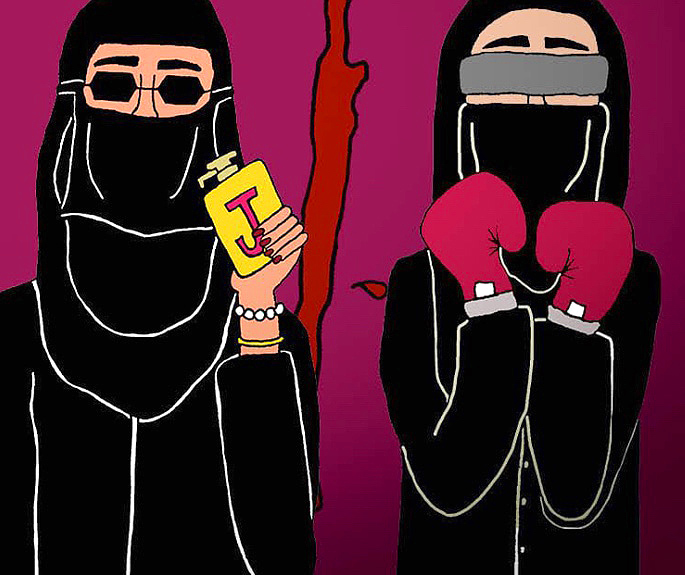 In November 2019, Asim revealed the first look of this web series, sharing a poster, with a caption stating:

“Get ready ladies and gentlemen, especially gentlemen. A few vibrant witches are on their way to rip you off of your deep-rooted misogyny.”

“Thank you to everyone who was a part of this insane journey – a journey that broke all of us into a million little pieces, physically, mentally and emotionally.

“I don’t know if the blood, sweat and tears will show on screen or if the end result will be what we had hoped it would be or if our audiences are even ready for this narrative.

“Every female character in this series will be shamelessly unapologetic.”

It is quite evident that the series will highlight patriarchy and misogyny. Going by the creative past of Asim, this series should be interesting. 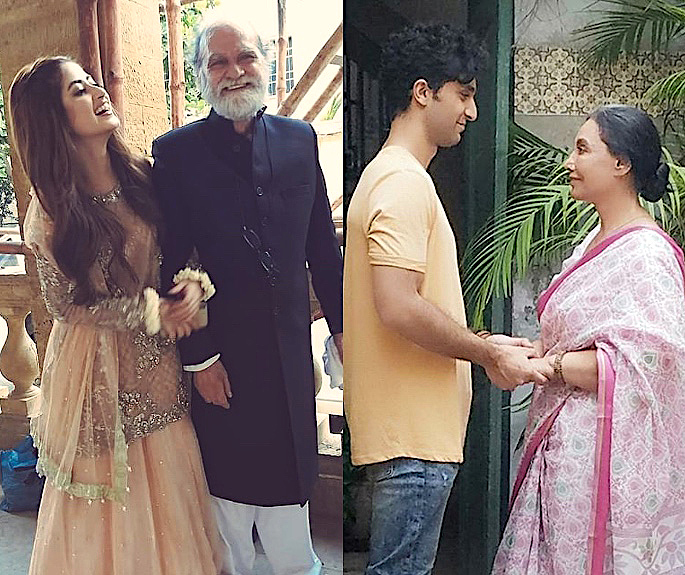 Dhoop Ki Deewar is a cross border love-hate series set in the backdrop of Kashmir and the Pulwama attacks. Whilst focusing on the India-Pakistan relationship, the series takes inspiration from true events.

The series will endeavour to show what families will endure after their loved officers and soldiers becoming martyrs.

Actress Sajal Aly portrays the young daughter of a colonel (Adnan Jaffer) in the Pakistani army.

Her real-life husband Ahad Raza Mir is also playing a lead role. In this series, they both lose their fathers during the war.

“The plot revolves around two families that are united by their father’s death – one is an Indian soldier and the other, a Pakistani.

“How the martyrdom affects the families and how they realise that peace is much better than war is what the web series will teach us.”

The realistic actress, Zaib Rehman shared the first look of her and Ahad Raza Mir from the series via Instagram on November 21, 2019.

The renowned Umera Ahmed from Pakistan is the writer of the series. The series has been shot in Karachi, Swat, Kashmir and Lahore. The series will have around 24-26 episodes in total. 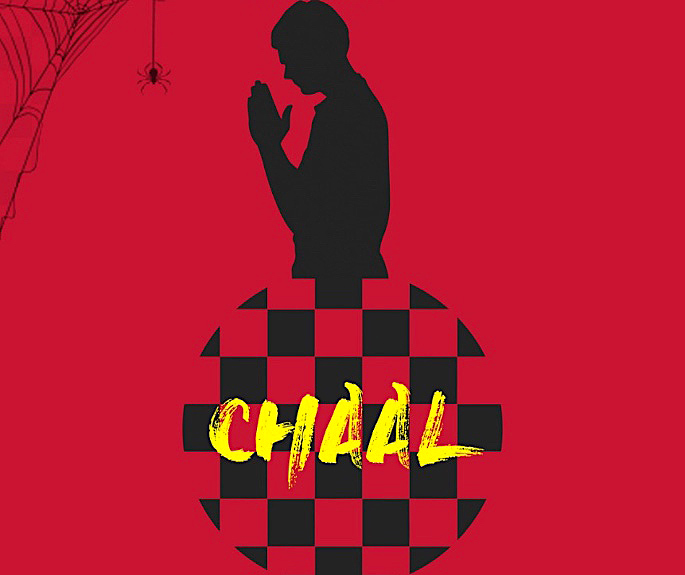 Chaal is a crime mystery drama, featuring Hamza Firdous (Intelligent Officer), the director of the series.  The series also stars his famous father Firdous Jamal in a special cameo appearance, tailor-made for him.

Noman Masood and scriptwriter Mahir Kamal are some of the other cast members in the series. Talking to Something Haute, Hamza explains why he made the decision to direct Chaal:

“The reason for directing (Chaal) was that it’s just a story which has been with me for over a year and I wanted to express it in my way.”

Sharing the first look poster of the series, the Ireland trained actor disclosed more on the series, expressing:

“Chaal is a murder mystery and it is based in the cities of Karachi and Hyderabad.

“We have shot at some of the most exotic locations such as Ibrahim Hyderi and Jam Chakro which is a landfill site outside of Karachi. The sequences are designed in such a way because we wanted to explore the city.”

Chaal is set to excite and thrill the audience when they watch it. The mini-series will have a few episodes, each lasting approximately 20 minutes. 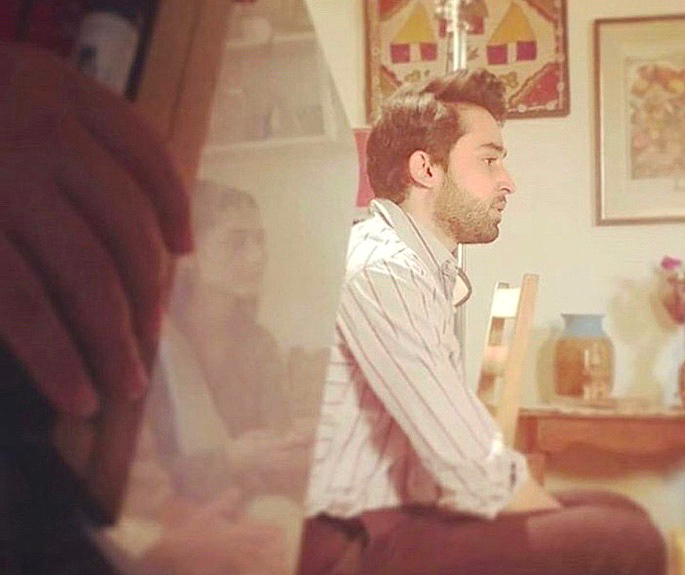 This is the first time the chocolate boy hero Bilal has worked under the versatile Mehreen. Conversing with Instep about his character and exploring the digital medium, Bilal said:

“I’ll be playing the role of a typical Karachi boy with his usual dreams and aspirations.”

“Just the normalcy of it is fun to explore as an actor and of course a new learning experience for me.”

This series is also the first digital space outing for Mehreen. According to the Daily Times, Mehreen has a very close attachment to the web series.

Mehreen believes, the actors, producers and the entire crew have done justice to this web series by working very hard on it. 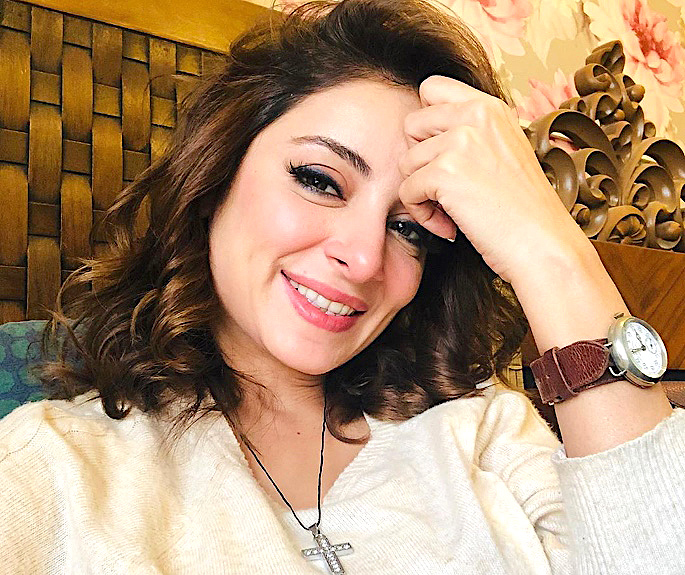 Arpita is a horror web series, with the very gifted Sarwat Gillani taking the lead in it. Qaisar Ali is the developer of the series, which also features Yasra Rizvi, Zain Afzal and Khalid Nizami in pivotal roles.

Sarwat is making her web series debut, portraying the role of a woman from a particular faith. In a conversation with the News, revealing the name of her character and the intriguing storyline, Sarwat stated:

“I am playing a Christian named Jenny and this is a horror story. It’s very interesting.”

During December 2019, Sarwat put a picture of herself on Instagram, with confirmation of the series. A caption read:

Nashtpati Prime on YouTube is leading on this project, which will be available online. The horror factor will definitely attract many viewers to the series, Arpita. 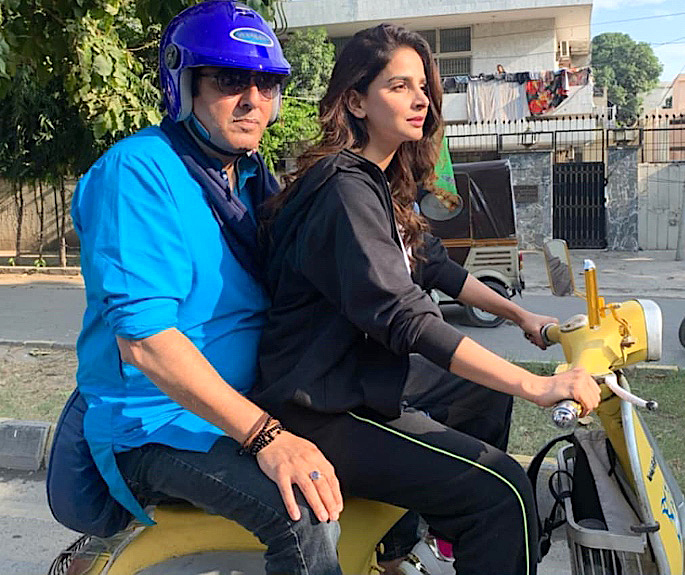 Maestro Kashif Nisar takes the director’s chair for this series, with Saji Gul being the writer. The series will follow the two main protagonists through three stages of their lives.

Mann Jogi revolves around a couple who do not adhere to gender-specific roles.

A social media post by the writer of the series implied that Nauman is portraying an honest yet unmanly character. Posting a picture of Nauman, the writer captioned it, writing:

“Another unique character is born as he is now painting it with his gestures what I sketched with my words.”

Saba Qamar also put up a picture of her with Naumaan Ijaz, with the caption, “Mera Saaein.”

Nauman and Saba have excellent on-screen chemistry for this web series. Agha Mustafa Hassan, Uzma Hassan, Gul E Rana, Faiza Gillani and others are the other prominent performers in the series.

Photos posted on social media indicate that shooting has taken place in various parts of Lahore. Fans of Nauman and Saba will surely enjoy this web series. 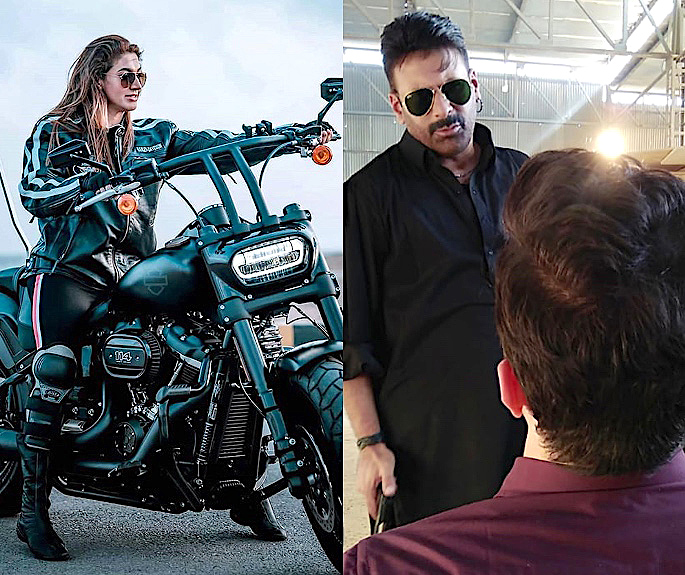 Mind Games is a crime action-thriller web series, boasting a big star line up. Partly taking inspiration from reality, the series focuses on money-laundering activities and the dark side of the glamour industry.

Shamoon Abbasi, Sana Fakhar, Kinza Razzaq and Emmad Irfani all have major roles in the series.

Abbasi spoke to Dawn Images about the series, his character and why he got involved, expressing:

“As you know, I like to do projects based in reality rather than fantasy stories. The plot of this series is based on some true events, and is partially about money laundering done via models from Pakistan.

“That part intrigued me and I wanted to get more involved; the character that I’m playing is part of that gang that does all this business.

“There are a few complications, things go awry and then the story revolves around the protagonist, the cop played by Emmad Irfani.”

According to Sana in this web series, her character is “super sporty and adventurous.” She will be seen riding a Harley Davidson motorbike in the series.

The fantastic Farhan Tajammul who has an eye for detail is the director of Mind Games. Meanwhile, Inaam Shah is the writer of the series.

Each episode of this series will keep the audience on the edge of their seats. 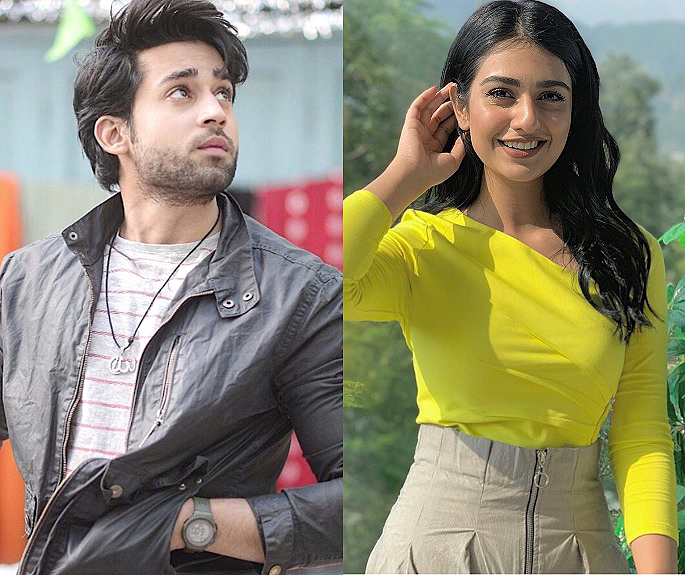 The actress who has already completed fifty per cent of the series, says it is very different from her previous works:

“The girl lives in imaginary town, all the people are imaginary.”

The amazing Anjum Shehzad known for directing hit dramas is heading the series as the director.

Apart from the above, many more Pakistani web series will hit the digital platform.

The future seems very bright for the entertainment industry, with many of these Pakistani web series set to enthral and engage audiences around the world.

Faisal has creative experience in the fusion of media and communication and research which increase awareness of global issues in post-conflict, emerging and democratic societies. His life motto is: "persevere, for success is near..."
Shilpa Shetty shows the ‘Bitter’ Truth of Life Before & After Marriage
Bollywood stars react to ‘Bois Locker Room’ Controversy