Electric vehicles are becoming more prominent. Here are some of the best electric cars that are expected to launch in 2023.

The EV9 will also be the first Kia to offer Automode

Environmentally-conscious car manufacturers are making the move to electric vehicles (EVs) in order to reduce the planet’s carbon footprint.

The year 2023 looks to be a big one when it comes to EVs, with the likes of BMW, Audi and even Rolls-Royce expected to launch new models.

Some of the vehicles are ideal for those on a budget while others exude luxury and come with hefty price tags.

But given that some of the manufacturers have not fully unveiled their models, the appearance of the cars may not be the final design.

Here are some of the best electric, eco-friendly cars that are expected to release in 2023. 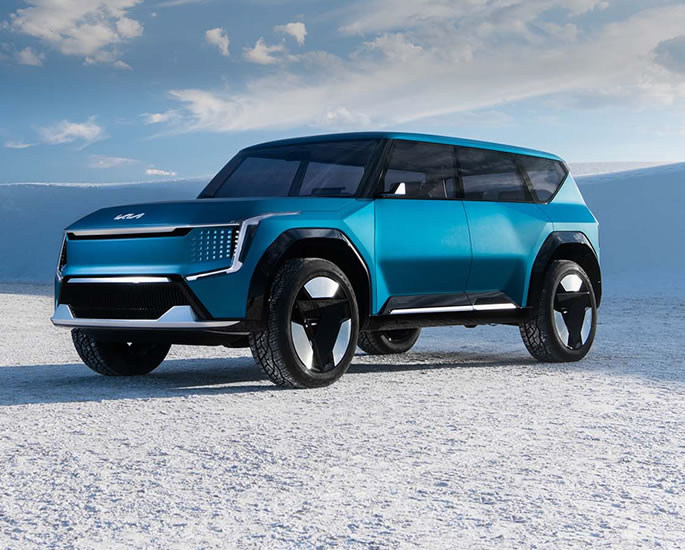 First revealed at the 2021 Los Angeles Auto Show, the Kia EV9 is expected to hit showrooms in 2023.

This electric vehicle looks to continue the transformation of the brand into a leading EV player.

The car has a solar panel built into the bonnet and an interior made from sustainable materials. It also has a “pop-up” steering wheel, a 27-inch ultrawide display, a panoramic sunroof, and three rows of seats.

The rugged design and potential power means that the EV9 will be looking to take on Range Rover with this all-terrain vehicle.

It will run on Kia’s Electric Global Modular Platform (E-GMP), the same used in the EV6, which means top-drawer 800-volt electrical architecture and lightning-quick charging at rates of up to 350 kW.

The EV9 will also be the first Kia to offer Automode, the company’s autonomous driving tech. 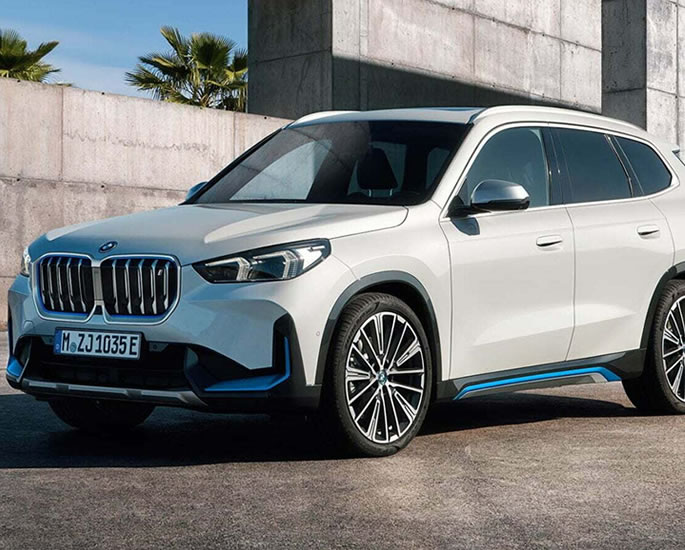 The iX1 will replace the iconic i3 as BMW’s entry-level electric vehicle.

The xDrive30 dual-motor version should provide an output of 313hp and a WLTP driving range of up to 272 miles from the 64.7kWh battery.

DC recharging at up to 130kW makes it possible to increase the battery level from 10 to 80% in 29 minutes or increase the range by 75 miles in just 10 minutes.

The tweaked design also turns this EV into a rugged SUV. 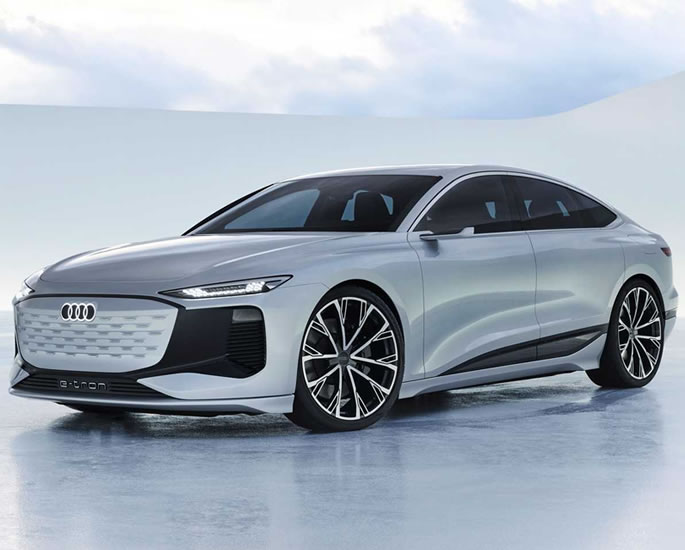 Touted to be a competitor to the coming BMW i5 and Tesla‘s Model 3 and Model S, the Audi A6 E-Tron will be based on the manufacturer’s latest PPE (Premium Platform Electric) EV architecture, which will also be used on the next Porsche Macan EV and Audi Q6 E-Tron.

One of the best benefits is that it will mean owners will enjoy 800-volt charging and long range thanks to the 100kWh battery capacity.

This could also mean a range nearing 400 miles.

Expected to release sometime in 2023, the 600bhp RS6 E-Tron and Avant estate versions will be arriving at a later date. 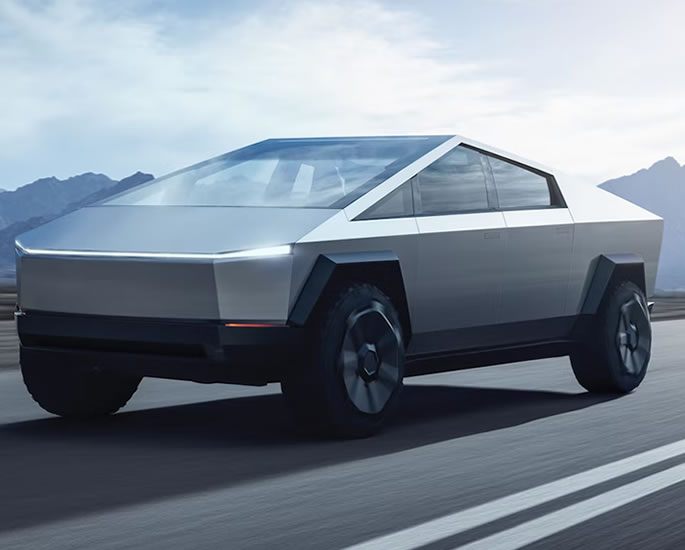 After lots of talk, Elon Musk has promised that the Tesla Cybertruck will launch in late 2023.

The sci-fi pickup truck has been best by delays, even though the Gigafactory in Austin, Texas, has supposedly been readied for “early production”.

The plan is to gradually increase output to full by the end of 2023.

According to Musk, the Cybertruck will have a towing capacity of 14,000 pounds, 0-60mph in less than three seconds and a range of 500 miles.

It was initially stated that prices would start below £33,000 but it is likely to be more. 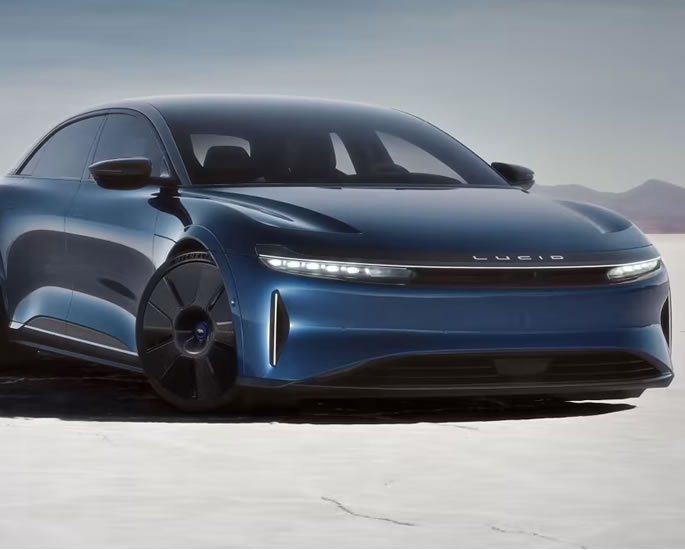 When it comes to upcoming luxury electric vehicles, the Lucid Air Sapphire is set for release in 2023.

This four-door EV is all about high performance.

Despite weighing 2.5 tonnes, this EV will go from 0-60mph in less than two seconds.

The car will cost around £208,000 and have carbon-ceramic brakes, stiffer suspension and bespoke Michelin Pilot Sport 4S tires. 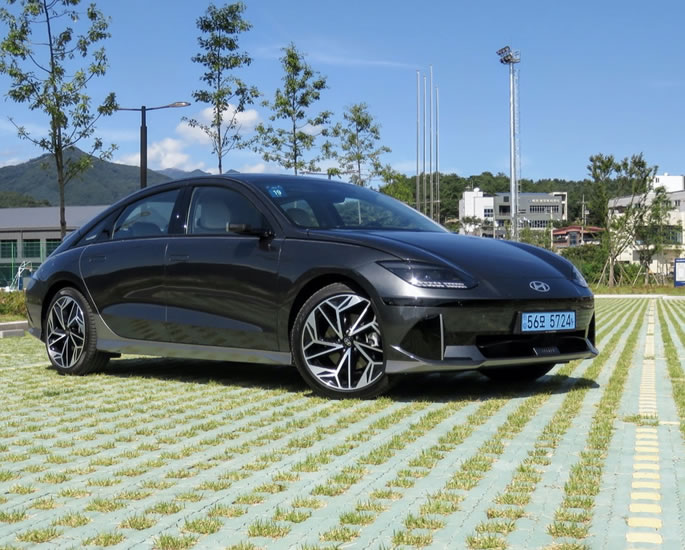 Hyundai’s EV offering that is reported to be coming in early 2023 is the sleek and sporty Ioniq 6.

EVs like being aerodynamic because it affords them more range. The Ioniq 6’s efficient profile results in a low drag coefficient of 0.21, making it one of the world’s most aerodynamic cars.

This has allowed the real-drive version to have a range of 338 miles.

The all-wheel drive version with two electric motors integrated with the front and rear axles offers up 239kW of power. It also goes from 0-60mph in 5.1 seconds.

It comes with an 800-volt battery system, making for ultrafast charging. 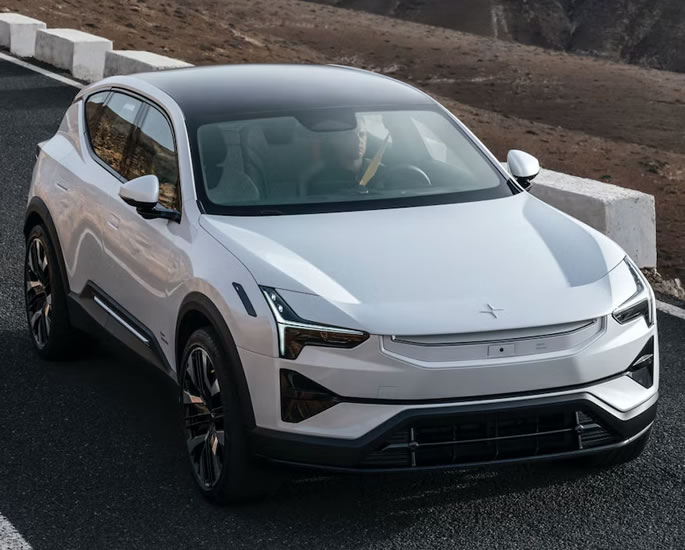 Although you can place orders for the Polestar 3, production will not start until summer 2023.

Despite being 4.9 metres long and 2.1 metres wide, this EV still manages to look sporty.

You can opt for a 25-speaker Bowers & Wilkins surround-sound audio system, which will be useful as the 111kWh battery provides a range of up to 379 miles.

Charging does not take long either as the rapid DC charging speeds of up to 250 kW could mean a 10 to 80% top-up in just 30 minutes. 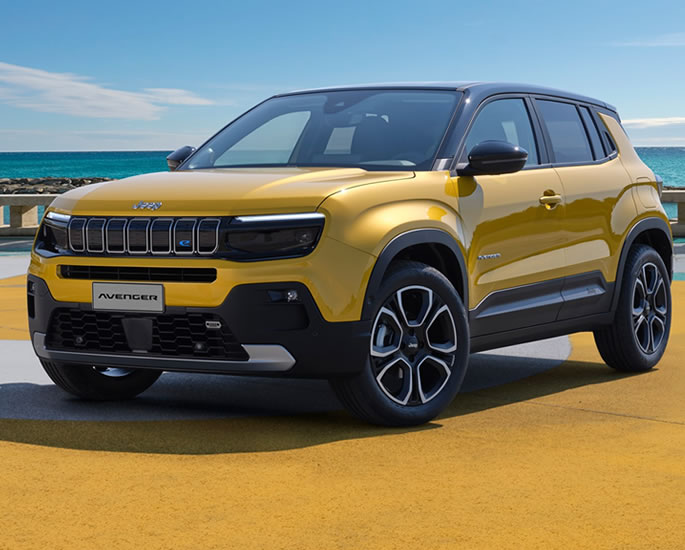 Small SUVs continue to grow in popularity and Jeep has taken advantage by creating the fully-electric Avenger.

The Avenger is actually a sister vehicle to the Peugeot 2008 and Vauxhall Mokka.

It will be manufactured in Poland along with other incoming small SUVs from Alfa Romeo and Fiat.

Stellantis’ CMP platform produces up to 154bhp and 260Nm of torque in the single-motor version. The 54kWh battery with rapid charging at 100kW should be good enough to take the pack from 20 to 80% in just 24 minutes.

It is expected to have a range of around 249 miles, or 342 miles in stop-start urban traffic. 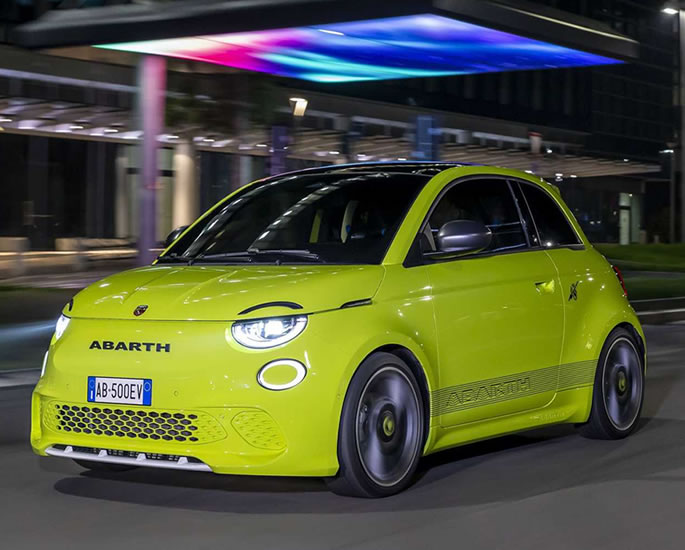 The all-electric Abarth 500e is the first Abarth EV ever made.

It has plenty of sporty upgrades to make it stand out against the Fiat 500 as well as to make it look as aggressive as its petrol-powered counterpart.

The Abarth 500e has a more aggressive-looking bumper with large vents and a lower front splitter. The word ‘Abarth’ is also spelt out across the front to go with the scorpion badges.

The electric vehicle has a single front-mounted unit sending 155hp to the front wheels.

It is powered by a 42kWh battery, giving it an approximate range of 190 miles. 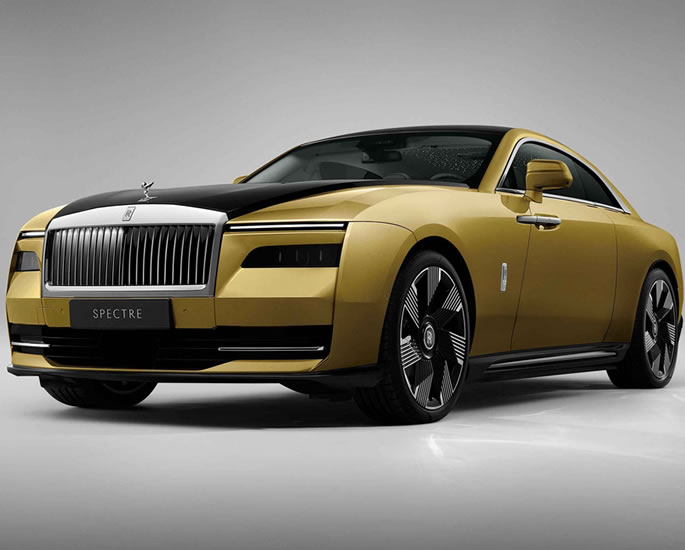 Rolls-Royce is entering the EV market with the Spectre.

The luxury manufacturer has been a wholly-owned subsidiary of the BMW Group since 2003 and as BMW is embracing EVs, it is no surprise that Rolls-Royce is doing the same.

The Spectre has been designed from the ground up, which includes a new aluminium chassis to secure the quiet yet powerful ride.

It will go from 0-60mph in 4.4 seconds and have a range of over 300 miles, which is impressive for a car that weighs nearly three tonnes and is almost 5.5 metres long.

As with other EVs, efficiently cutting through air is important, which is why the Spectre is the most aerodynamic Rolls-Royce has ever produced.

Some vehicles are ideal for short trips while others have lavish features.

But please note that some are concept cars and may not be the final product.

But nevertheless, they are environmentally friendly and expected to release in 2023.

Dhiren is a journalism graduate with a passion for gaming, watching films and sports. He also enjoys cooking from time to time. His motto is to “Live life one day at a time.”
Desi Stars welcome 2023 with Fun & Smiles
7 Luxury Cars launching in India in 2023