8 Luxury Electric Cars you can Buy

As manufacturers become more environmentally conscious, more electric vehicles are made. Here are eight luxury electric cars you can buy.

the EQS guarantees luxury and has a stunning design.

More and more people are switching to electric vehicles in order to reduce the planet’s carbon footprint.

Before there was a hesitation as many electric cars were not visually appealing.

Tesla is perhaps the first car brand to bring luxury electric cars into the mainstream.

The likes of Audi, Mini and Porsche are now following suit.

Here are eight luxury electric cars that you can buy. 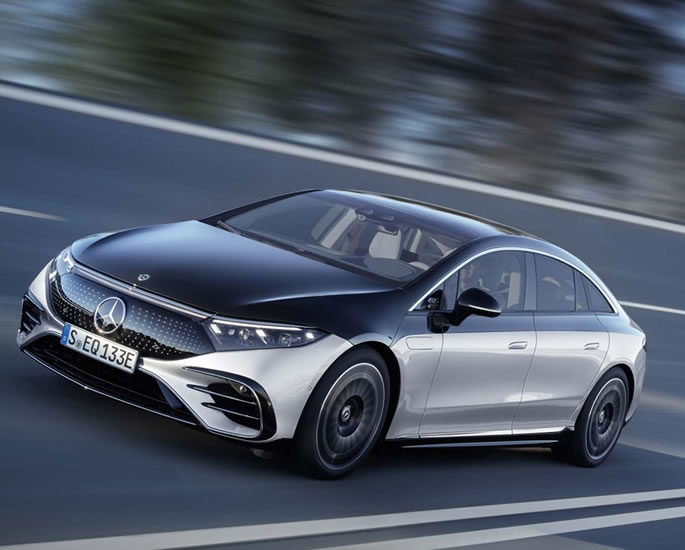 The Mercedes-Benz EQS is the electric version of the well-known S-Class.

Equipped with everything that comes in the S-Class, the EQS guarantees luxury and has a stunning design.

This five-seat electric saloon comes with a massive 107kWh battery, allowing it to travel for up to 480 miles on a single charge.

But as it is one of the most luxurious electric cars, it is pricey. It costs just under £100,000.

Despite the hefty price tag, the Mercedes EQS looks to be an electric car on the rise. 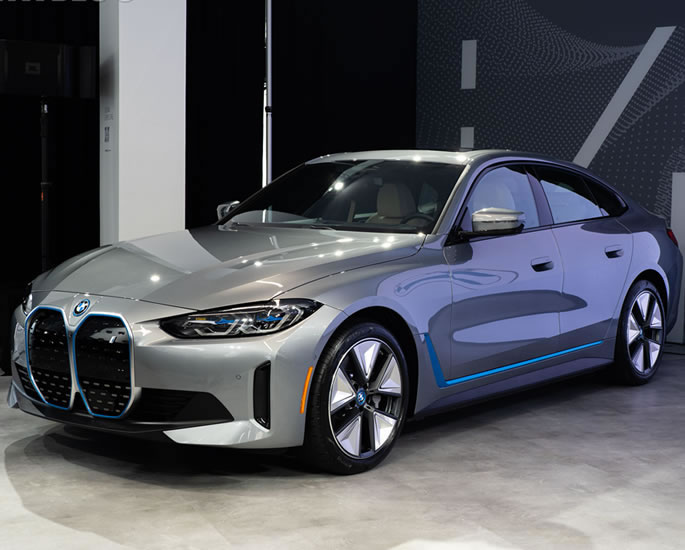 BMW has made efforts to create electric cars and the i4 is one of its most luxurious models.

This four-door coupe is similar in appearance to the 4 Series Gran Coupe, albeit with a more modern design. Compared to other electric cars, the i4’s appearance is a nice change from the slab-nosed aerodynamic styling exercises of many electric cars.

With prices starting at £53,000, it certainly is not cheap but it comes with a lot of features.

It has an 83.9kWh battery, offering a range of more than 280 miles. The i4 also has a tech-intensive interior.

It comes in two trim levels: the M50 and the eDrive40.

As a luxury electric car, the BMW i4 will compete with the likes of the Tesla 3. 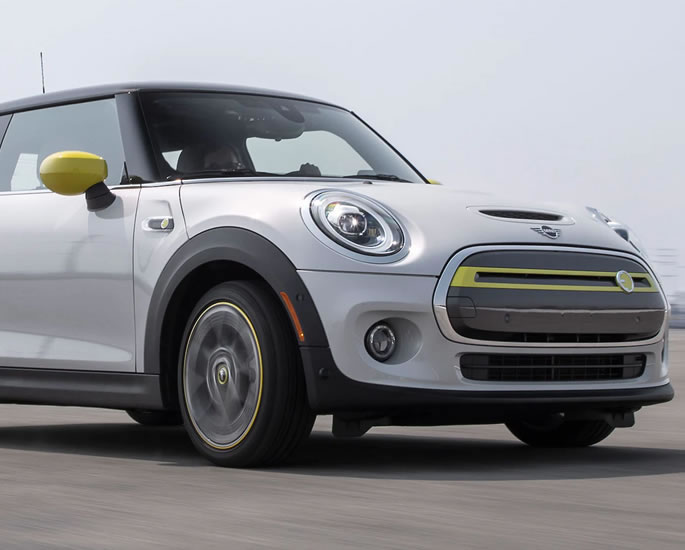 For a long time, Mini has been the go-to choice for city-dwelling car enthusiasts, crafting tiny hatchbacks with the fun performance and outsized style usually found in sports cars.

But as the times continue to change, the manufacturer has moved into the electric car space with the Electric.

It continues to present the charming appeal of a traditional Mini but without the shock of today’s fuel prices.

This hot hatchback is equipped with a 32.6kWh battery that produces 181 bhp and 270 Nm of torque.

This allows the Mini Electric to travel up to 168 miles on a single charge.

With prices starting from £29,500, it is cheaper than other electric cars but it still offers a wealth of luxury. 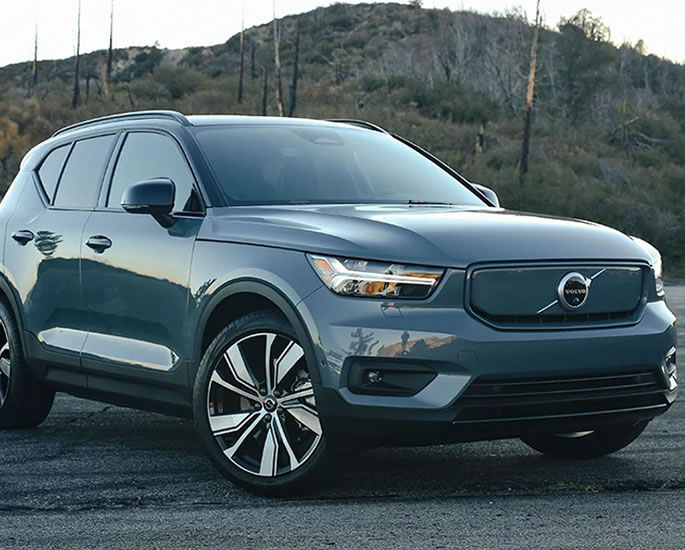 For those who are environmentally conscious and are fans of SUVs, the Volvo XC40 Recharge is an electric car to consider.

The XC40 Recharge is committed to a more sustainable future in a number of ways.

Most notably, this SUV does not force drivers to choose between power and responsible driving. Just enjoy the comfort of one pedal drive and smooth acceleration, with zero tailpipe emissions.

The interior is also sustainable, ensuring that it is 100% leather-free.

It is available in two trim levels: Plus and Pro. 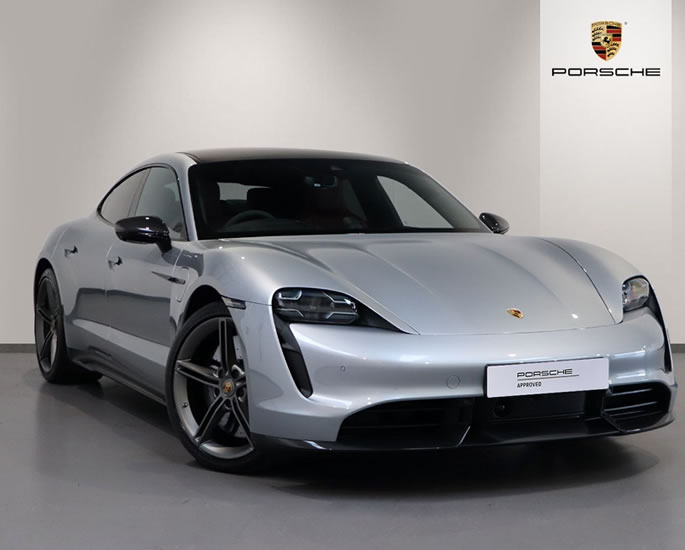 Motorists with the need for speed should consider the Porsche Taycan.

The Taycan is Porsche’s only all-electric vehicle and it is roughly the same size as the petrol-powered Porsche Panamera.

The Taycan is agile, fast and attractive. Coming in six trim levels, this four-seater is everything you can expect from an all-electric Porsche.

It produces 616 bhp and not only can the Taycan accelerate and handle like a sports car but it is capable of delivering a refined ride.

The Taycan also boasts a luxurious and high-tech cabin, which is befitting given its £83,000 pricetag.

However, one downside is its lacklustre estimated range of 200 miles.

While it may lack the range of some EVs, it makes up for it with a driving experience that few can match. 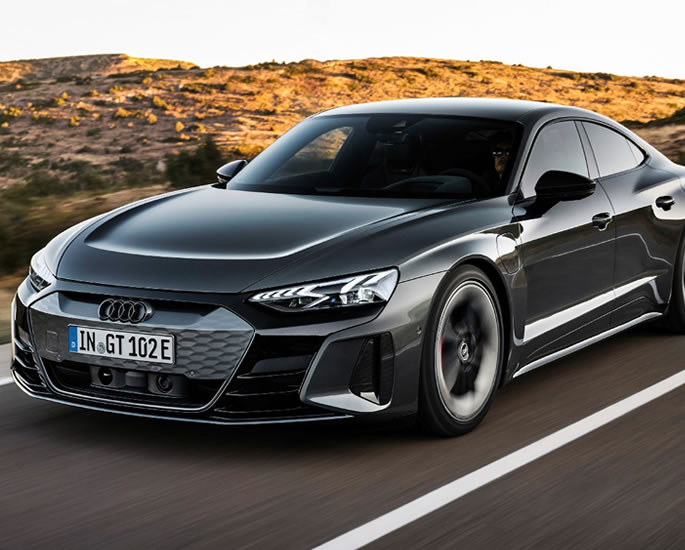 The Audi RS e-tron GT is the high-performance version of the e-tron GT, with 100 more horsepower.

It reinterprets the classic idea of the gran turismo. The design is stunning while its technology is revolutionary.

The high-voltage battery allows for a range of over 300 miles and thanks to its 800-volt technology, it can be recharged very quickly.

It costs a hefty £132,000 but the RS e-tron GT is undeniably a stunner, with enough style and performance to merit lots of attention. 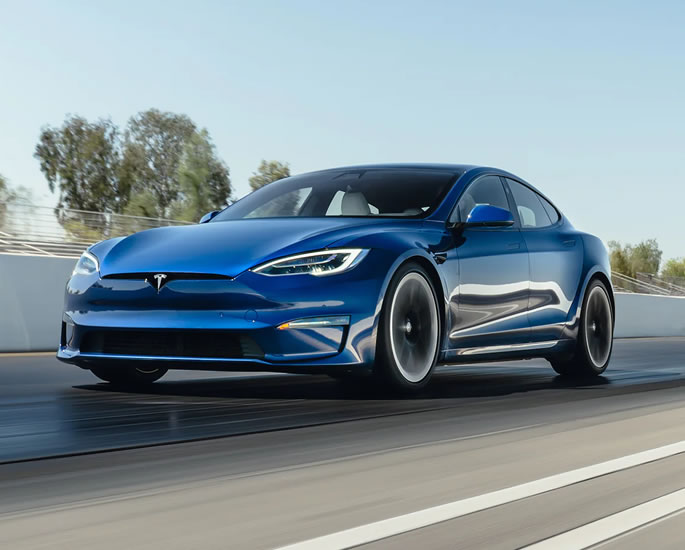 The Tesla Model S is the car that made electric vehicles practical and desirable.

It continues to be the top luxury electric car by offering segment-leading range, performance and tech.

The Model S is built from the ground up as an electric vehicle, with a high-strength architecture and floor-mounted battery pack for incredible occupant protection.

When it comes to being an electric car, it has a range of 396 miles.

On the inside is an immersive sound system and a new horizontally oriented infotainment screen.

However, it lacks Apple CarPlay and the exterior has become outdated.

Nevertheless, the Model S remains one of the top luxury electric cars, costing £73,000. 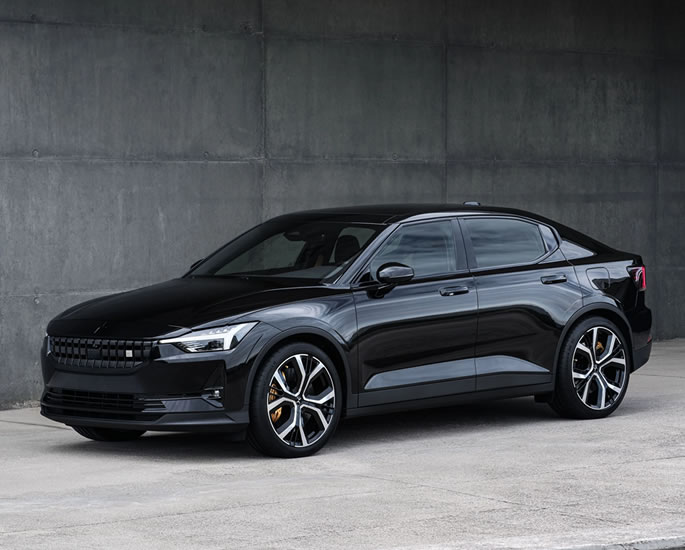 The Polestar 2 is a five-seat sporty hatchback, which the Swedish manufacturer calls a fastback.

It is easy to drive and will stand up well against similarly equipped electric cars.

When it comes to safety, driver assistance and Google-powered infotainment, they are at the top.

The Polestar 2 is one of the most complete electric cars and at £49,900, it is cheaper than some of its competitors.

Across the world, more motorists are buying them, particularly luxury models.

Some vehicles have lavish features while others are high-performing.

But nevertheless, they are environmentally friendly and will become even more prevalent in the future.

Dhiren is a journalism graduate with a passion for gaming, watching films and sports. He also enjoys cooking from time to time. His motto is to “Live life one day at a time.”
10 Top Ferrari Cars to Check Out
Here’s the World’s First 3D Printed Motorbike