An 18-year-old US Indian woman shared on Reddit that she left her cousin’s wedding after being told her dress was “inappropriate”.

"they all said it looked too pale and unacceptable"

An 18-year-old US Indian woman has revealed that she walked out of her cousin’s wedding after being told that her dress was “inappropriate”.

She also said that she took back the gift.

Sharing the details on Reddit, the young woman explained that she attended her cousin’s wedding in Australia.

Referring to her cousin as ‘A’ and the groom as ‘M’, the woman said:

“I am getting flack for my dress. We are an Indian family, and A’s husband M is white, so there were two ceremonies, like the Jonas-Chopra wedding.”

She explained that A is her closest cousin so she gifted her a “little envelope with a cheque for a grand that I had saved from working”.

For the Christian ceremony, she decided to wear an outfit that was similar in design, going for a floral pink theme. 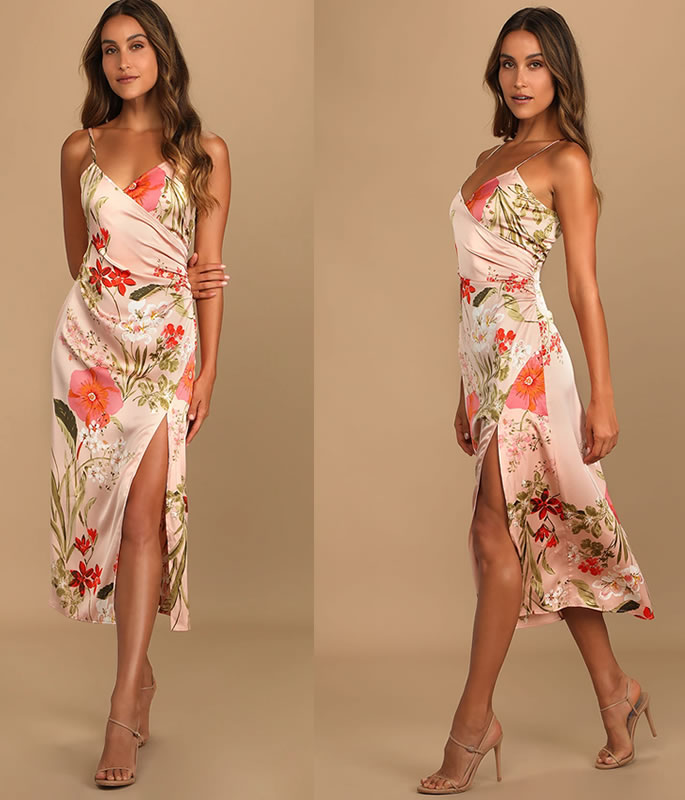 The woman shared a picture of the satin midi dress from Lulu’s and she believed it would be fine to wear, however, the groom’s family told her it was inappropriate.

“I thought it was because of the slit, but they all said it looked too pale and unacceptable, even though it was a blush pink with bright, almost neon colours on it.

“I said sorry, but I didn’t have another dress suitable enough for a wedding that I could change into, and M’s family seemed mad.

“I left it at that and went on with my day. The ceremony was beautiful, and I was happy for A and M.”

But things escalated at the reception.

The woman had been dancing when the groom’s sister threw a glass of red wine at her. She decided to leave when she saw her cousin giggle.

She said: “I saw red, and that’s when I snapped. I started yelling about how they ruined a brand-new dress for a stupid reason.

“They kept laughing, and I saw A giggle and M grin.

“That’s when I decided I would leave and take back the cheque. That’s when they stopped laughing.”

“M started to ask me to stay, and when his fam realised how much money was in the envelope, they started to apologise and talk about how that money could be helpful in this economy. I left because I felt disrespected.”

Since the incident, the woman is receiving constant messages but she will not give back the gift.

She also refuses to speak to her cousin until her husband apologises, adding that the wedding was not a conservative one and that her cousin tried to help her upon seeing her reaction.

Many praised the woman for walking out of the wedding, with some urging her to keep the money.

One said: “Do not reward that woman for standing by that man.

“If my husband’s family did that to a close family member of mine, and he thought public humiliation was funny, I would end the wedding and leave him that instant.

“She’s staying by his side, she’s obviously not that sorry.”

Another agreed: “A is just as toxic as her husband. Cut her out as well. She just wants the money.

“Life is too short to keep toxic people in your life.

“Also, if you want judgement on the dresses. As an Indian person whose fiance is white. Both are appropriate dresses. They were just a******s.”

Dhiren is a journalism graduate with a passion for gaming, watching films and sports. He also enjoys cooking from time to time. His motto is to “Live life one day at a time.”
Ex-GP who Sexually Assaulted Patients gets 2 Life Sentences
Is Prince Harry’s idea of ‘Unconscious Bias’ Racist?