TV presenter Ranvir Singh came under fire for wearing an “inappropriate” purple dress whilst reporting on the crisis in Ukraine.

Ranvir Singh was criticised for her “inappropriate” outfit whilst reporting on the Ukraine crisis on Good Morning Britain.

Ranvir was presenting a news segment about the country’s situation but viewers became distracted by her purple dress.

The presenter wore a plunging V-neck ensemble that many felt was inappropriate and more fitting for a night out.

The outfit also featured a black belt that clinched around Ranvir’s waist showcasing her slender figure.

Although the dress itself was chic, onlookers blasted the presenter claiming it was “disrespectful” to show cleavage whilst reporting on such a serious topic. 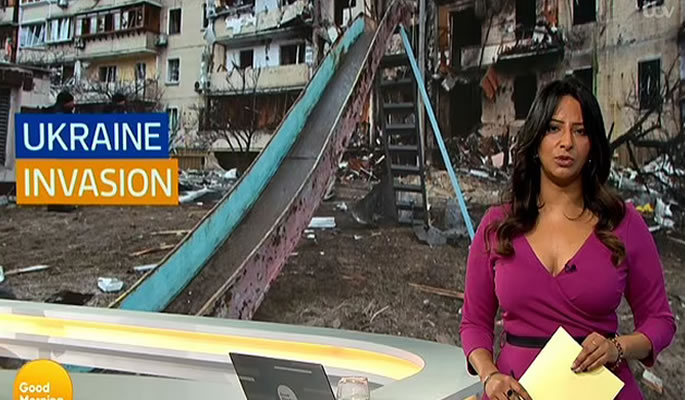 Considering GMB is a morning show, Ranvir’s segment received a lot of backlash and sparked complaints from some viewers.

As she got onlookers talking, plenty of them took to social media to share their anger. One person tweeted:

“Is it really necessary for Ranvir to have her chest on display this morning?”

“Ranvir reading the horrific news from Ukraine whilst showing a cleavage more fitting for a night out.

“Not very professional considering the gravitas of current events.”

A third wrote: “Exactly! Totally unprofessional! Ffs another TV presenter where it’s ‘all about me’!”

But some people came to Ranvir’s defence.

One person said: “For goodness sake, get a grip and leave the woman alone.

“There’s nothing wrong with the way Ranvir was dressed.”

“There was nothing wrong with her outfit at all.”

Interestingly, it is not the first time that she has come under scrutiny for her fashion choices.

In November 2019, Ranvir Singh was called out for another plunging dress she wore.

In August 2021, she sported a floral piece with cut-out details and a deep V-neckline. 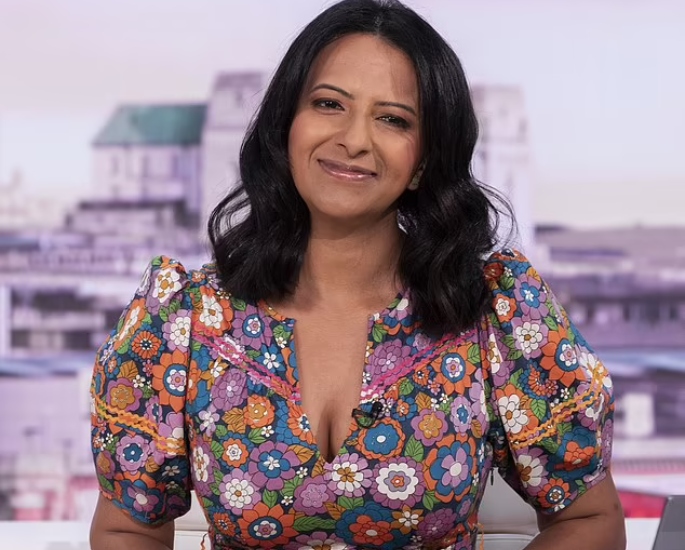 The well-known personality became GMB’s political editor in 2017 and has quickly solidified herself as a solid presenter.

Although, she reportedly stepped down in December 2021 amid claims she wanted a more “substantial” role on the ITV show.

There are claims that ITV bosses are “clamouring” to give Ranvir Singh a bigger role on the daytime programme – as she juggles an array of TV projects and her own increased success.

In 2020, she was a contestant on Strictly Come Dancing and impressively made it to week 8 before being voted off.

She’s also had stints on This Morning, Loose Women and will be the host of the 2022 quiz show, Riddiculous.