Where should Wayne Rooney play in Euro 2016?

The debate heating up as the 2016 Euro’s approach is how Roy Hodgson should best utilise Wayne Rooney. DESIblitz assesses the avenues that could be taken.

Now that Roy Hodgson has picked his provisional 26-man squad for UEFA Euro 2016, the topic pundits and fans alike are debating is just where to play Wayne Rooney?

Alan Shearer has stated that Rooney is no longer England’s number one striker but that shouldn’t mean the country’s all time goal scorer shouldn’t start.

DESIblitz analyses the various roles the England captain could play in the starting eleven because, as a firm favourite of Hodgson, Rooney will start and rightly so. 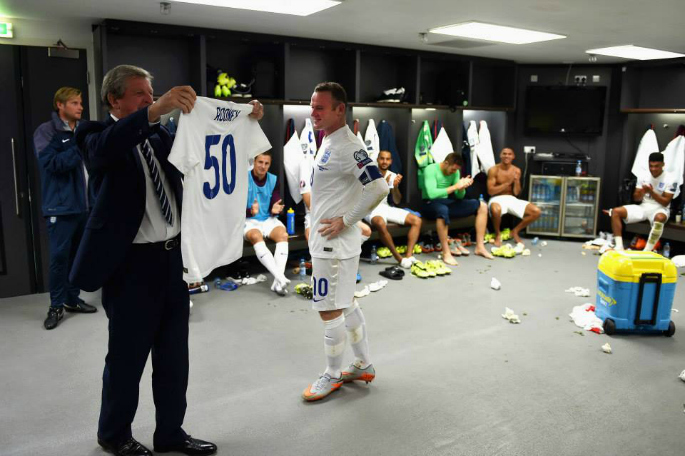 Rooney has had his worst season statistically in his entire Manchester United career scoring just eight goals and assisting six in twenty-eight appearances and compared the competition in the squad Rooney simply has no right to start up front in the Summer.

Jamie Vardy and Harry Kane have scored twenty-four and twenty-five goals for their respective clubs this season; they would be the most prolific strike partnership in the competition statistically and the pair would undoubtedly complement each other well going forward.

Placing him in the forward position would also create another England problem of whether to pick Vardy or Kane to partner him.

In this case, it would be most likely that Kane would be his strike partner and Vardy would be pushed back into a deeper position which would not be fully utilising the attributes of Leicester’s top goal scorer of the 2015/16 season.

As a CAM (Centre Attacking Midfielder) 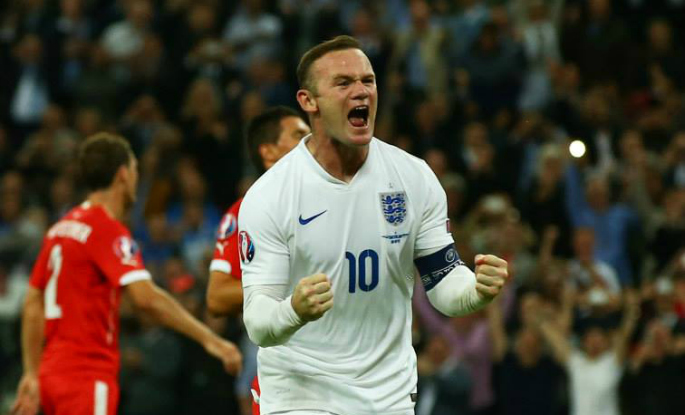 Playing a role in midfield, which Rooney has dabbled in this season for Manchester United, has a lot more potential.

In United’s last game of the season against Bournemouth, playing in the creative midfield role, Rooney put on an impressive display in which he scored the opener, provided a vital pass in the build-up for the second and set up Ashley Young with a delectable pass for the third.

The England talisman even said himself recently:

“Sometimes you have to make choices in your career and at the moment it’s better for me to play deeper,” he said.

“It could be a bit different for England where I could still be the striker but probably next season that’s where I see myself playing.”

“It could be where I play for England, but that’s down to Roy. I’m sure we’ll speak when we meet up and he’ll tell me where he wants me to play.”

Rooney has all the attributes a creative midfielder requires: vision, composure and technical ability. In the final third of the pitch he is, arguably the most inventive and innovative passer in the England Squad and his service would be much appreciated from the likes of Kane or Vardy.

As a CDM (Central Defensive Midfielder) 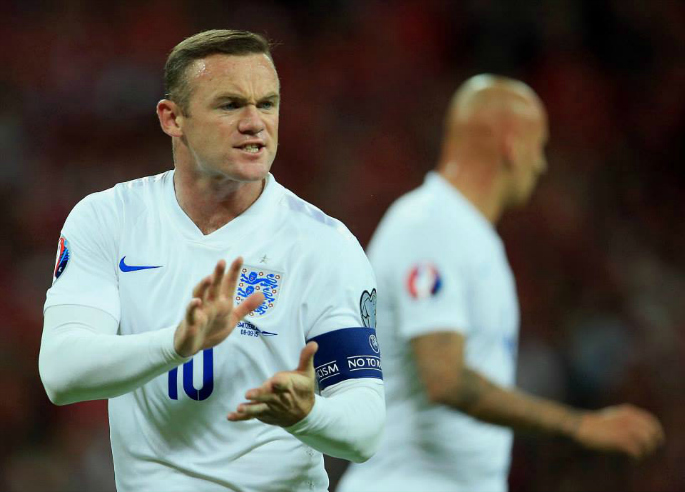 Playing Rooney as a CDM was a tactic this writer opted for back in the days of PES 6. He is tenacious, even more so in an England shirt, and would work tirelessly to win back possession; he won the ball back 12 times against Bournemouth.

When playing in the middle of the park he is very reminiscent of Paul Scholes; dropping deep, picking the ball up around the centre circle, taking one look up and providing an inch perfect pass to the wing or over the top.

This would allow players with more pace such as Barkley or Dele Alli to provide more pace and a direct threat on the counterattack. However, that would mean the England team would miss out on the more intricate passes Rooney could provide in the final third and his gifted vision would go to waste.

It all depends on the formation

Speculating on where Rooney should play is all well and good but it really depends on the system Roy Hodgson opts for.

In the case of a 4-2-3-1 set up the England line up would look something like this: 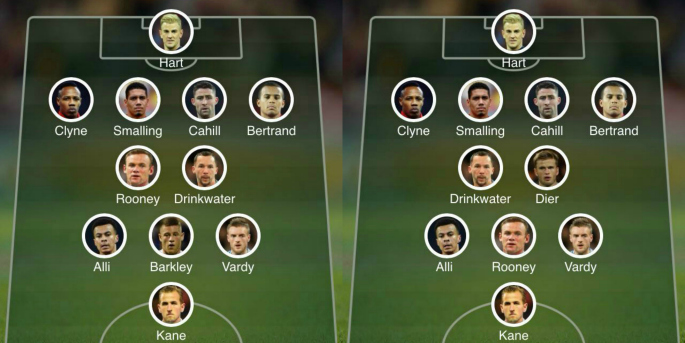 This formation is rather negative due to having two CDM’s and it must be said that not starting Kane along with Vardy makes the England line up seem a lot less threatening.

With regard to Rooney however, playing alongside Danny Drinkwater or Eric Dier (left) would allow the England Captain to wonder forward from time to time and influence play.

Yet, in this system he would be much better served in the ‘number 10’ role and Danny Drinkwater has proven throughout this season that he also has an eye for a pass whilst Eric Dier has also shown his competency over 38 games.

The 4-4-2 Diamond could shape up in a variety of ways: 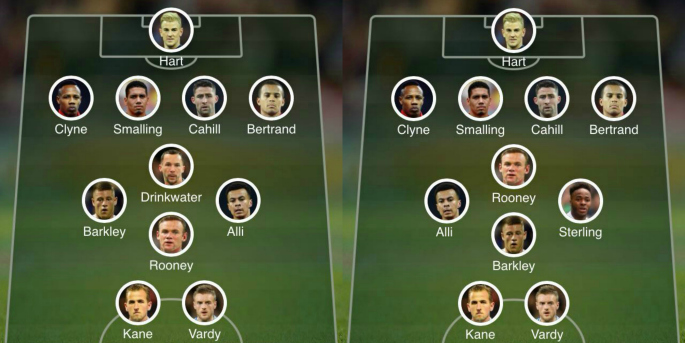 Rooney could play either a CAM (above left), a CDM (above right) or a CM (below right) in this formation.

As a CAM, with players like Ross Barkley and Dele Alli in support could prove to be lethal going forward whilst as a CDM England would definitely be morphed into a more counter attacking team using Rooney’s vision sitting deeper on the pitch coupled with the pace of midfielders like Sterling in front of him.

Playing as a CM on either the left or right side of the diamond would put Rooney in an unfamiliar position but one where he could still influence as a playmaker and make more use of his relentlessly dogged defensive capabilities. 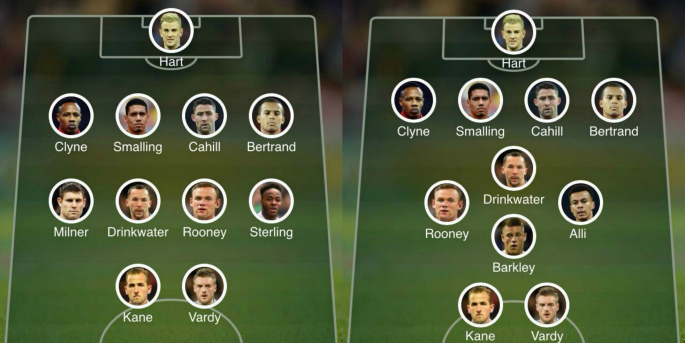 Finally, the dreaded 4-4-2 formation (above left) where Rooney would sit as a CM. It just screams a lack of creativity and rigidity; not one bound for success at international level.

Overall, it seems the CAM role would be the best usage of Rooney’s talents and hopefully Mr.Hodgson will opt for the 4-4-2 diamond system.

This England starting eleven could be the most dynamic for years; fans can only hope the manager plays his cards right and his selection will yield progression to at least the semi-finals of the Euro’s next month.