An Arsenal fan’s racial ignorance regarding Sikhs was met with a Twitter backlash after a fake bomb scare at Old Trafford on May 15, 2016.

There have been 350 incidents of racism in English football since 2012.

On the final day of the English Premier League 2015/16 season, the match between Manchester United and Bournemouth at Old Trafford was abandoned due to a suspect package found in the ground.

Discovered close to kick-off by a member of staff in one of the stadium’s toilets, it turned out to be a dummy bomb used in a security exercise earlier in the week by a private firm.

Bomb disposal experts were called into Old Trafford and a controlled explosion was carried out.

The fiasco was a major inconvenience to fans, some of whom had travelled from Azerbaijan to see the game, and was estimated to cost Manchester United around £3 million. 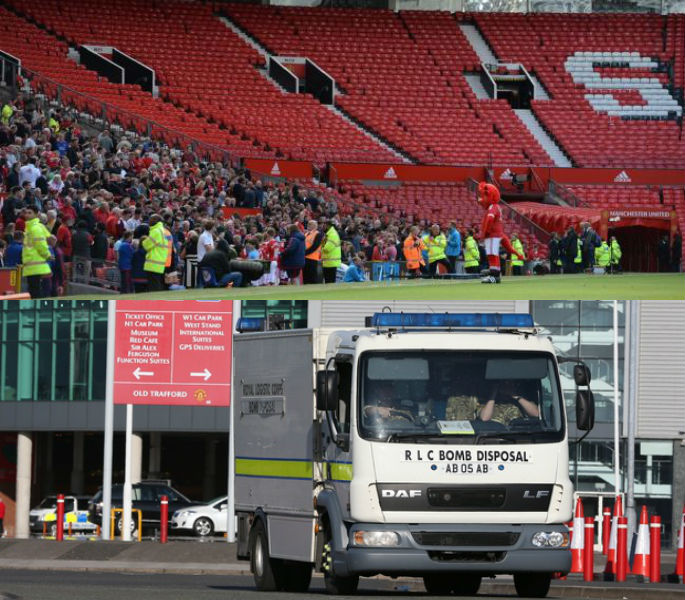 With such an unusual situation, social media was awash with discussion, but not many expected the sheer ignorance of an Arsenal fan with the Twitter handle ‘Arsenal Craig’ tweeted: “Bomb threat at Old Trafford, I know where my investigation would start.”

The insensitive tweet was accompanied by an image of group of Sikh Manchester United supporters.

Arsenal Craig have a significant level of fame. The group is regularly seen on BBC’s Match of the Day, due to their season ticket seats being close to the managers’ dugouts and are known to be devout Manchester United fans.

Reassuringly, Arsenal Craig was criticised heavily for his idiotic attempt at wit and notably, and most of their critics were non-Asian.

@arsenal_craig with a bunch of Sikhs? Ignorant moron.

@arsenal_craig I'm an #Arsenal fan but everyone knows they're loyal #ManUtd fans and have been attending for years. Not funny and ignorant.

With a group of Sikhs? Well done, dude. Showing your racist credentials there. https://t.co/aC917gStzR

Sky Sports were also accused of casual racism for using a brief clip of two fans wearing turbans as B-roll whilst reporting on the story.

Media coverage on the issue of racism in football comes in ebbs and flows and only gains significant traction when a high profile incident raises the conversation once more.

The question is whether this tweet is an isolated incident by yet another simpleton on Twitter who needs to be properly educated or whether this is still a widespread mentality in football.

Despite the work of organisations such as Kick It Out or Show Racism the Red Card, it is clear not enough is being done to eradicate racism in the sport.

Sikh Federation UK states ‘it is ignorance like this that gets Sikhs killed’.

An investigation reveals that there have been 350 incidents of racism in English football since 2012. Information had been compiled from 24 police forces across the country, but that only accounts for half of the UK’s forces so the actual figure is likely to be much higher.

This investigation doesn’t take into account racism occurring on social media concerning football. For example, the term ‘paki’ is still used in abundance on Twitter. Throughout this season, Riyad Mahrez of Leicester has been called it relentlessly online.

Had enough of that paki mahrez now

However, this cannot be isolated to football and should be considered a societal issue. In the last 15 years since the dawn of Osama Bin Laden, who wore a turban and sported a long beard, there has been a stigmatism to Sikhs.

This is most prevalent in the USA. According to the Sikh Coalition, in the months following the attacks of 9/11, more than 300 incidences of hate crimes against Sikhs were reported and BuzzFeed compiled a list of 23 hate crimes that occurred across America towards Sikhs from 2001 to 2012.

They ranged from a vehicle belonging to a Sikh family is defaced with the message ‘F*** Allah’, vandals spray-painted graffiti saying ‘Rags Go Home’ and ‘It’s Not Your Country’ on the Gurdwara Sahib temple in Fresno, to 49-year-old gas station owner Balbir Singh Sodhi fatally shot.

Frank Silva Roque, the shooter, mistakenly believed Sodhi was Muslim because of the clothes he wore, his turban, and his beard. 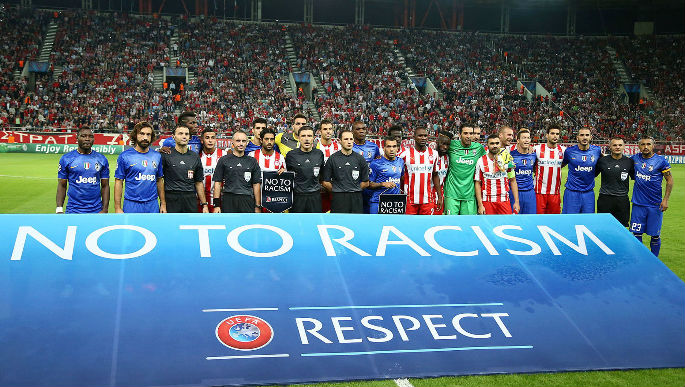 In the UK, figures from the metropolitan police show that 269 religious hate crimes took place in the three weeks after 7/7; the first place to be attacked in retribution being a Gudwara in Kent.

Thankfully, British police will start recording hate crimes against religious groups under specific categories as of April 2017, but more needs to be done to bring about a greater understanding of differentiating cultures in the UK

Otherwise, racial ignorance online and in the real world will continue to be prevalent and has the potential to be very dangerous.

Images courtesy of AP and Olympiacos