Liverpool Football Club have presented their staff with a detailed handbook of banned offensive and discriminatory language to help eradicate intolerable terms and phrases from the sport altogether.

"Liverpool F.C. has been actively engaged in a full club-wide education and awareness programme."

Internationally recognised and renowned football club, Liverpool, has taken significant steps towards eradicating discriminatory language and behaviour from its club for good.

The English Premier League (EPL) side, which is one of the most supported football clubs in the world, has issued a handbook to all non-playing staff that contains terminology that will no longer be accepted or tolerated by any of its members.

A list of unacceptable words has been created for staff that come into contact with the public. These words cover offensive or derogatory terms regarding race, religion, sexuality, gender and disability.

This will be a big step for the 5 time European Cup winners in rebuilding their prestigious global image. The club has notably received a lot of negative publicity since December 2011 when their star striker Luis Suárez was found guilty of racially abusing a fellow professional. 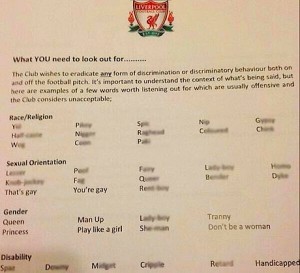 Patrice Evra, a defender of Liverpool’s arch-rivals Manchester United, accused Suárez of calling him the Spanish diminutive of the N-word, meaning ‘black person.’

Hailing from Uruguay, Spanish speaking Suárez claimed to have used the term innocently, perhaps not realising that somebody like Evra may get easily offended by it.

Rishi Jain, who has been with Liverpool since 2004  is currently the Social Inclusion officer for the club. Jain, who helped in compiling the guide, said:

“As part of the club’s continued commitment to tackle all forms of discrimination, as well as promoting its approach to equality and diversity, Liverpool F.C. has been actively engaged in a full club-wide education and awareness programme.”

Jain further explained: “The programme includes interactive workshops and a handbook which is designed to provide information on the latest equality legislation including information relating to what terminology is deemed as both acceptable and unacceptable.

“This programme of awareness enables our employees to recognise inappropriate language and take the necessary steps to ensure Anfield is free from all forms of discrimination.”

The club have also stressed that it is “important to understand the context of what’s being said,” although the majority of the list is rather self-explanatory.

Now, what some fans may have previously regarded as ‘just banter’ will now be asked to refrain using such words if they appear on the banned list. This may prove a nightmare for police officers during live games, when a few thousand fans could chant some form of discrimination in unison, as is so often the case. 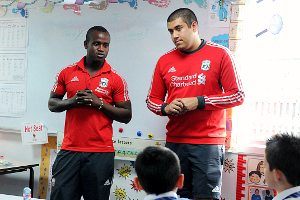 Even gender-relevant phrases against women have also been included in the list. Phrases and terms like ‘Princess’ and ‘Don’t be a woman’ have been banned outright.

Liverpool has been working with the anti-discrimination groups Kick it Out, Show Racism the Red Card and the Anthony Walker Foundation for several years now. The North West club have gained recognition in contributing towards helping remove discrimination from the sport entirely.

Kick It Out was established as a body in 1997 following a successful campaign, ‘Let’s Kick Racism Out of Football.’ The Chairman of Kick it Out, Lord Herman Ouseley, believes the guide is a positive step:

“Kick It Out acknowledges the great strides that Liverpool F.C. has taken over recent times to reiterate their continued commitment to equality,” said Lord Ouseley. 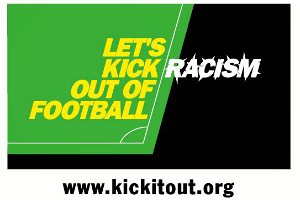 He went on to say: “Match day stewards must be trained on dealing with incidents of discrimination and unacceptable behaviour in order to eradicate it from our stadiums, and more and more football clubs are using Kick It Out’s Equality Standard as a framework to develop this education across all areas of the business.”

Professional footballers receive their own specific guidance from the Football Association (FA). However, Liverpool’s guide will help the club’s additional staff recognise and report discriminatory language used by supporters.

English Football’s reputation has been tarnished somewhat in recent years. In 2012, Chelsea and England regular John Terry was fined and banned for racially abusing QPR defender Anton Ferdinand during a match in 2011. 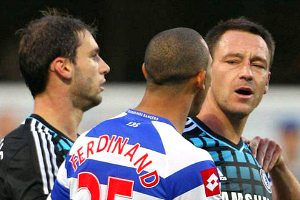 John Terry had admitted using the word ‘black’ and swearing at Ferdinand. Although Terry insisted he was only repeating words he thought Ferdinand had accused him of saying. On the day before his hearing, Terry chose to announce his retirement from international football.

Although racism is just one method of discrimination, it is unfortunately an issue that is experienced globally, particularly in popular sports such as football. This is made worse when influential players of the ilk of Suárez and Terry commit such acts.

It seems racist tirade is quite common at all levels of the game. More recently, Asian amateur footballer Wasar Ahmed was jailed for eight weeks after racially abusing referee Ian Fraser in Burnley. The 23 year old told Fraser: “I’m going to break every white bone in your white face.”

Judge Graham Knowles when describing the actions of Ahmed said: “This was a quite outrageous, deeply offensive profoundly unpleasant attack on a man who was just doing his best as a referee. He [Ahmed] accepts that his behaviour was very poor – but I do believe he’s learned his lesson.”

By Liverpool leading the way with a responsible example, it will help fans and clubs all over the world realise that there are certain definitions that are no longer acceptable in today’s globally diverse community.

Fans will now also be expected to play their part to ensure they are loyal ambassadors to their respective clubs. Their role: to attend football matches to enjoy the game, and not engage in discrimination, racial or otherwise, of any kind.

Rupen has been passionate about writing since childhood. Tanzanian born, Rupen grew up in London and also lived and studied in exotic India and vibrant Liverpool. His motto is: “Think positive and the rest will follow.”
Pakistan win T20 series against West Indies
Monty Panesar fined for Drunken Behaviour