Left-arm spinner for England, Monty Panesar was fined for urinating in public outside a nightclub in Brighton. The role model for young British Asians has since apologised for his misconduct.

"At the end of the day he is a cricketer and what matters is how he behaves on the field."

Left-arm spin bowler and England cricketer, Monty Panesar was fined on August 5, 2013 for urinating both in public and on nightclub bouncers while enjoying a night out.

The disturbance occurred in the early hours of Monday morning when police were notified of the cricket star being drunk and disorderly outside of Shooshh Club in Brighton.

A spokesperson for Sussex police said: “A 31-year-old man received a fixed penalty notice for being drunk and disorderly after being seen urinating in public near the Shooshh Club in King’s Road Arches, Brighton, around 4.13am on Monday.”

It is thought that Monty left the club and went to the promenade above the nightclub and proceeded to urinate on the bouncers who were standing directly below. 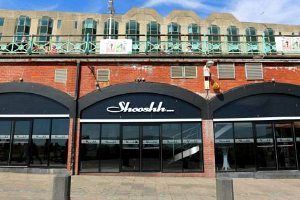 The bouncers ran after the player and eventually cornered him in a pizza shop nearby, where Monty was heard crying, ‘Help! Help!’

Monty was given a fixed penalty fine of £90 for his indecent conduct. A spokesman for the cricketer has apologised on the player’s behalf saying: “Monty would like to apologise unreservedly for any offence caused.”

“Sussex County Cricket Club can confirm that an incident took place involving Monty Panesar in the early hours of Monday August 5. The matter is under full investigation and the club will make no further comment at this stage.”

The England and Wales Cricket Board (ECB) have refused to comment, stating that it was a matter for Monty’s club to deal with.

As one of the few British Asians to have been selected for the England cricket team, Monty is largely considered as a role model for the youth of the Asian community. But have his recent actions affected his respected standing among British Asians? 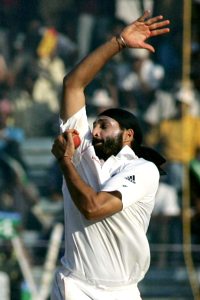 One British Asian, Jay said on radio: “He is still a role model. Everyone has flaws, no one is perfect. They’re still human beings after all. Monty had a little bit of an indiscretion. I don’t think he’s a bad person for it.”

Raj told the BBC Asian Network: “Compared to some football players, this is a small mistake. This is nothing in the sporting world. He is a British Punjabi so it has been blown up. Look at all the black, white sports stars taking drugs, getting done for crashing cars etc. It’s a drop in the ocean.”

Of course, when it comes to sports personalities and misdemeanours, Monty sits on the very tip of the iceberg. British sports players being charged for disorderly behaviour is not exactly new news and it is never a huge surprise when such a story does makes media headlines.

But Monty has been well known for his encouragement of young British Asians in sports, notably guiding them to play for their home nation England, rather than India and Pakistan. He has been dubbed by many as a wonderful role model in promoting the sport among kids who would otherwise not attempt to try out for England.

Monty’s first Test debut for the England team was in 2006 when he was selected for the tour of India. During his first International Test match against India in Nagpur, Monty took 3 tickets. The first was Sachin Tendulkar, who Monty admits was his childhood hero. Tendulkar later signed the cricket ball that outed him and presented it to Monty as a gift. 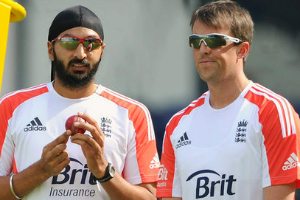 Monty has since taken 164 Test wickets for England. He is best known for being a left-arm spinner, but remains overshadowed by Graeme Swann who many regard as a better spinner.

Reactions to Monty’s public misdemeanour have been varied within the British Asian community. Many British Asian cricket lovers feel he has lost a lot of popularity since this incident.

Some have been disgusted by his actions, while others have found it laughable. Religious Education teacher Ash says: “It is a great disappointment. It is amazing how a life-time of hard work can be lost in a moment.”

Monty was also part of the 14-man squad that played in the Ashes on Monday 5, August. However, he did not play in the match.

Female cricketer Salma Bi responded to the incident saying: “For him to be like a role model and for someone who has made it into the England squad, I say it’s quite appalling. He was selected in the 14 man squad, he didn’t get to play. But if this is what he makes out as a highlight as the Ashes, it is not something that should go down really well. I just hope he can learn from it.

“It is a shame. I do remember when he first hit the scene. A left-arm spinner, I mean you don’t see many of them. You see them and you think they are going to around for a very long time. He was a Sikh bowler and an Asian bowler and was wearing a turban. For me it was amazing because he was breaking boundaries.” 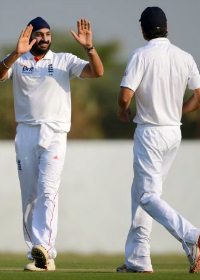 Twitter has also run amok with the Monty incident. One tweeter wrote: “I think that @MontyPanesar should play in the 4th test against the Aussies & proper take the p**s out of them.”

Cricket Gandu said: “Monty Panesar giving us proof that you can take the man out of Punjab, but you can’t take the Punjab out of the man!”

G Singh said: “After Doosra Monty Panesar invents the Pee-sra in SpinBowling to bowl this delivery u have to wet the ball with anyone of ur team mates Pee”

As well as not playing in Monday’s match, Monty has also not been included in the team for the next Ashes Test, which will take place in Durham starting on Friday 9, August.

It remains to be seen how Sussex County Cricket Club will respond to the matter, although many British Asians believe that while Monty’s actions can be deemed a serious offence in light of his standing within the Asian community, the incident will be forgotten once he shows form on the pitch again.

Has Monty Panesar lost credibility after urinating in public?

Aisha an English literature graduate, is a keen editorial writer. She adores reading, theatre, and anything arts related. She is a creative soul and is always reinventing herself. Her motto is: “Life is too short, so eat dessert first!”
Liverpool handbook bans Offensive Terminology
PV Sindhu wins 2013 World Badminton bronze