An Indian restaurant in Bath carried out one of the most unique space missions when they successfully sent a samosa into space.

"I was holding it and it slipped right through my fingers"

An Indian restaurant in Bath successfully sent a samosa and a wrap into space after three attempts.

Niraj Gadher, who runs Chai Walla, came up with the plan to use weather balloons filled with helium to send the food up.

He explained: “I said as a joke once that I would send a samosa into space, and then I thought during this bleak time we could all use a reason to laugh.

“The feedback is that it’s bought a lot of laughter from people and that’s what we wanted really, to spread joy.”

The unique space mission was uploaded to YouTube and it shows Niraj and his friends attempting to send the food package up before succeeding on the third go.

The first attempt saw Niraj accidentally let go of the balloons before he had secured the food.

He said: “I just couldn’t believe it, I was holding it and it slipped right through my fingers – like something out of a movie.

“I’m really sorry to everyone that we lost those balloons, for the environmental reasons – that was obviously not the plan.

“The second time we didn’t have enough helium but we got there on the third time.

“The package had a parachute and was made of very light plastic so if there had been a problem it would have just floated down to earth.” 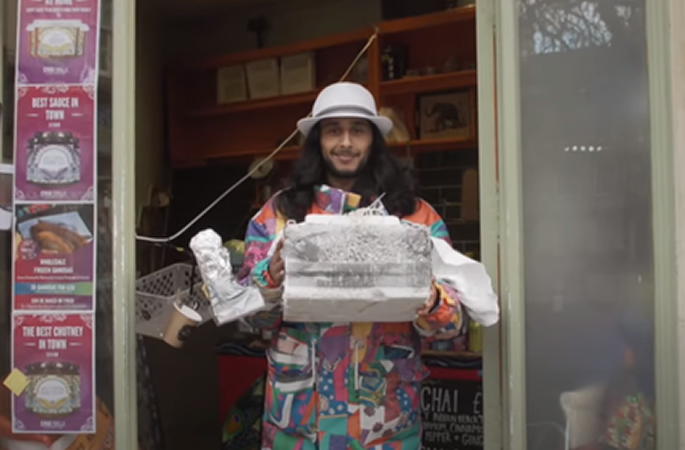 Niraj and his friends released the food package and travelled into the atmosphere, travelling so high that in the video, an aeroplane could be seen flying past.

Niraj had attached a GoPro camera and a GPS tracker to be able to locate the package wherever it landed.

There was an initial concern as the GPS kept showing Niraj’s house as the package’s location.

Niraj made calls to the GPS manufacturers and they confirmed that it was not working. However, the following day, the GPS came back online and showed that the samosa had crash-landed in Caix, Northern France.

Niraj said that the group thinks that the GPS may have stopped working when it got too high up in the atmosphere.

The group then took to Instagram to contact people in the area to see if they could find the samosa. One user took up the task and found the snack in a field in Picardie.

In the video, he is heard saying he cannot believe he found the samosa before running off saying hunting can take place in France on that day and he does not want to get shot.

Niraj explained that while they found the balloon, GPS and GoPro, the samosa and wrap were long gone, assuming they had been eaten by wildlife.

He said: “We’ve kept in touch with the guy that found it and he’s said when the world is more normal he’ll come over to Bath and meet us.”

Somerset Live reported that Niraj has said the feat was “definitely” worth the stress of pulling it off. 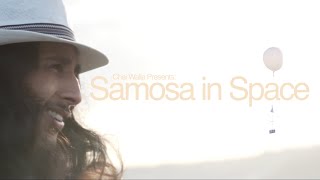 Dhiren is a journalism graduate with a passion for gaming, watching films and sports. He also enjoys cooking from time to time. His motto is to “Live life one day at a time.”
5 Vegan Curry Recipes to Try at Home
10 Recipes for Gluten-Free Indian Desserts