Pakistan’s legendary cricketer, Wasim Akram, was involved in an armed road rage incident on August 5, 2015. His manager has confirmed Wasim is unhurt.

“We cannot say clearly what the motive behind the attack on Wasim Akram was.”

The legendary cricketer was travelling in his Mercedes to the National Stadium to run a training camp for young bowlers.

The cricketer later narrated the incident to reporters: “It was just an accident when I was coming to the stadium.

“There is lot of rush at this time and I was in the middle lane and a car hit my car from behind.

“I signaled the driver to come to the side but he tried to make a fool and tried to race off which irritated me a lot.

“I got a bit frustrated and chased that car and blocked it. While I was standing and arguing with the driver, a person stepped out from the back seat holding a gun and pointed it at me.

“But since the traffic had stopped and people recognised me as Wasim Akram, the man then lowered his gun and fired at my car which was very scary.”

Despite being in shock, Wasim managed to identify some details of the shooter to assist with the investigation.

He said: “[The shooter] was definitely an official. I have noted the number of the car and given it to the police.” 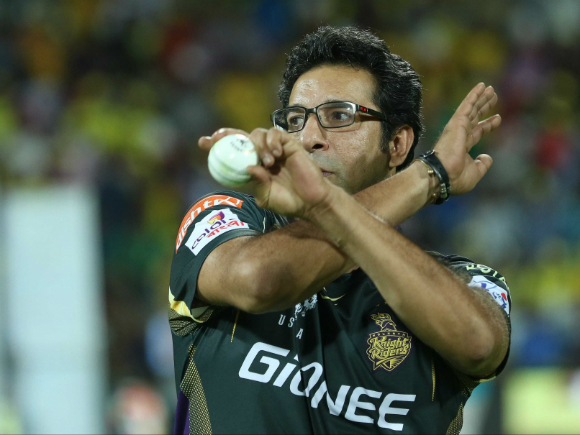 Arsalan said: “He did not get hit, he is now at the National Stadium, dealing with police formalities.”

He said: “According to preliminary investigation, the incident appears to be a case of road rage.

“But we cannot say clearly what the motive behind the attack on Wasim Akram was.

“We have identified the car from CCTV footage and will have the suspect in custody in a couple of hours.”

Wasim is widely regarded as one of the greatest cricketers of all time. He made his international debut in 1984 against New Zealand.

British cricket fans would be familiar with the ‘Wasim for England’ theme song, chanted at Lancashire County Cricket Club matches during his time there from 1988 to 1998.

After retiring after the 2003 World Cup, Wasim remains active in the cricket world as a TV commentator and bowling coach.

He even took to the runway at the Pantene Bridal Couture Week 2011.

Images courtesy of BCCI and The Hindu

Almira Rafeeque signs with Luton Town FC
Should the Cricket World Cup be a 10-team event?