A US Indian megafan has installed a life-size statue of Amitabh Bachchan at his family home in New Jersey.

“He is nothing less than a God to me and my wife."

A US Indian man is such a huge fan of Amitabh Bachchan that he installed a life-size statue of the actor at his home in Edison, New Jersey.

The statue is situated outside Rinku and Gopi Sheth’s home in a large glass box.

The statue received a formal unveiling ceremony, with nearly 600 people attending. Fireworks were set off and there was also a dance performance by members of a fan club.

Community leader Albert Jasani unveiled the statue, which shows Amitabh Bachchan in a seated pose, similar to how he is seen on Kaun Banega Crorepati.

Gopi shared photos of the unveiling ceremony and tweeted:

“On Saturday, August 27th we placed an Amitabh Bachchan statue in front of our new home in Edison, NJ, USA. 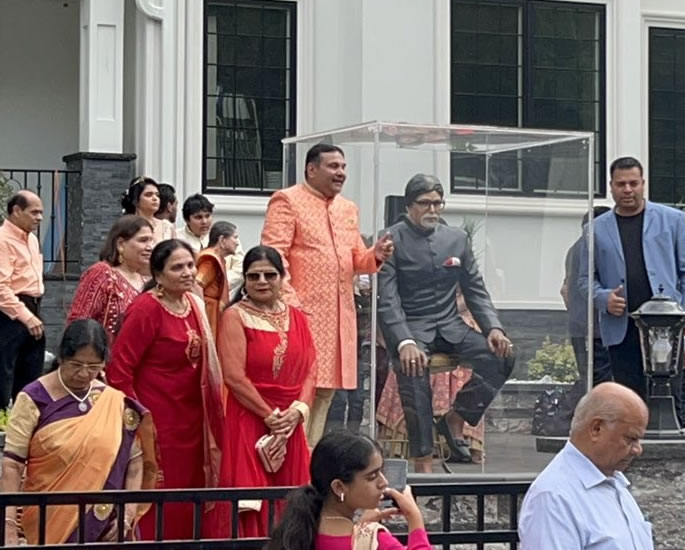 The statue was designed and built in Rajasthan. It was then shipped to the United States.

Explaining how much of a fan he is, the internet security engineer said:

“He is nothing less than a God to me and my wife.

“The biggest thing that inspires me about him is not only his reel life but also his real life and how he manages himself in public, how he conveys and communicates… everything you know.

“He is very down-to-earth. He takes care of his fans. He is not like so many other stars.

“This is why I thought I should have his statue outside of my house.”

Gopi moved from Dahod, Gujarat, to the United States in 1990. 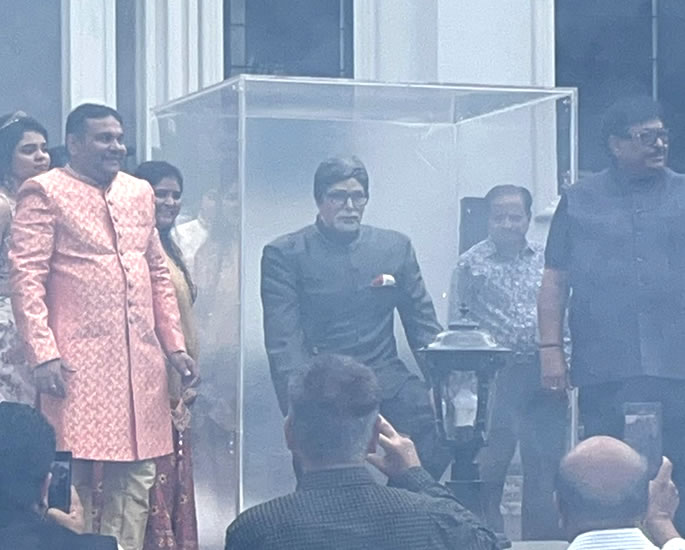 Gopi says that Amitabh knows about the statue and told him that he does not deserve this kind of respect. But it did not stop Gopi from having the statue installed.

Gopi says he first met Amitabh during Navaratri celebrations in New Jersey in 1991.

Since then, he has been a huge fan of the actor.

The superfan explained that he has been bringing together the actor’s fans in the United States and globally. This ended up turning into a website.

Gopi said: “Bachchan Saheb calls his fans and supporters as his extended family.

“Installing a statue in the US comes with a lot of challenges and this was more difficult than others.”

Dhiren is a journalism graduate with a passion for gaming, watching films and sports. He also enjoys cooking from time to time. His motto is to “Live life one day at a time.”
Mike Tyson Forgets He was in Liger
Shehnaaz Gill announces New Bollywood Film