Labour MP Keith Vaz has opened up about potential plans to honour Bollywood legend Amitabh Bachchan with a statue in Leicester! DESIblitz finds out more.

“I feel we must immortalise the icons of India from all walks of life.”

Keith Vaz, a British Asian MP for the Labour Party, has revealed plans to install a statue of Bollywood legend Amitabh Bachchan in Leicester.

Vaz told Times of India in an exclusive interview that Leicester – home to the largest group of Indians outside India – would welcome the life-size statue.

He said: “My constituents are keen we have a statue of Amitabh, one of the world’s greatest actors here in Leicester.

“Personally, I feel we must immortalise the icons of India from all walks of life.”

Over the years, the Indian community in Leicester has shown overwhelming love and support for the well-renowned actor, with a versatile portfolio that crosses over Bollywood and Hollywood.

The Piku (2015) star had visited Leicester in the past. In 2006, he accepted an honorary Doctorate of Arts from the city’s De Montfort University.

He also checked out the Walkers Stadium (now King Power Stadium), which is home ground of Leicester City Football Club. 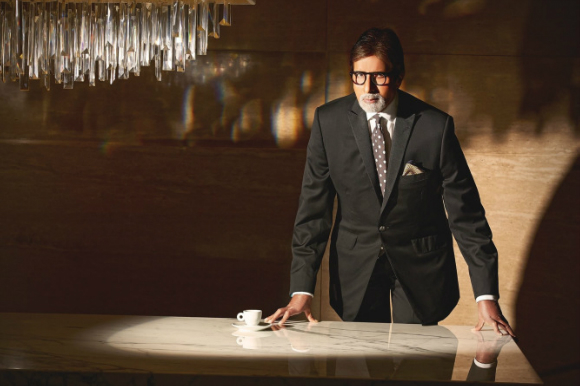 Big B’s friendly ties with Leicester even extend to his son and Bollywood actor, Abhishek Bachchan, who visited the city in the run-up to the UK General Election 2015.

Abhishek received a stunning response from a huge crowd, while Vaz took a hit for valuing ‘style over substance’.

Vaz said: “Abhishek Bachchan is a friend, and he came only to support me as an individual, not a political party.

“I would always maintain that there is nothing wrong with a bit of fun, and a bit of spice, in an election.”

Big B was the first Bollywood actor to be featured in Madame Tussauds in London. If plans for his statue go ahead, Leicester will no doubt see countless fans flock to the city’s square for a precious selfie!