Drug dealers Mohammed Tanvir and Mohammed Sirfraz have been jailed for cutting heroin on a large scale at a house in Birmingham.

"it's clear they were cutting drugs on an industrial scale."

Two men have been jailed for more than 20 years at Birmingham Crown Court after police found heroin being cut “on an industrial scale” at an address in Birmingham.

On May 30, 2018, officers found more than six kilograms of heroin and several bags of caffeine, a common mixing agent for drugs.

They also found drugs presses and a large electric mixer at the house in St Saviours Road, Alum Rock.

Mohammed Tanvir, aged 33, of Aston, had come out of the property moments before the raid. He was already being investigated on suspicion of operating a drug supply chain.

Mohammed Sirfraz, aged 43, of no fixed address, was found inside the property hovering powder from a bedroom floor.

“Officers found several large bags of caffeine in the property alongside heroin and large electric mixing equipment, it’s clear they were cutting drugs on an industrial scale.” 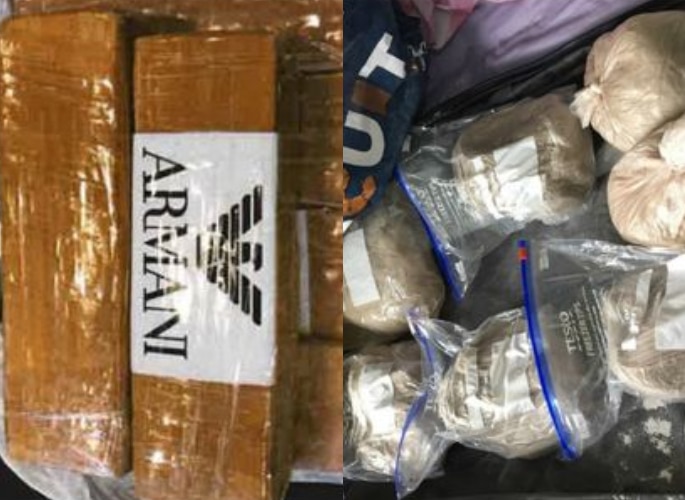 Tanvir had been under investigation since April 19, 2018, when West Midlands Police found a bag containing another batch of heroin weighing six kilograms.

The holdall was found dumped in a set of bushes near Cherry Orchard Road in Handsworth Wood, Birmingham.

The driver of a VW Passat was spotted running from the hedgerow moments earlier. Tanvir was in a nearby van when he was detained, the driver escaped after ramming a police car.

Police officers seized a mobile phone belonging to Tanvir. Analysis showed it had been in contact with another number in a handset which matched the movements of the Passat.

At their trial, both Tanvir and Sirfraz pleaded guilty to possessing Class A drugs with intent to supply.

On March 6, 2019, Mohammed Tanvir was sentenced to 13-and-a-half years in prison and Mohammed Sirfraz was handed an eight-year jail sentence.

“Tanvir, in particular, was involved in a significant heroin supply chain and profiting from the misery of others.”

“These are significant convictions and underlines that anyone involved in drug dealing can expect to spend many years behind bars.”

Anyone who suspects someone who is involved in drug dealing or other associated crimes is advised to contact the charity Crimestoppers online or anonymously on 0800 555 111.

Calls cannot be traced and callers will not be asked for their name.

In a previous case, a Birmingham-based gang was jailed for over 40 years in November 2018 for supplying heroin and crack cocaine into towns from the West Midlands.

The six-person gang, codenamed ‘Uzi‘, were charged with conspiring to supply crack cocaine and heroin.

Dhiren is a journalism graduate with a passion for gaming, watching films and sports. He also enjoys cooking from time to time. His motto is to “Live life one day at a time.”
Shopkeeper punched in Face by Youths Stealing Fanta
Man raped Woman and sent Snapchat clip to her Friends