Man raped Woman and sent Snapchat clip to her Friends

Aziz Khan, of Stoke-on-Trent, has been jailed after he filmed himself raping a woman on Snapchat and sending the clip to her friends.

Aziz Khan, aged 22, of Heron Cross, Stoke-on-Trent, was jailed for 11 years and two months on Tuesday, March 12, 2019, at Stoke-on-Trent Crown Court for filming himself raping a woman on Snapchat and sending the footage to her friends.

The court heard Khan met the student on a night out in Newcastle-under-Lyme in 2017 and took her back home to film the assault. The victim was “very drunk” and unconscious when Khan attacked her.

The young woman and her friends began their evening at the Revolution bar before moving on to The Kiln.

Prosecutor Robert Price said that the victim gave her bag and phone to a friend to look after, before getting separated from the group “in the haze of drink.”

She later met Khan in The Kiln. He took her back to his house in Stoke, where he attacked her.

Mr Price said: “The defendant raped her and as he did, he filmed the act on his mobile phone.

“It shows a young lady unconscious and immobile through intoxication being raped by a male making grunting noises.

“She had no idea where she was, who she was with or what she was doing. She was not capable of making decisions or consenting to any form of sexual activity.” 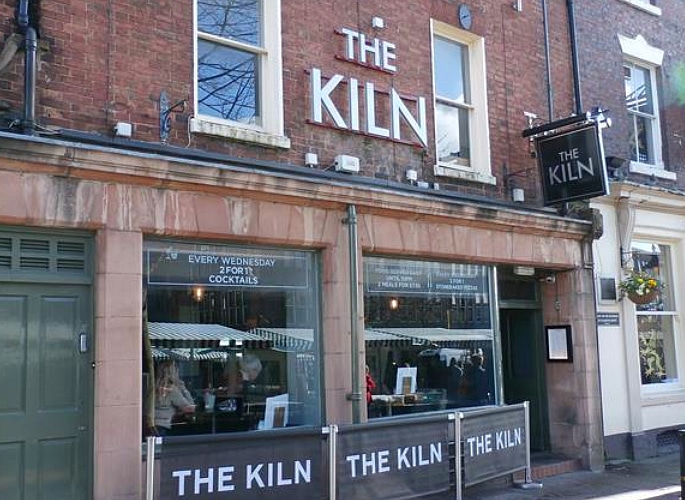 The woman left Khan’s house at 4 am and knocked on a neighbour’s door for help. She did not make sense as she spoke and slid down a wall. The neighbour helped her up and into a taxi.

Khan bragged about having sex with the victim the following day and showed the 10-second video to his friend. He also boasted about the incident to another man in Hanley.

The victim could not remember what happened but later became aware of the Snapchat video. She told her parents and the police were informed.

Mr Price read an account of Khan’s personality provided by a friend who was with him on the night of the sexual assault.

“He told police as a general rule Khan had one topic on his mind and that was sex.

“He described him as a sleaze and a pest and he formed the view Khan was a bit weird with women.”

“Khan was the ultimate opportunist and he took advantage of the victim who was vulnerable and incapable through drink. She was completely intoxicated.”

In a victim impact statement, the woman said she continues to be affected and feels physically sick every day.

She experiences flashbacks, sleep deprivation and profound fatigue. She says she feels dirty, ashamed and angry and once overdosed on tablets.

The attack led to her dropping out of university and it has had a damaging impact on her family.

Khan pleaded guilty to rape and disclosing private sexual photographs and films with intent to cause distress.

“He has found it difficult to admit what he has done. Since this happened he has not had alcohol or gone out.”

He said that Khan’s pleas prevented the victim from having to give evidence at Stoke-on-Trent Crown Court. 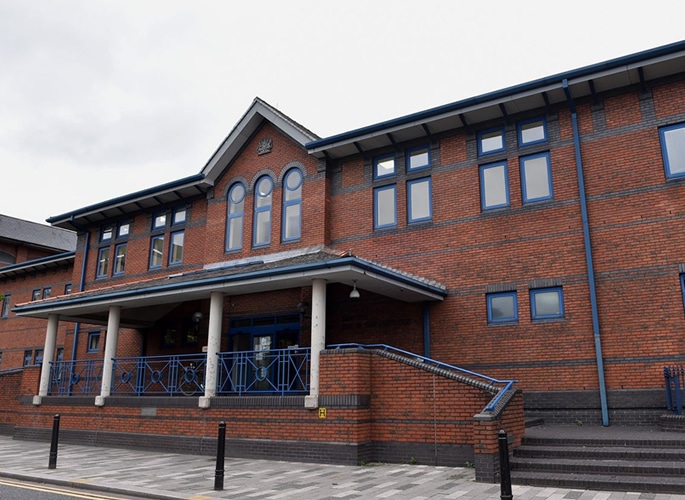 Mr White spoke about the accounting course Khan had completed and that he will be able to use it when he is released.

Judge David Fletcher said: “It is quite clear when you got in the taxi you were fully aware of the extreme state of intoxication.

“You had only one thing on your mind – sex. You had sexual intercourse with her without her consent, and on the basis of the very disturbing video footage, without her knowledge.

“She had not got a clue what was happening to her. She was not in a conscious state at all. You filmed it in the most graphic detail.”

Judge Fletcher described the aftermath: “You pushed her out. You did not go in the street with her to make sure the taxi was going to take her safely home.

“All you could do was shout down from the roof above, the behaviour of a callous coward.”

“You showed your friend the video. Within 24 hours you showed it to another person. The video’s existence became general knowledge. This is a serious case.”

Aziz Khan was jailed for 11 years and two months. In addition, he was also subjected to an indefinite restraining order which prevents him from contacting the woman or her parents in the foreseen future.

Dhiren is a journalism graduate with a passion for gaming, watching films and sports. He also enjoys cooking from time to time. His motto is to “Live life one day at a time.”
Two Men jailed for ‘Cutting’ Heroin in Birmingham House
Pakistan’s Notorious ‘Chotu Gang’ gets Death Sentence