A UK family had a shock when they found Indian freedom fighter Tipu Sultan’s stolen treasure in their attic. The treasure is set to be auctioned.

"this collection is more important than the previous one that sold."

A family from Berkshire are set to become millionaires after discovering that a haul of Indian treasure in their attic is worth millions.

It was Tipu Sultan’s stolen treasure that they found. He ruled Mysore in India from 1782 to 1799.

Their ancestor, a British army officer, stole it from Tipu’s palace during his defeat to the Duke of Wellington in 1799.

The weapons were brought back to Britain by Major Thomas Hart of the British East India Company after the Fourth Anglo-Mysore war.

They were passed down through his family and now belonged to a couple who kept the stash wrapped in newspaper in their attic.

It is believed that among the treasure, there is the gun used by Tipu, also known as the ‘Tiger of Mysore’ in his last faceoff against the British.

The weapon has a tiger stripe pattern unique to Tipu and there is damage caused by a musket ball that is said to have killed him. 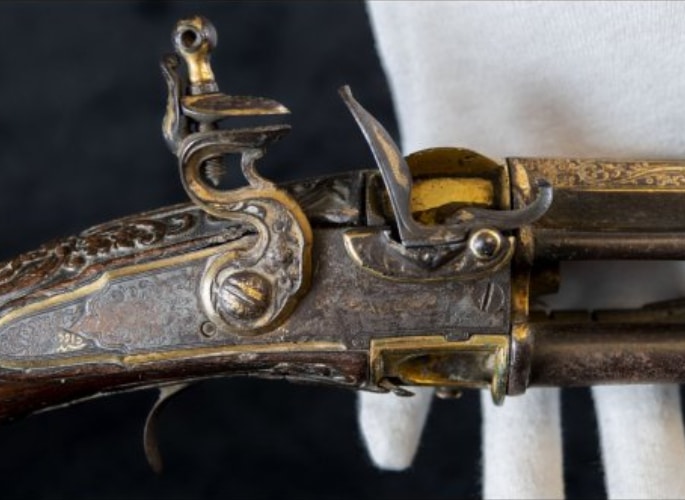 A gold-encrusted firangi sword was also discovered. It featured the mark of Haider Ali Khan, Tipu’s father and the previous ruler of Mysore.

As reported by Metro, the cache is expected to fetch millions at auction.

In 2016, other items belonging to Tipu were sold for £6 million. Auctioneer Anthony Cribb said this new discovery may be more significant. 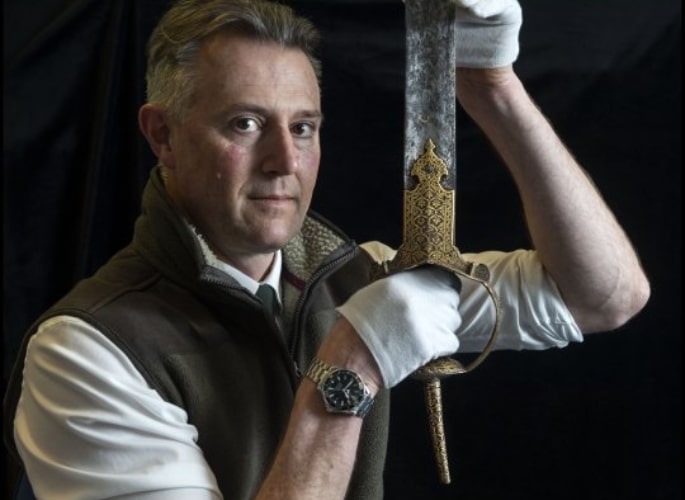 He said: “It is impossible to put a price on these items but I would say this collection is more important than the previous one that sold.

“That one was put together over 40 years and came from lots of different places.

“But these weapons were picked up at the battlement by a military officer who was there and have been in the same family for 220 years.

“When I first saw the gun I nearly fainted. It is a once in a lifetime find.”

“The owners are just an ordinary family who live in a Victorian semi-detached house.

“You could describe this find as like a lottery win for them.”

The British waged war against Tipu after a spy intercepted a letter from French military leader Napoleon Bonaparte. He proposed an alliance with Tipu against the British. 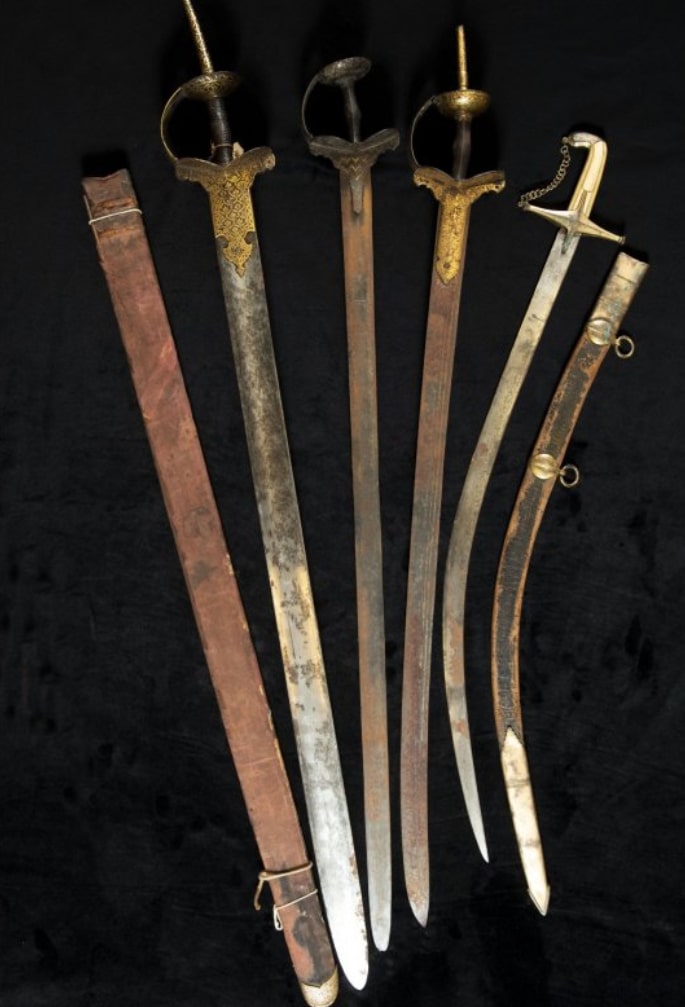 Arthur Wellesley, later known as the Duke of Wellington, led his army into Seringapatam, the capital of Mysore.

As British soldiers breached the fortress walls, Tipu fired longarm muskets at them.

He was killed when a musket ball deflected off his gun and hit him above the right eye.

In the aftermath, British soldiers helped themselves to the wealthy ruler’s possessions and weapons.

In the following weeks, several auctions were held where soldiers were able to get their hands on gold, jewellery, armour, clothing and even Tipu’s throne from the palace.

The most impressive item is the 21-shot repeating flintlock musket used by Tipu in battle.

There are two identical weapons in near-perfect condition at Windsor Castle after they were gifted to King George III. 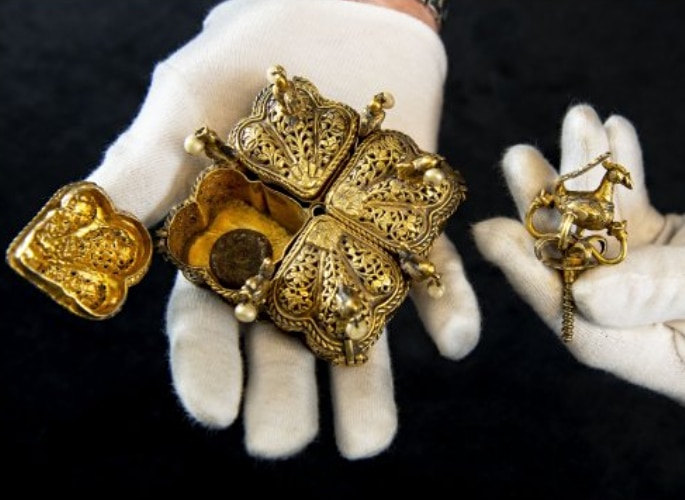 This is one example of the many treasures, relics and items looted from India during the British Raj.

The most famous of these being the Kohinoor diamond.

Most would argue that this should be returned back to India and it’s rightful owners.

Auctioning these items found and profiting from the stolen property in this manner is seen by most as a crime against those from whom it was taken.

An example of the reality of the British rule of India and how it acted against the India of that era, can be easily realised by this find.