Group Lotus director Uday Senapati has been banned from driving after he failed a breathalyser test following a night out in Norwich.

he knew he was probably over the legal limit.

Group Lotus director Uday Senapati has been banned from driving for 12 months after he was caught drink driving.

Senapati, of Nantwich, Cheshire, had been out in Norwich and did not want to leave his car in the street.

He went to drive it into the car park on St Giles Street but police officers stopped him as he did so.

Senapati took a breathalyser test which showed that he was almost double over the limit. He was found to have 63 micrograms of alcohol in 100 millilitres of breath. The legal limit is 35.

The Lotus boss admitted to driving under the influence of alcohol on February 15, 2019. He appeared before magistrates on Friday, March 8, 2019.

He said he did not want to drive home as he knew he was probably over the legal limit. This was the reason why Mr Senapati had tried to move his car into the car park.

He joined the British car maker in August 2018 as the company was undergoing the next stage of its growth.

Senapati is responsible for all current and future product lines, including digital products and services. 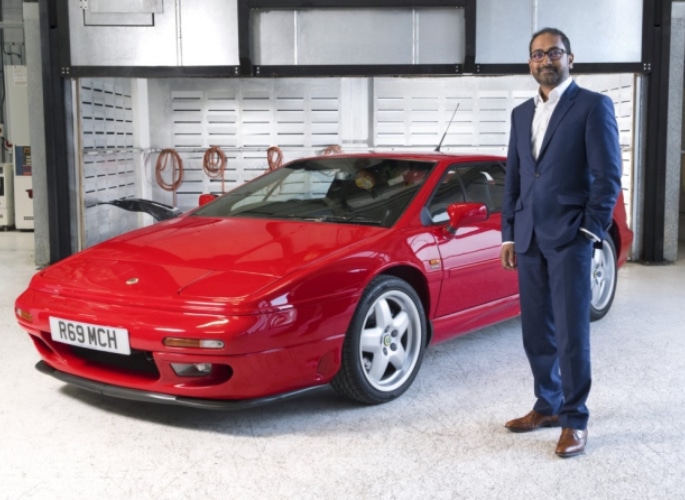 Senapati spoke highly of Lotus when he joined the company. He said:

“Lotus has a tremendous sporting and racing heritage and is in the enviable position of having produced some of the world’s most iconic sports cars.

“To be able to work closely with some of the best people in the industry on bringing the next generation of advanced high-performance vehicles to market is immensely exciting and I’m looking forward to the challenges ahead.”

Uday Senapati is not the only high-profile Lotus employee who has been involved in a drink driving incident.

In June 2018, purchasing manager Marc Adams, then 37, received a driving ban after he failed to provide a breathalyser test.

The court heard how Adams had been driving at “excess speed” and changing lanes.

Adams said he pulled over because he did not feel well and “was on the verge of blackout”.

Dhiren is a journalism graduate with a passion for gaming, watching films and sports. He also enjoys cooking from time to time. His motto is to “Live life one day at a time.”
Indian Bride refuses to Marry Groom who was Too Drunk
Tipu Sultan’s stolen Treasure found in UK Family’s Attic