The Rise of Indian Cryptocurrency Investors

A report found that 18% of India’s wealthiest citizens invested in cryptocurrency. We explore this further as well as the richest investors.

“No one should invest their entire savings"

According to a Knight Frank report, 18% of Indian ultra high net-worth individuals (UHNWIs) invested in cryptocurrency and relevant assets in 2021.

This is amid the growing popularity of cryptocurrencies and NFTs.

UHNWIs are those who have a net worth of $30 million or more.

In its Wealth Report, Knight Frank said that 18% of the wealthiest Indians now own cryptocurrencies.

When The Wealth Report first explored the potential of blockchains in 2018, a third of survey respondents said they doubted their clients had even heard of them.

Fourteen per cent believed blockchains would significantly influence how wealth was managed.

The report said: “2021 was the year that crypto investments went mainstream.

“The sector’s growth was certainly eyewatering. According to The Economist magazine, the global value of crypto-assets was $2.4 trillion at the end of 2021, a 12-fold increase since early 2020.”

It added that there are now more than 8,000 cryptocurrencies in circulation for investors.

A third of survey respondents said security concerns were behind their reluctance to invest.

However, over 60% said that UHNWIs still do not understand the market sufficiently well to feel confident enough to jump in.

The report said: “Volatility is also a significant concern, although for many traders that is the main attraction.”

In India, there are a number of successful cryptocurrency investors as well as Indian crypto billionaires. We explore this. 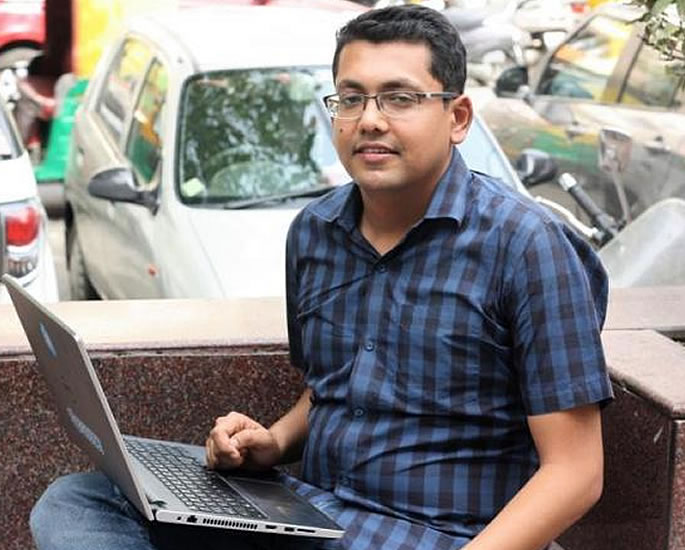 Delhi-based Akshat Gupta first decided to invest in cryptocurrency in 2018.

He said: “A few friends of mine had been tracking the growth of Bitcoin and told me to invest.

“I found out more about it and found the concept interesting so I decided to invest.”

Over the past three years, Akshat sold 10 BTC to retrieve his initial capital.

For them, Akshat has one piece of advice.

“No one should invest their entire savings in cryptocurrencies.

“Some people who are suffering because of the fluctuations in the value of cryptos are the ones who have invested huge amounts from their savings. There is nothing called stability here.

“Moreover, I believe it is not possible to see the kind of returns here now as it was earlier. If you were an early investor, you could have easily made 20 to 30 times your initial investment.

“Now, you can only expect it to double. There are only 21 million Bitcoin that can be mined, so there is saturation in the market now.” 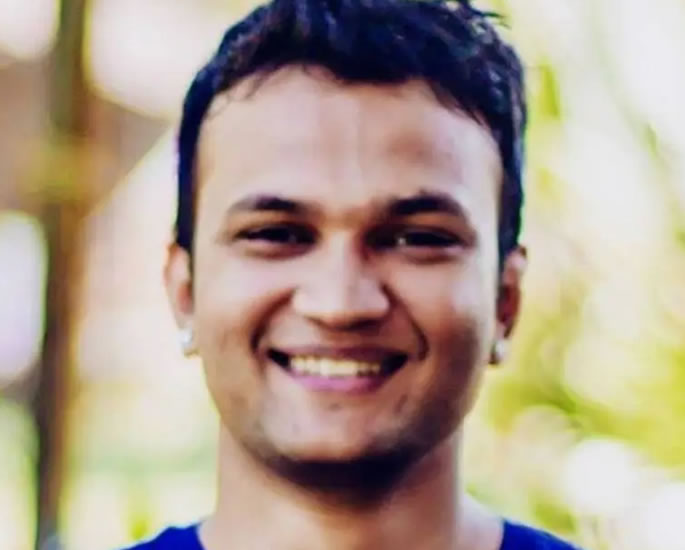 Aditya Singh first heard about cryptocurrency in 2013 and in 2014, he downloaded Bitcoin mining software onto his computer.

“I realised you have to continuously run it, and it used to consume a lot of GPU power and I couldn’t do other tasks.”

He uninstalled the software after two days.

His brother was in the recruitment sector. Aditya joined him and the two started their own company.

When one European client offered to pay the brothers in Bitcoin, they started researching Bitcoin.

In 2016, Aditya realised that Bitcoin is here to stay.

Through his YouTube channel Crypto India, Aditya is educating people about cryptocurrency and how to safely invest in it. 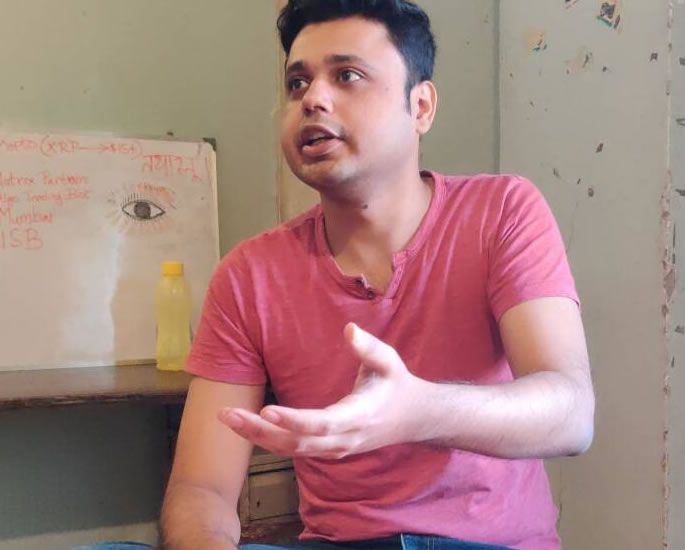 Pankaj Chowdhury believes cryptocurrency can exponentially increase wealth and it can fight inflation.

He said: “High volatility is a risk factor but invest as much which you can afford to lose.”

Pankaj has invested around 20% of his savings from previous jobs in cryptocurrency.

“Bitcoin is a digital asset which is censorship-resistant. It’s been designed to be out of control of any authority.

“It is structured in a mathematical manner, basically, it is global money without national boundaries.

“Transactions on the Bitcoin network can occur without banks. No one can track the private wealth you store on this blockchain.

“Bitcoin is not a business rather it gives you both ownership and usage of the network. As an investor, you are both a shareholder and a consumer.”

While he has cashed in some of his investments, Pankaj has kept most of the invested money for the long term.

He also believes that cryptocurrency can help solve inflation-related issues.

He says: “I don’t expect Bitcoin and cryptocurrencies to change my life.

“What’s wrong with it? Earlier, people were investing in land and women used to buy gold, now it’s a new age and people are investing in crypto which many consider as digital gold.

“I wanted to find out a solution for inflation. It might change my life I might be extremely lucky but I feel even if I manage to meet the inflation with this investment then I am a winner.

“I have not invested everything I own, I can afford to lose some.” 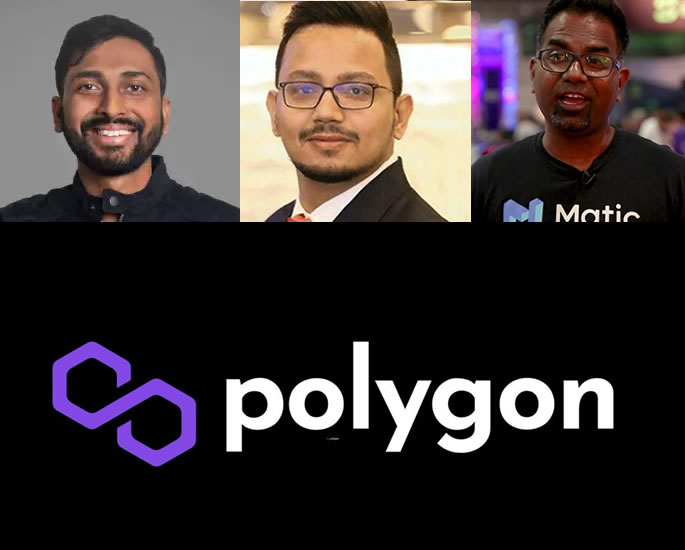 The rise of cryptocurrency in India has resulted in wealthy citizens and even billionaires.

Polygon helps to increase the load of transactions on a particular platform, in this case, Ethereum.

While Polygon rests heavily on Ethereum transactions, they allow users to build applications on Polygon at a lower price.

Its native token, Matic, can be used by Polygon’s users to indulge in crypto trading transactions.

Validated by the rise of cryptocurrency as well as Ethereum, Matic has taken Polygon’s valuation from $26 million to over $14 billion now.

This has made the three co-founders India’s first crypto billionaires.

Sandeep Nailwal said: “We are not really in need of money.

“Our investments going forward will be strategic in nature where the individuals coming onboard will bring larger value than just money.

“We are US-listed and regulated with our listing on Coinbase, and this brings institutional investors to Polygon.”

Shark Tank‘s Mark Cuban is an investor in Polygon.

“They work on Ethereum, which is really costly. Right now, the minimum size of the NFT needs to be something like $500 to afford $50 in gas fees.

“But on Polygon, gas fees will be a fraction of a cent which allows you to sell lower-priced NFTs.”

Polygon is also being used by the government to track Covid test results in Maharashtra.

Sandeep added: “They are not formally working with us, but there are a few vendors who are working with the Maharashtra government who are using Polygon.”

As cryptocurrency continues to grow, so does the number of investors.

In India, more people are becoming aware of this space.

Some people are providing information on the matter while others are investing.

Expect even more Indians to invest in cryptocurrency in the hope of increasing their personal wealth.