The Challenges of Being an Asian Model

"There are many structures to earn fame but choosing the right path is a battle."

We’ve all been asked during our childhood: What do you want to be when you’re older?

Whether it’s from our teachers, aunts or mothers, the most common responses from any well trained Asian are a doctor, teacher, accountant or lawyer.

But there’s always a complexity and struggle for the ones who have big aspirations in their little eyes. These are the individuals who dare to be different. Who dare to overcome the myths. Who dare to conflict with the rest of the world to achieve success.

As time ticks on the world is becoming more innovative and contemporary. Media is one of the great examples. The number of people attempting this field has been increased over the last years in the Asian community.

Yet it is still accepted by many in the 21st century that a women’s role is simply to remain at home. This mental attitude towards women is shocking but it’s more awkward to accept that it exists in Europe. 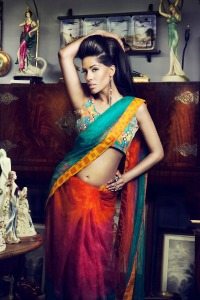 Becoming an Asian model and actress is a challenging and long struggle. Not necessarily in terms of finding work, but in terms of being accepted by Asian society.

The profession of acting or modelling disturbs the myths as well as the regular customs and traditions of Asian society as the profession involves appearing in the public eye.

It requires you to be independent and take responsibilities not inside but outside of the doorstep. Moreover, it involves achieving an identity other than the customary identity for a women such as a daughter in law, a sister, a wife or a mother.

One such example of an aspiring model and actress is Zara Fahim, who grew up in a strict cultural family.

Zara admits that she always felt limited in what she could do with her life: “There isn’t any choice acknowledged to a women other than practising the family’s invented traditions and customs. If she chooses to go against the myths she is an insult.”

“Ridiculously in my family it is believed that if a women chooses to work outside the threshold she will go to hell and will take her family to hell with her. This is humorous for us but a traditional belief for some. Yes it was hopeless to achieve my determination of becoming an actress but I didn’t dream to break it I dreamt to make it possible,” Zara says.

Since Zara was born, her family had already chosen the paths for her to walk on. Her mother, Aisha Fahim says: “It’s parents right and duty to think the best for their child therefore we decide who they want to get married to where they should study what they should wear or even eat. We know the best for them as parents.” 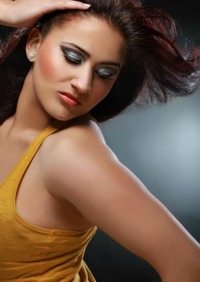 It is appreciated and respected how much parents care for their children. But is it fair that Zara is cursed by society for having an ambition? That she is an insult just because she wants an identity more than just being a daughter in law or a mother?

Zara says: “Not only my parents but my aunts, uncles, sister, cousins, friends, neighbours and even co-workers were against my decisions. When they named my dream of becoming an actress to be dishonourable and shameful I felt hurt and frustrated.”

It certainly does hurt the most when our loved ones are the ones we have differences with. There is no moral support for a struggler like Zara but the support of her own confidence and faith in her talent.

A friend of Zara’s says: “She is very different from my other friends. I don’t mean to discourage her but I don’t think she will become an actress as its very tough plus she has no support from her family. If she decides to continue she will have to sacrifice all bonds. I think it’s going to be a massive struggle for her.”

Zara was eventually forced to leave her family home to pursue her dreams. Her father said: “We are fed up and ashamed of our daughter. Our close ones question us as soon as we step out of the house. Our reputation has been affected. She left us no choice.” 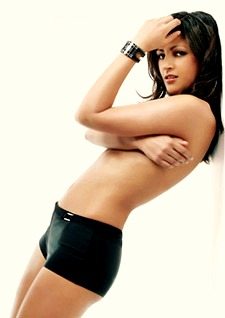 This is just one example of a conflict someone can face who wants to become a model or an actress.

However, there are yet more struggles to face in the journey to stardom. When it comes to finding work the industry is a trap. It’s challenging to find the right paths in this trap.

Zara’s Media teacher, Jonathan Michael says: “There is no doubt that Zara is talented but that’s not enough in this industry. Especially for women.”

Zara found it tough to find work especially when financial problems raised themselves. She decided to work as a waitress and worked for one year. It was difficult not because of her job because she wanted to become something else.

When Zara managed to find some modelling work it was a struggle to compete with those who had better source of support from the media industry. Production houses tend to cast those referred by well-established actors, producers, directors or other media experts.

Perfect examples are today’s Bollywood actors and actress like Sonashki Sinha, Sonam Kapoor, Abhishek Bachan, Tushar Kapoor and many more. Respect to the fact they perform well. But is it fair that these actors achieve fame with efficiency in the industry as comparability with Zara?

“The challenge of becoming a model is tough but it’s tougher when you’re an Asian, when you see someone on screen that is less deserving it doesn’t surprise me. Because I have seen the world and I know it is unfair.”

Most of the work Zara has been offered has crossed the limits of her own dignity, such as nude shoots and item songs. Zara says: “Item songs have been very popular. Cheap choreography, cheap lyrics, vulgar costumes, vulgar expressions moreover it’s a cheap publicity stunt and I would disrespect my talent if I had said yes to the project.”

Zara has struggled to accomplish importance within her own family, the society and then in the industry. She promised to give herself an identity as an actress but the journey wasn’t plain.

But that is not to say that the journey is an impossible one. Zara concludes her experience: “There are many structures to earn fame and choosing the right path is a battle, but rewarding at last.”

Suman Hanif is an emerging filmmaker. With a passion to entertain and write Suman's work explores health, social and environmental concerns with the intention to empower people. "Journalism is an exciting opportunity that enables me to communicate to the world."
The British Indian Awards 2013
Prince William has Indian Roots