A British Pakistani plus-size model has revealed her story about becoming a model and promotes the view that underweight modelling is bad for society.

"It was there that I realised that I was the only plus size woman."

British Pakistani plus-size model Lady Mya Amarise has become a constant presence at plus size modelling competitions in the UK and USA and has called the idea of underweight modelling as being unhealthy.

She has also said Pakistani women are amongst the most beautiful women in the world but they need more exposure and recognition which is restricted due to cultural reasons.

Mya’s venture into modelling is inspirational as she was married to a relative from Pakistan at age 16 and the plus-size factor caused issues in their marriage.

It led to body shaming which inspired her to use her body to motivate others who have experienced it.

She said: “I was degraded on it that’s why I embraced what was my weakness to empower myself and motivate other women like myself who suffer.

“I decided to part ways due to a lot of uncertainty and personality clashes. I empowered myself what put me down for 15 years of marriage.”

She has called the obsession to be thin “unacceptable” and that using underweight models and shaming curvaceous women is wrong and must be discouraged.

Mya’s first success came in 2013 when she became the first ever Asian woman to win Miss British Beauty Curve 2013, beating over 300 models to the crown. 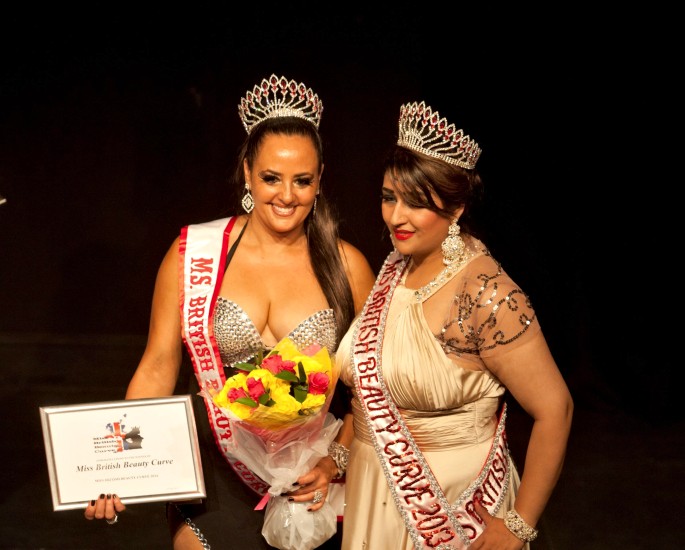 She said: “At the grand finale, I competed with over 300 plus size ladies from around the United Kingdom and I was over the moon when I was crowned as Miss British Beauty Curve 2013 for the Asian entry of the competition.”

It was after when she decided to showcase her talent overseas in Miami at the Miss United Nations pageant.

Upon seeing the other models, Mya was the only plus-size model and she felt that she had no chance of winning, especially as the fashion industry discriminates against bigger women in her view.

“It was there that I realised that I was the only plus size woman, the rest were all size 6 to 8 and not more. I was size 14.

“I felt there was no chance for me to win as I was a plus size and obviously I felt restricted as a Muslim woman as I didn’t want to do swimwear and told the organisers that I will wear only modest clothes. I wore a long kaftan.”

Despite her beliefs in discrimination against bigger women she was met with a standing ovation from the crowd and won the competition. 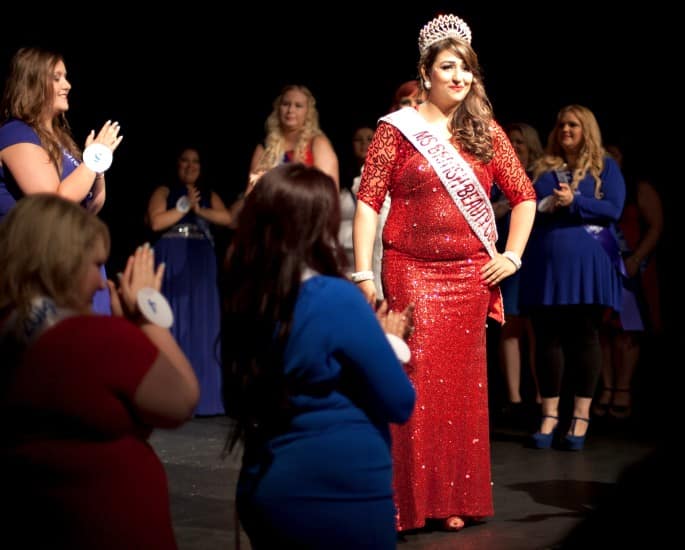 Mya added: “I was so super proud of myself. I couldn’t believe that I had taken the crown from many other women including from the United Kingdom. I flew back home to London with my head held high.”

In western countries like the USA, the appreciation for plus-sized women however in many countries, the obsession to be thin is not a healthy one.

To meet the demands of modelling agencies, women are forced to take extreme measures in order to stay slim.

In many cases, models resort to taking drugs, alcohol and tablets to lose their appetite for food which can be detrimental to their health and wellbeing.

Mya said: “That’s killing women. Girls are under pressure from a young age to look thin and not eat well, this obsession with thinness is negative. That’s unacceptable.”

Constantly killing your appetite will need to weight loss and can lead to an eating disorder such as anorexia as the obsession to be thin becomes a priority.

According to Mya, the mainstream fashion industry only appreciates thin-sized women.

“In America, there is a huge demand for the plus-sized women and big size is appreciated but sadly it’s shunned in many parts of the world.

“The real beauty lies inside of women and not in how thin and slim they are. It is curves that matter and that make women beautiful.

“Obesity is unhealthy and fatness is illness but being healthy is good and there is nothing to be ashamed of big size. The culture of body shaming must end and the industry needs to look beyond stereotypes around beauty and stop body shaming.”

The encouragement of curvy women is significant in America which is what Mya likes about the country.

It is full of freedom for women because “curvy women are appreciated and being plus size is a plus. I am a broad and big woman and I have seen that big women are encouraged a lot in America.”

Lady Mya’s modelling success and charity work have given Pakistani women and plus-size women more exposure and confidence when it comes to modelling.

Dhiren is a journalism graduate with a passion for gaming, watching films and sports. He also enjoys cooking from time to time. His motto is to “Live life one day at a time.”
7 Effective Desi Remedies for Gastritis and Digestion Problems
Faryal Makhdoom with Minimal Makeup sparks Reactions