The inaugural British Indian Awards were held in Birmingham on 17 May 2013, recognising the success and achievements of British people of Indian origin.

"The awards ceremony showcased the very best in talent"

May 17, 2013 saw the first ever British Indian Awards take place at the grand St Johns Hotel in Birmingham.

Highlighting the best community members of Indian heritage, the event saw a mixture of great celeb talents and and rising sport stars.

DESIblitz covered the event and got the chance to meet and get some exclusive gupshup from more than just a few familiar faces.

This was not just any award ceremony. This huge event was set up in order to serve, recognise and reward people of Indian heritage. 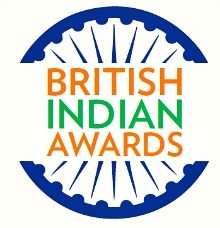 The awards ceremony was a colourful celebration with great food and entertainment by dance group, Desi Naach.

Altogether, it showcased the British Indians working hard for their community, focusing on talented individuals who are pioneers in their respective fields. All of this, which combined makes Britain a great multi-talented and diverse nation.

Presenting the awards for the winners at the British Indian Awards 2013 were BDO LLP, an accountancy and business advisory firm.

“We have some truly inspirational individuals who are proud to be Indian and British and the Awards were a great platform to recognise their efforts and achievements.”

“It was a fantastic evening and I would like to thank everyone for attending and a big thank you to our sponsors. Congratulations to all our winner and finalists, and I hope to see you next year!” Arora added.

The glamorous event was attended by over 400 people, which included the likes of Vijay Bhatti, lead vocalist of Bhangra band Achanak. In particular, members of the BAFTA nominated Channel 4 show, The Family, drew much loved attention from the other guests.

DESIblitz managed to get some exclusive gupshup from Aunty and Uncle ji themselves after the event, alongside the rest of their wonderful family.

Son and daughter-in-law, Sunny and Shay were hosts for the evening, cracking a few jokes along the way. The presenting duo have become well recognised celebs in their own right as they now have their own radio show on BBC London 94.9 FM. Besides this, they often appear on B4U Music hosting a lot of big events and functions, and have become a great inspiration to the rest of the Indian community.

Whilst also celebrating achievements, the event promoted and raised funds for their official charity partner, Pratham UK. The aim of the charity is to provide education to the underprivileged children in India 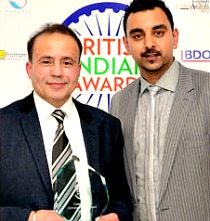 Mr Arbinder Chatwal Head of India Advisory Services, BDO LLP mentioned: “It’s important that we take the time to recognise the achievements of the Indian community in Britain today.”

“The awards ceremony showcased the very best in talent and we have been proud to be part of the celebrations. Congratulations to all the winners, who demonstrate an impressive mix of dedication, hard work, integrity and creativity,” he added.

DESIblitz commends the efforts of Mr Chatwal and Oceanic Consulting for putting together an excellent event. We look forward to many more British Indian Awards in the years to follow – this years ceremony has been very inspiring, bringing together people from all walks of life for one evening of amazing achievement. Something which makes all us Desi’s proud to be Asian!

Here are the winners of the 2013 British Indian Awards:

THE COMMUNITY AWARD
The Loomba Foundation

Anisha has lived and breathed Bollywood since she was young! She loves everything Desi and would like to become an actress in the future. Her life motto is " Zindagi nahin milti hai baar baar, toh khul ke jio aur haso - umar beeth jaati hai..."