When it comes to social networking, it’s hard to know who to trust. For one unfortunate victim, the consequences of social media were far more than she could have ever imagined.

Facebook is not a platform for building professional links, especially in the media industry.

It all started back in 2004 by Mark Zuckerberg. When Facebook was officially introduced on the internet it was an instant hit.

Today, there are billions of active users, with millions of fake profiles and millions of deceptions from behind the screen.

Sara Ali says: “When I first joined Facebook I wasn’t sure about the consequences I would face. Facebook seemed like a platform where I could start building links in the [media] industry. I started accepting requests from people I personally never met. There is no harm that can be caused from behind the screen. I was wrong.”

Sara accepted a request from ‘Sonia Kalsoom’. Sonia created sympathy for herself by telling Sara about her recent break up with a celebrity. She claimed that she was a doctor currently residing in Canada.

After a good few years of Facebook friendship, she recommended a drama director in Pakistan who was holding auditions for an upcoming project. Sara explored the page and felt the pictures were convincing. She trusted the four years of friendship and decided to contact the director. 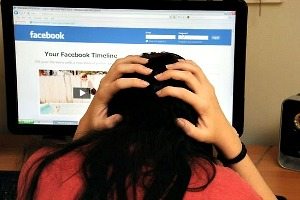 Sara was soon in Pakistan. Everything seemed very exciting. She met with well-known artists and directors. She also met Mona, who was a makeup artist on the set.

She became good friends with Sara and insisted that she didn’t stay alone in Pakistan. She invited her to stay in her flat. Mona was separated from her husband and lived with her four children aged six to eighteen.

After a few days of acting work, Mona informed Sara that the team’s intentions were not good. She suggested that Sara leave the project as they could spoil her image.

She then explained about Sonia Kalsoom. She mentioned that she was a good friend of her for a few years. Sara took her advice and quit.

Mona introduced Sara with well-known celebrities and soon Sara was called to for some work with brands. 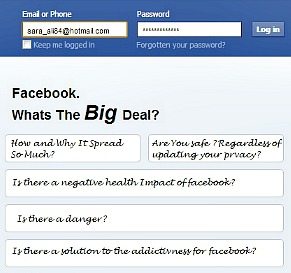 Meanwhile, Mona was taking care of all Sara’s finances and looking after her. She advised Sara that it was best if she used her bank account instead of creating her own account.

Sara agreed: “We were all living like a family and life seemed very satisfying,” she said.

Sara’s family came to visit her in Mona’s flat. They met Mona and saw how close Sara was to her and were not happy. They tried to convince Sara to stay away from Mona. Sara refused.

Her family said they had no other option but to keep her safe. They took Sara away and locked her in a room and took her phone away from her.

Sara said: “After a few days it was getting too much for me; I was very upset and angry at that time. It got to the stage where I had taken plenty of tablets to commit suicide.”

After being rushed to the hospital, Sara said: “When I opened my eyes I saw police. They explained about Mona and why I was locked in the room. They claimed Mona was involved in a gang that sold girls in Pakistan. Her business was to sell young and beautiful girls after achieving their trust. The police furthermore explained that Mona addicts her victims to drugs and then sells them.”

Sara could not believe what she was hearing. The police told her to call Mona and request her to withdraw all Sara’s money from her account. When Mona answered, she said: “What money? You had withdrawn it all remember?”

Sara said: “I was stunned. It was a gigantic shock. I don’t understand why I trusted Mona and why I became so addicted to her? Why did I trust her? Perhaps it was drugs? Perhaps it was the way she used to prove herself well.”

“My life seemed to have concluded. My health was wrecked. I was mentally disturbed, due to the drugs I was given in food by Mona. My career had also fallen apart. But luckily I escaped unlike many other girls that didn’t before me or perhaps will not be after me.” 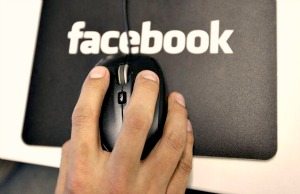 Sara slowly began to realise the conspiracy. Sonia Kalsoom was Mona. First of all she achieved Sara’s trust as a friend on Facebook then called her to Pakistan for work.

When Sara was finally in Pakistan Mona instructed the drama director to hand her over to Mona. She had paid the director to do so. Mona had planned it all very carefully. Even the modelling projects Sara was involved in were fraud.

Sara says: “I had decided this is not how it ends for me and I have to be strong. If I have to take revenge, then I had to become something in life.”

It wasn’t very long when Sara received an offer from an agency for work. She also applied for a degree course in film making. 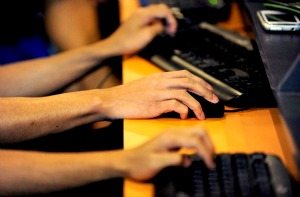 The scams on Facebook are very well trained. There is not one brain that is operating behind the screen; there are many members that are working very hard to influence and brainwash their targets.

Each of us exercise Facebook for different purposes, right?

But why do we forget that Facebook has been introduced as a social networking site and should only be used to socialise only with people you know.

The next time you accept or add someone on Facebook you are personally unfamiliar with, ask yourself these questions:

Facebook is not a platform for building professional links, especially in the media industry. Well established business and agencies do not waste their time on Facebook seeking for new talent because it’s a ‘social’ networking site.

The worst of it is that people like Mona/Sonia Kalsoom are still out there, preying on their next victim who innocently accepts their friend request. But how can we stop such deception? All we can do is make sure we know exactly who we’re talking to behind the computer screen.

Suman Hanif is an emerging filmmaker. With a passion to entertain and write Suman's work explores health, social and environmental concerns with the intention to empower people. "Journalism is an exciting opportunity that enables me to communicate to the world."
Guide for Women Travelling to India
The British Indian Awards 2013