New research into genetic ancestry has found that Prince William has Indian roots through his mother, Princess Diana’s, side. We always knew he was a Desi deep down!

“This a great example of how genetics can be used to uncover facts about our ancestry.”

So, it turns out that Prince William may in fact be a fellow Desi after all!

Studies carried out by the University of Edinburgh and BritainsDNA, who are research experts in genetic ancestry, have classed the Duke of Cambridge and future King of England as having traces of Indian in his DNA.

What follows is a confirmed link to Indian ancestry. This is the Royals only non-European DNA present. The tests were made via saliva samples taken from two distant cousins of the Prince Royal on his mother, Princess Diana’s, side. 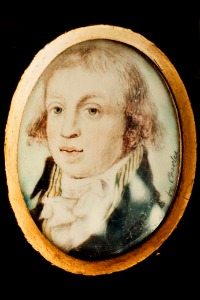 Forbes (1788-1820) was a Scottish merchant from Aberdeenshire who worked in the East India Company in Surat, Mumbai.

Eliza and Theodore had a conjugal relationship, while she worked as his housekeeper in Mumbai. They had three children together.

Until now, it had been assumed that Eliza was in fact Armenian, but now we understand that she was in fact an Indian woman.

William’s line is connected to Eliza and Theodore’s first born, Katherine Scott Thorbes. She was born in Surat followed by a younger brother, Alexander Scott and another sibling.

Theodore tragically died while at sea on the return journey to Britain. Katherine however, was brought back to her family’s home in Aberdeenshire.

It is through an unbroken line of daughters from Katherine that has ensure that this hereditary strand has continued all the way to Princess Diana.

The strand of DNA found is thought to be extremely rare, as only 0.3 per cent of people carry this lineage in India. It is an uncommon form of mitochondrial DNA (mtDNA) which is passed down through females almost unchanged.

Interestingly the strand is only hereditary in people from the Indian subcontinent.

The research team who carried out the study admitted:

“Through genealogy we traced two living direct descendants of Eliza and by reading the sequence of their mtDNA, we showed not only that they matched, but also that it belongs to a haplogroup called R30b, thus determining Eliza Kewark’s haplogroup.” 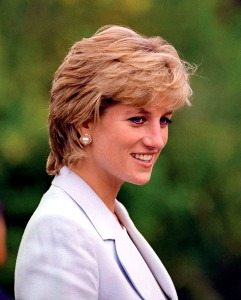 Prince William shares the mtDNA with his brother Harry. However, as it is passed on through the female line, it will not continue down to future British Royals. Sadly, the Desi-ness stops there!

Princess Diana’s maternal aunt, Mary Roach, said: “I always assumed that I was part-Armenian so I am delighted that I also have an Indian background.”

The research team which was headed by genetics expert, Dr Jim Wilson said: “This a great example of how genetics can be used to answer specific historical questions and uncover fascinating facts about our ancestry.”

India has always shared an interesting and rich relationship with British Royalty, ever since the colonial period.

Queen Elizabeth has always held India in warm regard following her many trips to the rich and plentiful nation. In return, she has been received warmly by the general populace who hold her in high regard.

It seems only fitting then that some of this Indianness has finally brushed off on the young royals, William and Harry.

We at DESIblitz are completely fascinated by this news. The mtDNA which has been passed down through seven generations has remained almost unchanged. It seems that British Asians have a lot more in common with the Royal family after all!

William and his wife Katherine are yet to visit India on their tour of the Commonwealth. The Royal couple are expecting their first child in July 2013.

It is believed that following the royal birth, an official trip to India will take place.

Aisha is an editor and a creative writer. Her passions include music, theatre, art and reading. Her motto is “Life is too short, so eat dessert first!”
The Challenges of Being an Asian Model
How to Become a British Asian Actor